Last Week: Interest Rates declined while US equities were little changed on the week amid presidential elections in France and South Korea and fresh political turbulence in Washington. The yield on the US 10-year Treasury note, at 2.33%, traded slightly lower, while 1-month LIBOR finished the week at .9924% from .9941% the week prior. Oil rallied modestly, the US dollar weakened while Gold strengthened. Market volatility increased slightly, but remained near historic lows.

The US consumer perked up. US retail sales expanded at the fastest rate in three months in April, while prior months’ data were revised higher. Strong labor markets and modestly rising wages supported increased consumption. Consumer prices (read: inflation) in the US remains subdued, rising just 0.2% in April after falling 0.3% in March. Core CPI rose 0.1% in April, and was up 1.9% versus a year ago. Consumers’ confidence in the future and their willingness to spend is a critical component to US economic growth and successive Fed interest rate hikes. Last week’s showing of robust retail sales amid subdued consumer prices paves the road for a June Fed hike.

Trumps reform agenda now likely to be even lighter and even later. President Donald Trump’s health care reform and tax cut agenda have faced significant legislative headwinds for some time, but those headwinds stiffened considerably after the president removed from office embattled FBI director James Comey. Measures that require a 60-vote majority in the 100-seat United States Senate will be extremely difficult to enact given the charged political environment. Republicans, with 52 senators, hold a slim majority.

This Week: It’s a light week for data, but what’s on tap is important. The looming slate of data will offer further confirmation that the US economy has indeed rebounded from its Q1 doldrums. The most important data point is Tuesday’s Industrial Production gauge for April, which will offer clues into how the factory sector, specifically auto sales, is performing. Strength in recent surveys of purchasing manager activity suggests the factory sector will continue to improve.

Take-Away: The combination of a rebound in hiring, evidenced in the April Jobs report, robust retail sales and improving consumer financial expectations suggests an economic rebound is underway and all but assures a 0.25% Fed hike in June.

Despite the green light for a hike now however, the lack of any real signs of inflation put a damper on any need to hike successively, and feed the Fed’s overall dovish stance. What will the Fed do after June? With a stalling of the Trump reform agenda and slow and bumpy economic growth, we’ll likely see just one more hike for the year, bringing the total to three for 2017. 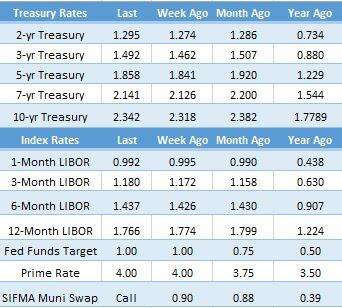 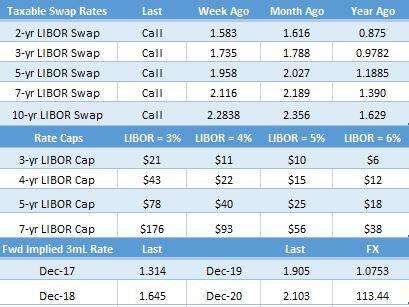 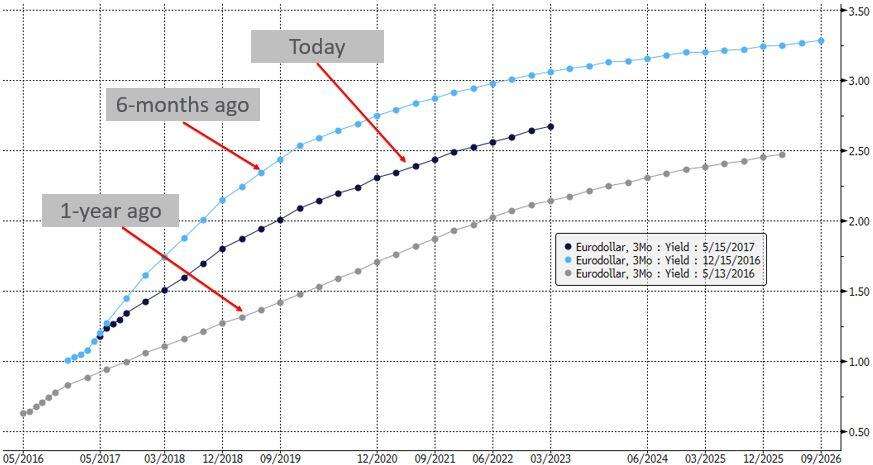 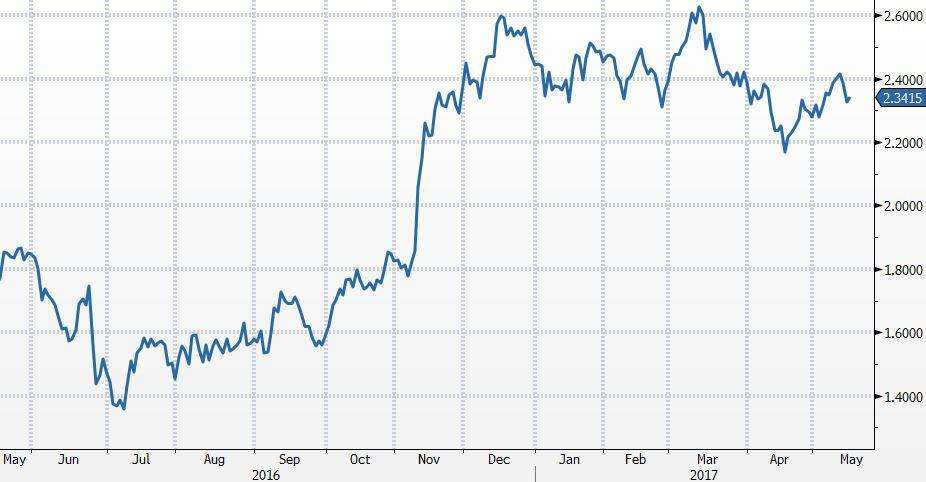