Last Week: Interest rates fell as major US equity indices posted at or near record highs as fears of recession steadily dissipated and hopes for a near-term US-China trade agreement endured but mellowed. The yield on the US-10-year Treasury note declined 11 basis points to 1.82% while 1-month LIBOR followed suit, sliding to 1.73% from 1.76% at the start of the week. Crude oil rose $0.90 to $57.15, as the US dollar weakened, and Gold strengthened. Treasury yield volatility fell to 4.28 from 4.76 this time last week.

Chair Powell hammered home the Fed’s “we’re on hold” message.  In testimony on Capitol Hill, the Fed Chairman indicated that we won’t see any more rate cuts as long as US economic data continue to support the Fed’s outlook. More on this below.

Hope for a US-China trade deal keeps rates on a precipice while obstacles mount. Markets remain optimistic that the US and China will reach a phase one trade agreement by the end of the year, but familiar stumbling blocks continue to throw sand in the negotiation gears. China remains wary of the US demand that it commits to large agricultural purchases while the US continues to resist the rollback of existing tariffs. Bond markets are seemingly growing increasingly frustrated with the pace of progress in trade negotiations. Treasury yields fell accordingly, after reflation wagers had the 10-year yield on the brink of eclipsing 2% for the first time in months.

We won’t bore you with the latest tit-for-tat, but rather challenge you to ponder: What happens if there isn’t a US-China trade deal around the corner? The first and biggest consequence would likely be a further escalation in the trade war. While President Trump has already put on hold an Oct. 15 tariff increase from 10% to 15% on one tranche of $110 billion in imports from China, there’s a bigger one looming on December 15th: new 15% import duties on a further $160 billion in goods including consumer favorites like smartphones and toys, subjecting almost all trade between the U.S. and China to new tariffs. US consumers, who have started to finally encounter the costs of the trade war in recent months, would then be suddenly confronting new choices and questions amid a world of higher prices. Such a scenario implies a decline in long-term interest rates as global investors flock to the safety and relative high yield of US Treasuries.

Alternatively, if the “phase-one” trade deal falls apart and President Trump chooses to delay the planned tariff increases, businesses, markets and most of all, China, would welcome it. The President would be exposing his own bluff however, seriously harming his longer-term credibility in any negotiations with the Chinese amid a slowing US economy and impeachment. Such a scenario implies a rise in long-term interest rates as the cooling of trade tensions strips the dark cloud of uncertainty from US businesses and consumers while giving markets an excuse to pull investments from safe spaces and plow back into risky assets. The short of it? Higher rates are lying in wait for closers of trade deals.

October US retail sales looked strong on the surface, but the devil is in the details. Retail sales, an important gauge of the strength of the almighty US consumer, topped consensus expectations, rising 0.3% vs. expectations of a 0.2% gain. Underlying details and revisions to prior months’ retail sales data made for a considerably weaker outcome overall however, suggesting adequate, but not robust, consumer spending momentum for Q4, and enough to equate to sub-2% GDP growth in the last quarter of the year. Why you should care: such an outcome serves as a drag on any substantial move higher in longer term rates.

What to Watch this Week: The days ahead are largely devoid of top-tier economic data, and as such, Treasury yields should trade in tight ranges. If yields do move markedly this week, the risk is skewed toward a move lower on any fresh impasse on the trade negotiation front.

Of what little data there is, a glimpse into the state of US manufacturing will be had via the Philadelphia Fed manufacturing report on Thursday but will do little to alter the path of interest rates. Elsewhere, weekly jobless claims data will get more attention than usual, as markets hope to ensure that last week’s rise – to the highest levels since June – was just a fluke and not a sign of trouble in the jobs market.

Lastly, minutes of the October FOMC meeting are set for release on Wednesday but have largely been overshadowed by speeches from Fed officials last week which hammered home the Fed’s “we’re on hold” mantra and cemented expectations that the Fed is indeed done altering interest rates until the spring of 2020.

The Fed has cut 75 basis points since July, and given the lagged effects the cuts are still having on the economy, combined with the seemingly positive movement in trade negotiations, layered upon the solid state of the almighty US consumer, the Fed is justified in wanting to sit back, take a pause and see how the rate cuts ripple through the economy before making any more rate moves. As such, the main focus of the minutes will be to tease out the hurdle that would prompt the Fed to cut again.

In the meantime, we’re keeping an eye on the state of consumer spending in Q4 for clues on what the Fed will do next. Given the unimpressive October retail sales data, a weak quarter ahead for consumers – the lone engine of US economic growth – may lie ahead. If it indeed comes to pass, economic growth could be dragged down to levels that could prompt the Fed to cut anew. A marked deterioration in US-China trade tensions would be the spark.

Take-Away: Looking for a quick, accessible way to forecast where the 10-year Treasury yield is headed? Look no further than the performance of China’s currency, the yuan. The 10-year yield’s low this year, 1.43%, showed up in September, right in-line with a fresh low in the Chinese yuan, when new US tariffs went into effect on Chinese imports and worries intensified that trade friction was sending the global economy into a long growth slump.  More recently, as Treasury yields retreated from fresh highs last week, the yuan posted its biggest slide since September. The correlation between the two assets – seen at multiple points this year – shows just how important the global backdrop is to driving the 10-year’s direction since the start of the US-China trade war. 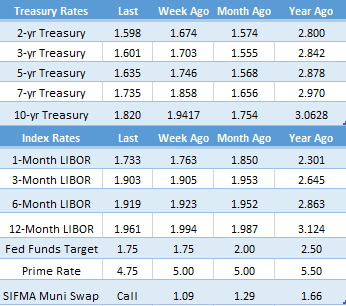 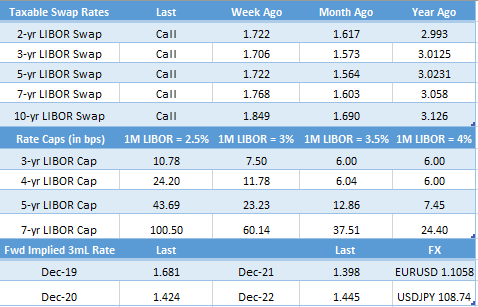 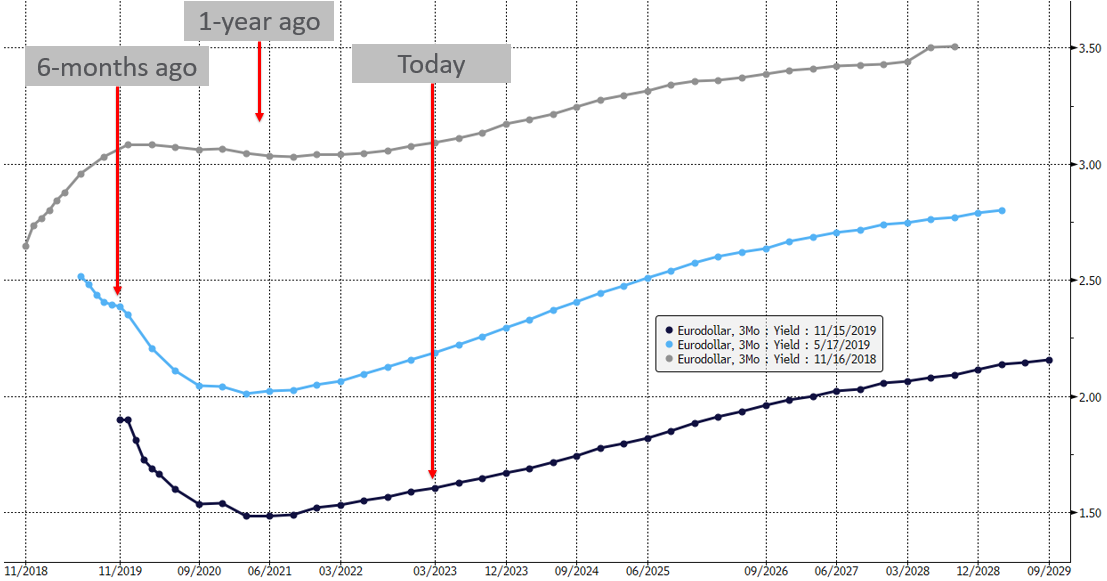 Mixed Messages on Trade = A Quiet Thanksgiving
Scroll to top