Growth Is The New Boogeyman 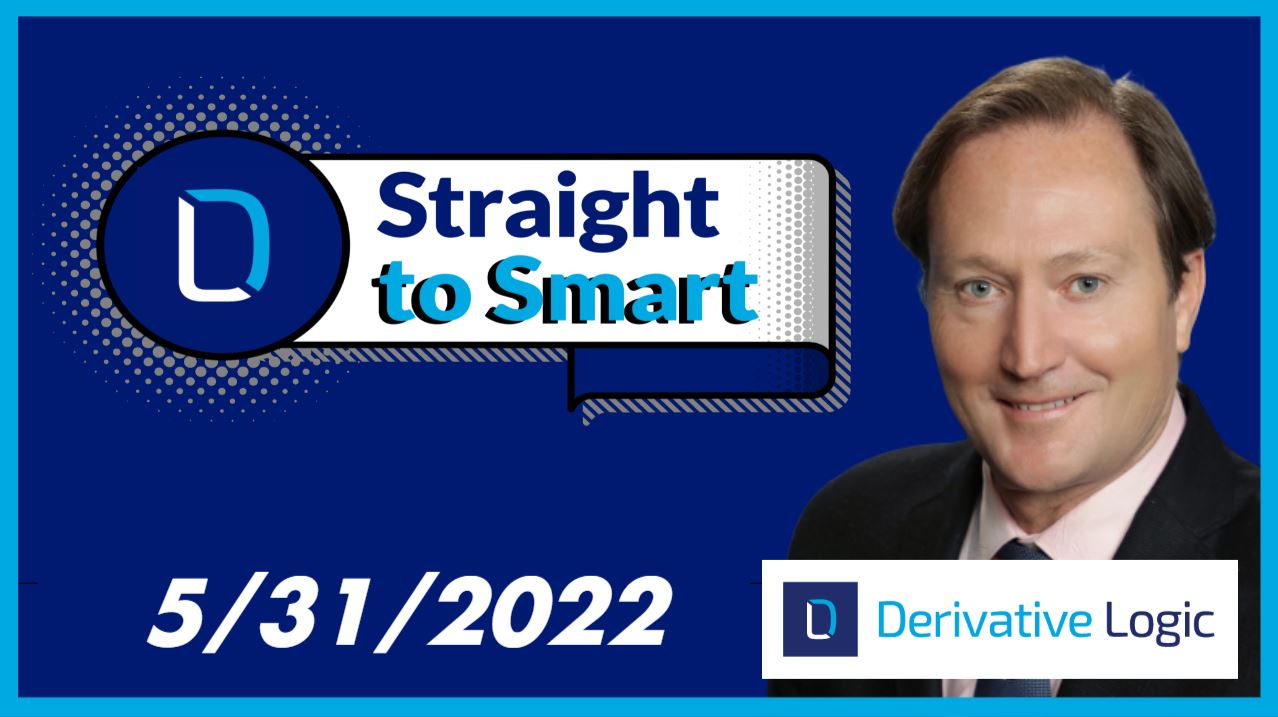 What You Missed: Interest rates on debt maturing one year and beyond fell on the week – with the deepest declines between 2 and 5-years – while equities snapped a seven-week losing streak. Growth worries took the spotlight over inflation, implying that the Fed won’t need to tighten as aggressively as once believed. The yield on the benchmark US 10-year note declined to 2.74% from 2.81% a week ago, and short-term interest rates, like the 2-year Treasury yield followed a similar path lower. Term SOFR, bucking the trend, forged higher in anticipation of a looming 0.50% Fed rate hike expected on June 15th. Beyond interest rates, the price of a barrel of West Texas Intermediate crude oil gained $1.50, to $113.70 as the US Dollar weakened and Gold traded flat. Treasury yield volatility, a key driver of the cost of rate caps and other option-based interest rate hedges, continued its precipitous fall, bringing down rate cap costs with it.

When will the cost of rate caps come down? In our recent travels across the country, we’ve seen keen interest in an answer to this question. It’s been top-of-mind during the lunch-and-learn sessions we’ve conducted coast-to-coast over the last several months. The answer? In time. We need more information from the Fed, as well as economic data, to determine how consumers and employers are reacting to higher interest rates and prices. By the end of the summer, the Fed will have met two more times – June and July – and we will have received 3 months of data taken during this time of rapidly rising interest rates and inflation.  With this economic and policy information,  the markets should have a clearer picture of the Fed’s thinking about how high they’ll hike interest rates.

This ”clarity” will eventually translate to a flatter and lower SOFR forward curve, which will also directly translate to lower costs for rate caps generally. Until then, watch rate volatility, which will have more near-term impact on rate cap costs. The higher the rate volatility, the higher the cost of a rate cap, and vice-versa. Where’s rate volatility been and where’s it going you ask? Look no further than our favorite gauge of rate volatility, the ICE Bank of America MOVE index. It’s a useful tool for measuring bond market sentiment via a forward-looking measure of bond market risk and is something we watch intently.

Markets backed off steep rate hike expectations. Investors are expecting the Fed to raise rates less dramatically in the coming year than they were a few weeks ago. Markets now expect the Fed to hike the federal funds target rate to just under 3% (it’s 1% now), down from nearly 3.5% little over a week ago. Weakening US economic data, such as a precipitous drop in new home sales and softer purchasing managers’ and regional Fed surveys, sparked the change in mindset. On Thursday, the first-quarter GDP estimate was lowered to an annualized -1.5% from a previous estimate of -1.3%. The core personal consumption expenditures (PCE) price index, the Fed’s preferred inflation indicator, fell to 4.9% year over year in April from 5.2% in March, according to data released last Friday.

Our take: Markets are slowly coming around to what we’ve been saying for weeks now: there is no way the Fed will live up to the seven rate hikes markets expect of them by year end. Why? While the Fed will most likely push forward with a 0.50% hike at its next meeting on June 15th, followed by another 0.50% hike this summer, and a 0.25% hike in September, it will mostly likely take a pause thereafter as economic growth stumbles, inflation moderates, and mid-term elections loom.  In the meantime, watch gasoline prices, threats of drought, and the Russia-Ukraine war for signals on inflation’s future path and the Fed’s possible reaction to it.

CBO expects slower growth, lower inflation. Both inflation and growth are expected to slow later this year and into 2023, according to the US Congressional Budget Office (CBO). The CBO forecasts a 3.1% growth rate in 2022, down from 5.5% in 2021, and a 2.2% growth rate the following year. According to the CBO, inflation will decline to 4.7% in late 2022 (its over 8% now) and 2.7% in 2023, while unemployment will remain at 50-year lows. The government’s budget deficit is forecast to fall to roughly $1 trillion this year, down from $2.8 trillion in fiscal 2021, due to reduced federal pandemic funding.

Our take: While the accuracy of the CBO’s predictions historically is questionable, financial markets pay attention to them nonetheless, as we saw in last week’s downward moves in yields. Ignore the CBO at your peril.

Signals of slowing economic momentum multiplied. In recent months, it seems the residential property market in the US has lost a lot of steam. According to the most recent data, the pace of new house sales dropped sharply in April, falling 16.6%, the largest dip since 2013, even while prices continued to rise, with the median price up 19.6% from a year ago. According to Realtor.com, the supply of existing homes continues to rise. As sellers strive to take advantage of increasing prices, the number of listings increased by 9% compared to the same period a year ago. As an aside, for a peek into banks’ appetite for lending to businesses and households, check out the Fed’s Senior Loan Officer Opinion Survey on Bank Lending Practices. It showed no easing in lending appetite in whole through April, and is something to keep an eye on.

Elsewhere, as the summer driving season begins, seasonal demand for gasoline in the United States is at its lowest level since 2013 (save for 2020), according to Bloomberg. Prices are around 50% higher than a year earlier, and demand is about 5% lower.

Finally, retail sales advanced 0.9% in April, slightly weaker than the consensus estimate of 1.0%, but did so based on factors that don’t really inspire confidence. American consumers continued to spend aggressively, depending mainly on credit cards in the face of rising costs, weakening sentiment, and falling real wages.

All told, the data sets and other signals of slowing growth tell us that we’ll see a sharp slowdown in economic growth this year, somewhere around 2%, down from last year’s red-hot 5.5%. Spending by the always-important US consumer – as opposed to businesses – will continue to provide the bulk of any growth momentum.

What to Watch This Week: The key theme in the days ahead will be worries over falling economic growth as opposed to inflation.  Interest rate movements will likely continue to consolidate into ranges.

There is now an obvious disconnect between economic data, which shows consumers are still spending aggressively, and sentiment, which is steadily deteriorating (consumer confidence, Tues). On one hand, if one focuses on the demand for goods – as reflected in paltry earnings from big retail companies like Walmart and Target – the economy looks to be in big trouble. Conversely, to those who pay attention to macroeconomic data – such as retail sales and personal income and spending – solid economic growth seems alive and well.

This disconnect is unusual. To gain a real sense of what lies ahead, it’s probably best to focus on the fundamentals: household and corporate balance sheets. Both suggest that there’s still a path for the economy to expand over the rest of the year, just at a slower pace than we’re all used to of late.

Data in the week ahead will add to that belief. Housing prices (Case-Schiller, Tues.) haven’t started to soften despite the jump in mortgage rates, construction companies are still spending (Wed.), and the ISM manufacturing index (Wed.) likely remains the expansionary zone. There are likely still more job openings that the number of unemployed (JOLTS, Wed.), and businesses continue to hire at a robust pace (ADP, Thurs. ; nonfarm payrolls, Fri.).

However, as we said last week, while the risk of recession this year is low, we’ll probably get one next year, as a slowdown is already underway. Prices in goods and services won’t fall fast enough for the Fed to exit off its hiking path before September but be sure that the Fed will interpret the then-slowing wage growth and slower-economy dynamic as a hall pass to slow its tightening cadence. Any calls for fewer hikes than 0.50% in June, 0.50% in July and 0.25% in September this year are premature.

Big Picture: With analysts on Wall Street suddenly scaling back their expected number of Fed rates hikes on the back of slowing economic growth and moderating inflation, it’s natural to wonder where the 10-year Treasury yield will trade in the months ahead. 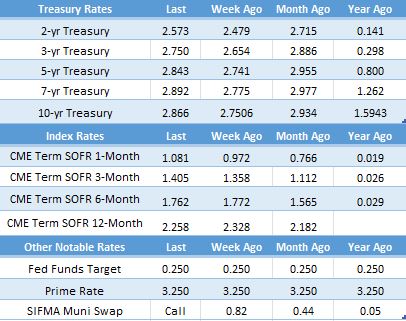 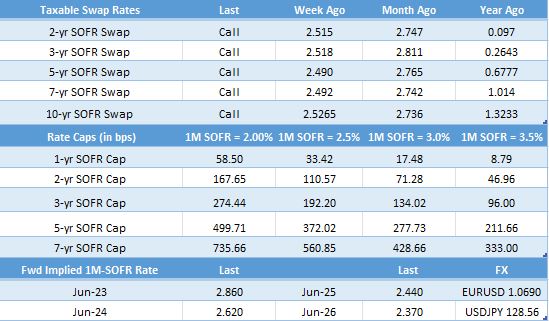 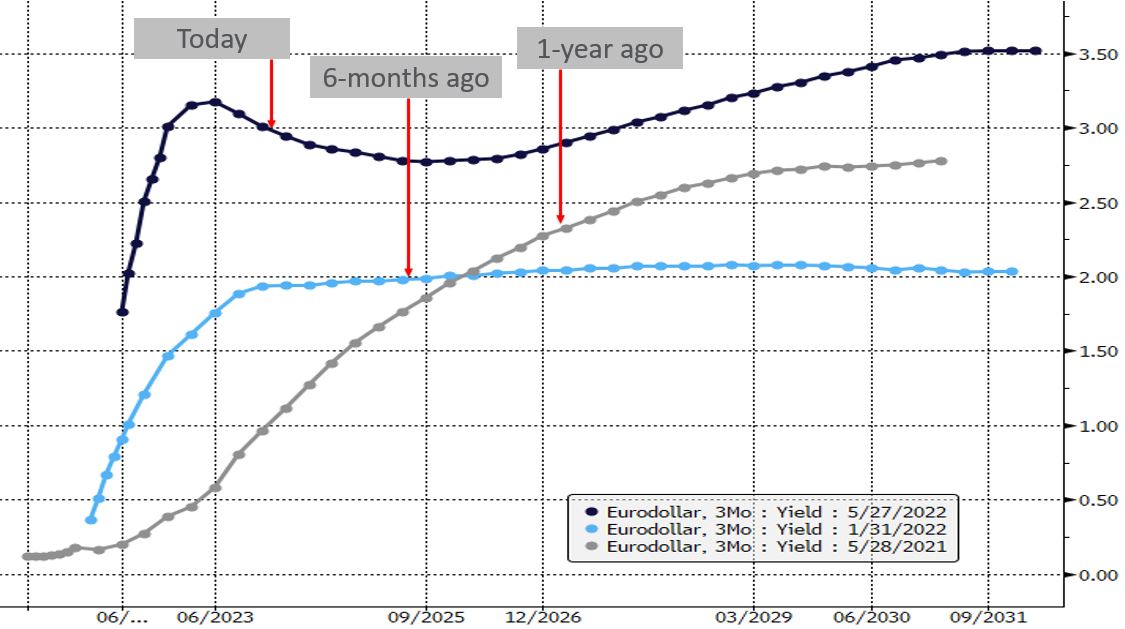 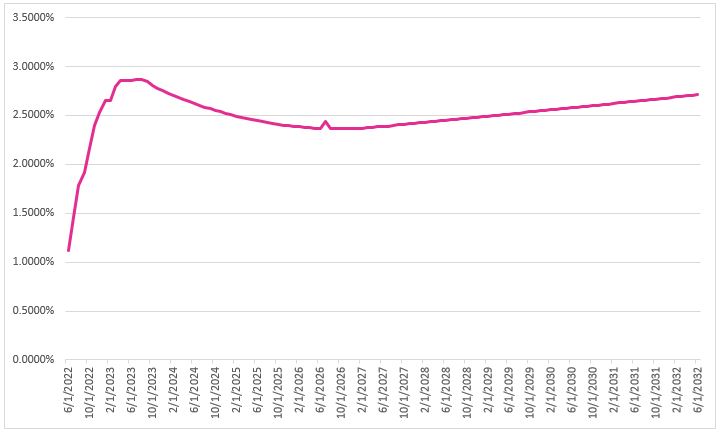 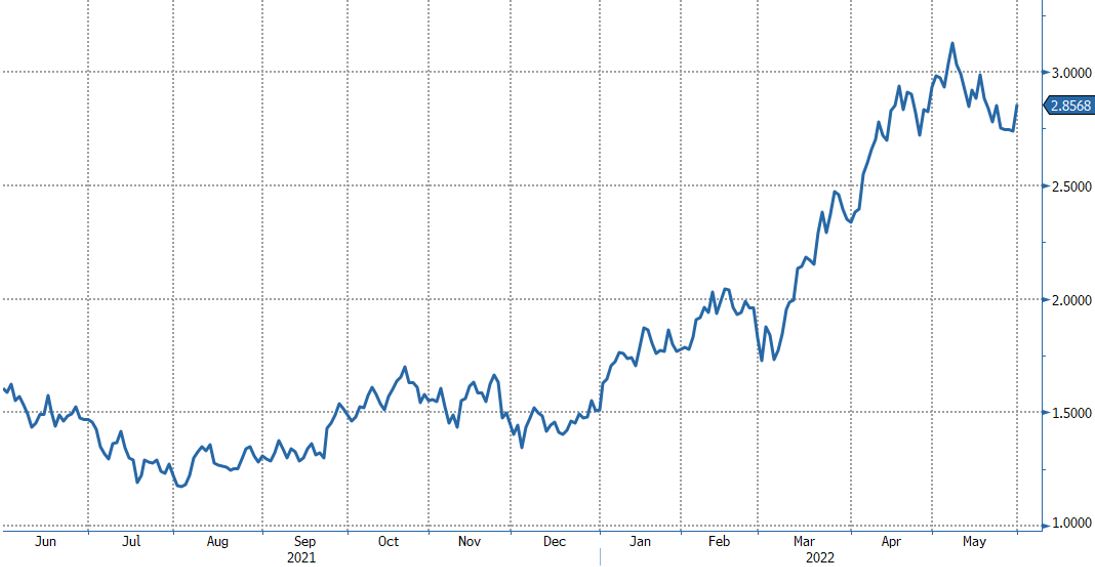