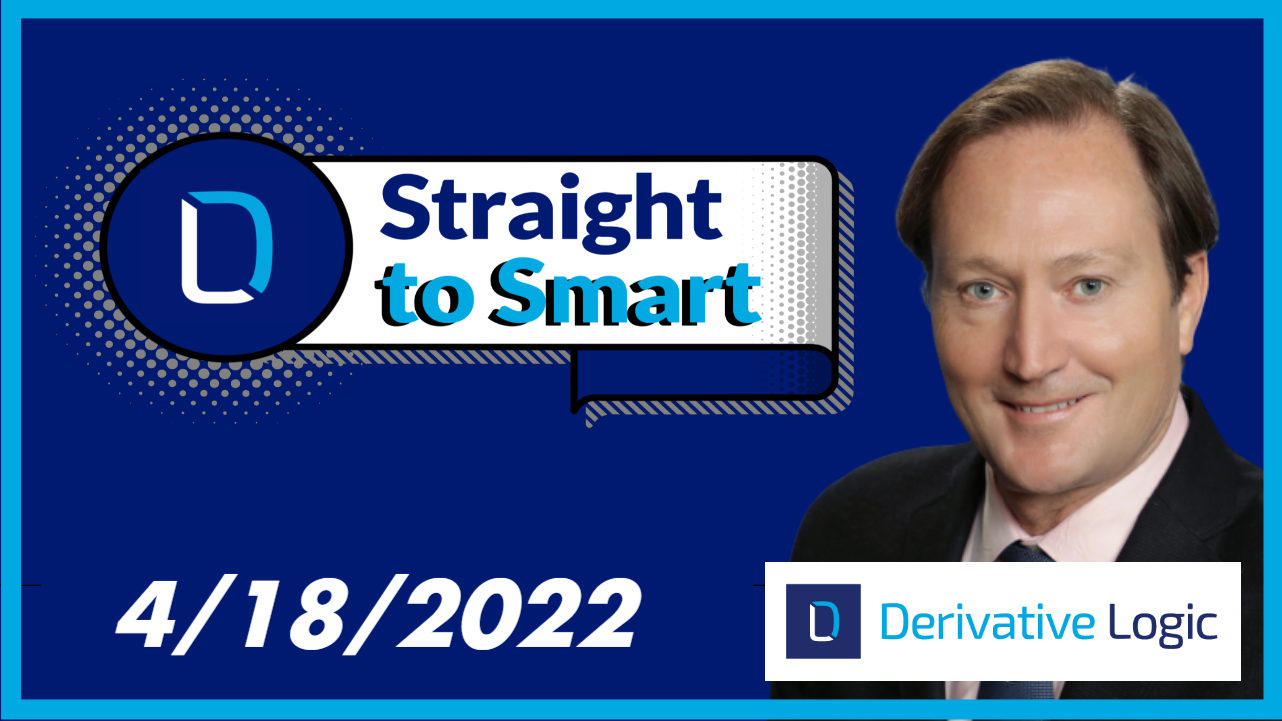 What You Missed: Short and long-term interest rates were mixed, and equities were little changed on the week, as emerging signals of easing inflation rippled through markets. The yield on the benchmark US 10-year Treasury note rose eight basis points to 2.83%, its highest since December of 2018. Staging a slight reversal, short-term interest rates fell, with the 2-year Treasury yield wrapping the week near 2.45%, steepening the Treasury yield curve. 1-month Term SOFR continued its ascent, topping 0.52% last Friday.  Elsewhere, the price of a barrel of West Texas Intermediate crude oil rebounded to $104.40 from $96, while the US Dollar and Gold both strengthened. Treasury Yield volatility, a key but unheralded driver of the cost of rate caps, corridors, and other option-based interest rates hedges, fell through the week, but remains elevated historically.

Monster inflation reading rattled markets, but signs of improvement emerged. Consumer prices, via Consumer Price Index (CPI) data, increased by a whopping 8.5% year-over year last month, emboldening calls for the Fed to act, and fast. Headline CPI, what some would say is a more immediately accurate measure, rose 1.2% month on month in March, matching the consensus. Further, core inflation, which excludes volatile food and energy prices and could be more indicative of trend, fell slightly. We’d venture to guess that year-over-year CPI readings peaked in March because of the exceptionally high inflation readings in Q2 of 2021. However, renewed supply chain concerns in the wake of China’s lockdowns signal that excess inflation will stick around for quite some time and take a while to return to normal.

Our take: Buried in the inflation data was a broad-based decrease in core goods prices, indicating that demand for goods has slowed significantly. It seems as if American consumers have cut back on spending on physical items, partially due to rising gas and food prices, and partly due to a shift in demand toward services as the pandemic fades. A dip in used-car prices, as well as a general moderation in various sectors (such as entertainment commodities, education and communication commodities, and apparel), drove core goods prices down 0.4% (vs. a 0.4% rise the previous month) – the first drop in a year. Lower freight activity further confirms that we may be seeing the start of a trend of falling demand for goods.

While goods price inflation may be slowing, upward momentum in large, slow-moving categories such as housing costs, as well as upward pressure in services, will keep core prices running at a rate considerably above the Fed’s 2% inflation target, highlighting the Fed’s challenge in containing price pressures even if supply and demand in the goods sector were balanced. The Fed must raise rates quickly, but if goods demand continues to cool, they may not need to do so as rapidly as markets currently expect (by almost three more 0.50% rate hikes this year).

The data tells us that the Fed’s argument that “inflation is transitory” may have legs after all, but not for the right reasons. The Russian invasion of Ukraine has not only pushed up commodity prices, but it has also dampened demand in general, thanks to a more hike-leaning Fed and weakening consumer morale. Bottom line? If gasoline prices stay at current levels, the 8.5% CPI reading could be the peak for inflation this year and for the entire pandemic. We expect inflation’s eventual fall from multi-decade highs to be stubbornly slow however, keeping the Fed firmly on track to hike rates this year, just not as much as everyone believes.

Bond yields showed their first sign of such last week, when the two-year Treasury note’s yield – which is more sensitive than longer-dated yields to changes in the Fed’s anticipated hikes – fell to as low as 2.27% last Thursday from this year’s peak of 2.60% on April 6. We’ll see if it continues.

Other central banks pave the road for a 0.50% Fed hike next month. The Bank of Canada (BOC) and the Reserve Bank of New Zealand (RBNZ) both hiked interest rates by 50 basis points last week to quickly revert monetary policy toward neutral, the point at which interest rates neither impede nor stimulate economic growth. The BOC’s policy rate is now 1%, about 125 basis points below where it considers its neutral rate to be. Following last Wednesday’s hike, the RBNZ’s cash rate is now 1.5%. Moving rates to a more neutral position sooner will lower the risk of growing inflation expectations, according to the bank.

Partially as a result, consensus is building that the Fed will hike rates by a half-point when it meets in early May, bolstered by Fed members who’ve recently stated publicly that they want to move the federal funds target rate – the rate the fed raises or lowers as it hikes/cuts – closer to neutral (believed to be close to 2.5%; Fed Funds is 0.50% now) by the end of the year and then take another look at whether additional tightening will be necessary to tame inflation. Right now, markets are pricing in an 87% chance of a 0.50% rate hike on May 4th. The last reading of inflation before the meeting comes on April 29th.

Why it matters: Since the beginning of the year, as fiscal stimulus handouts ran out and inflation raged, consumers have tightened their purse strings, cutting back on other purchases as the share of gasoline purchases approached 10% of all retail sales. Spending by the US consumer, which accounts for around 70% of all US economic activity, remains the primary driver of economic growth. Last month’s retail sales activity, which declined for its second month in a row, tells us that Q1 2022 GDP will come in near 1.0%, a considerable drop from Q4 2021’s 5.5%.

This trend also plays directly into just how much the Fed can hike interest rates without cratering the economy. The thinking is that if tighter monetary policy – combined with pandemic containment measures and global fallout from Russia’s invasion of Ukraine – limit growth, the peak in rates may be lower and nearer than previously expected. With economic growth trending down after only one 0.25% Fed rate hike, we doubt the Fed will be as aggressive in its tightening monetary policy as many believe, however, the current situation won’t deter them from moving aggressively in the near term.

What to Watch This Week: Despite the unsettling 8.5% inflation headline, there was a silver lining in March’s Consumer Price Index data: core goods prices declined as demand for goods slowed. That tells us that year-over-year inflation has peaked and will gradually decline over the rest of the year. The fly in the chardonnay? If oil prices continue their ascent, which will be tested in the coming weeks by what happens in the Russia-Ukraine conflict.

In recent days, Russia’s invasion has intensified, with decisive battles looming for control of the country’s eastern regions. Putin has even threatened to use nuclear weapons in the Baltic Sea region. As a result, the possibility that the West’s response may grow – for example, by shutting off Russia’s oil and natural gas purchases – has increased. The scenario could result in a sharp increase in oil and gas prices, nudging inflation even higher and pushing peak levels to later in the year.

Far away from Ukraine, another factor is impacting policymakers’ actions: the state of the US economy. Despite easing off retail purchases, consumers appear to be coping well with the inflation shock so far (Beige book, Wed.; Philadelphia Fed forecast, Thurs.) and the jobs market remains tight (jobless claims, Thurs.). Still, the housing market is a leading indicator of the economy’s health, and it’s exhibiting symptoms of cooling. The impact of dramatically higher mortgage rates, which are now at 5%, will be felt sooner rather than later. Home-builder confidence is expected to drop for the second month in a row (NAHB, Mon. ), and housing starts (Tues.) are far outpacing sales (existing home sales, Wed.). 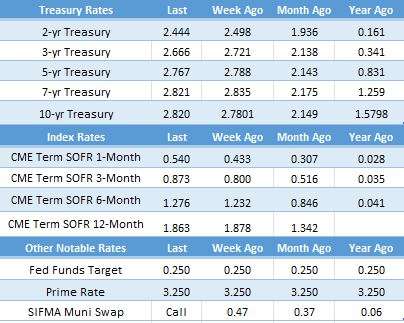 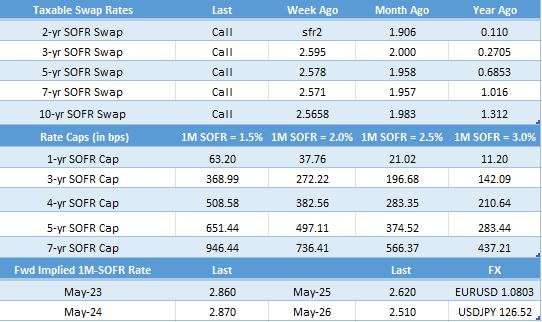 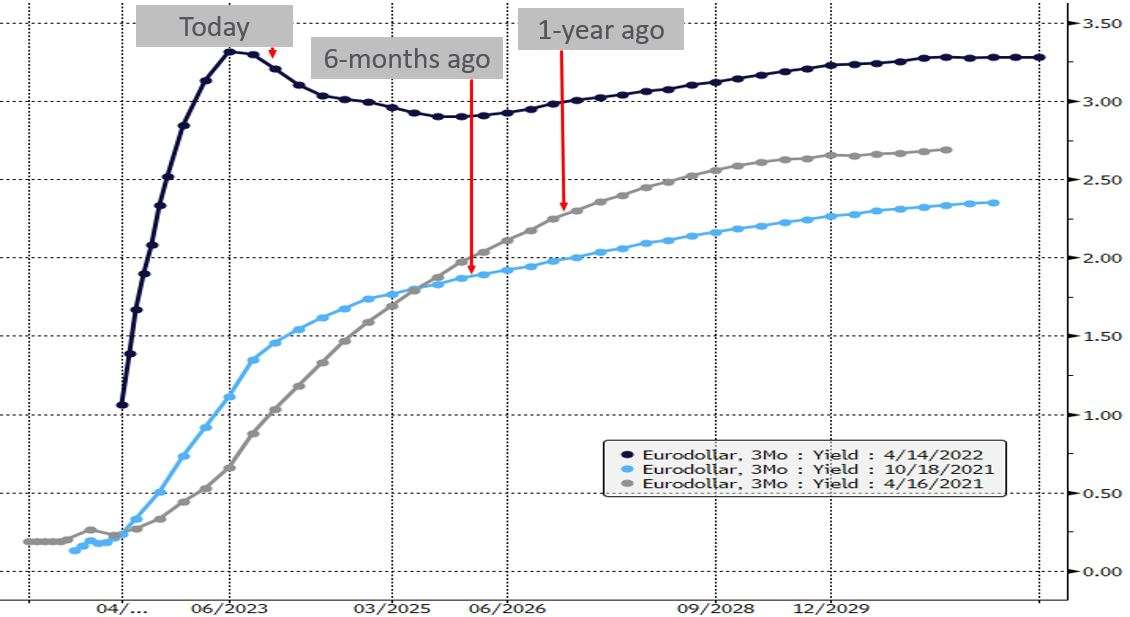 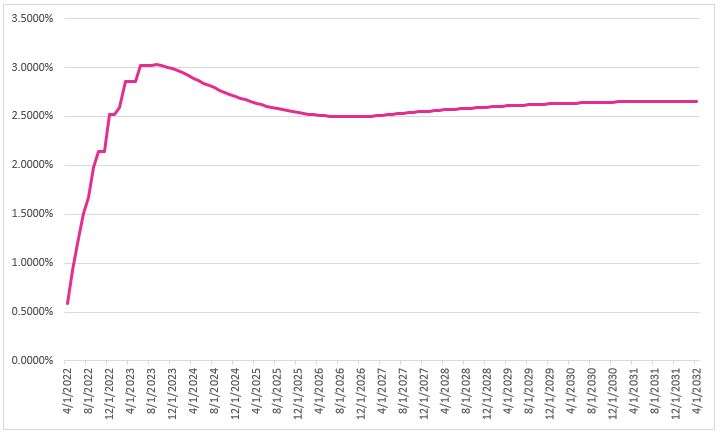 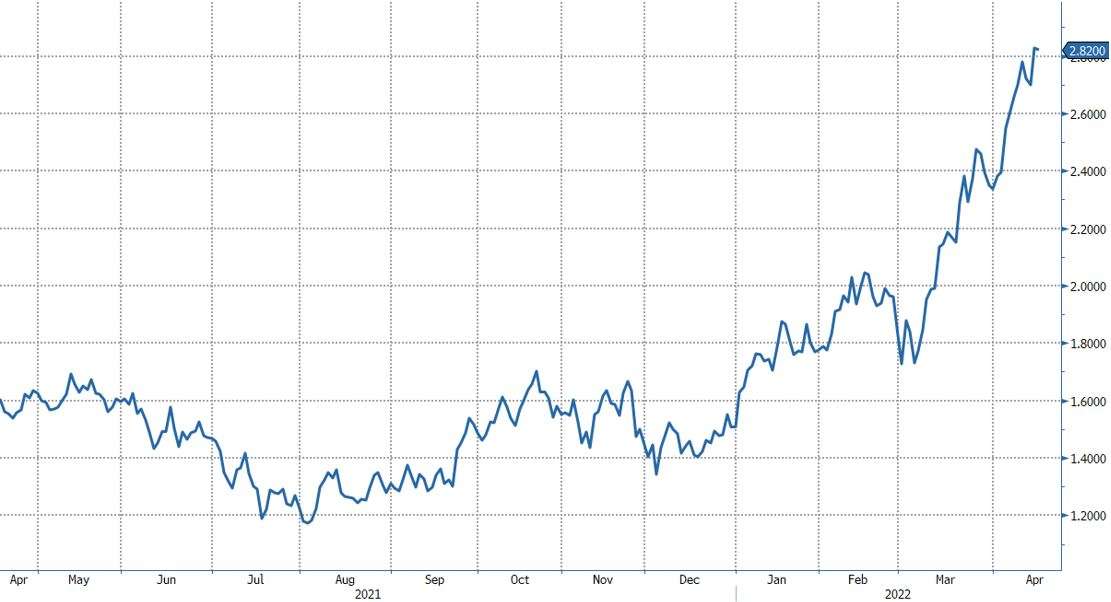 Will Fed Live Up To Rate Hike Hype?
Scroll to top