Last Week: Notably higher interest rates were the main driver of markets last week, as the US 10-year Treasury yield rose to a nearly four-year high, reaching 2.83%, up from 2.69% the week prior. The move rattled equity markets globally, driving US equities to their worst week in two years amid a growing belief that the era of ultra-low interest rates is officially and rapidly coming to a close. 1-month LIBOR rose to 1.5795% from 1.5733% the week prior.  Oil and Gold fell, while the US dollar traded flat.  Treasury market volatility, as measured by the Chicago Board Options Exchange Treasury Volatility Index (TYVIX), nudged higher to 4.48 from 4.39 a week ago.

America’s jobs engine motors on. Nonfarm payrolls increased by 200,000 in January, beating expectations of an increase of 175,000. Most of the gains came from construction, food services and drinking places, health care and manufacturing. Unexpectedly, wages grew by 2.9% year over year, their fastest pace since the 2008 recession. The unemployment rate remained at 4.1% for the fourth straight month, standing at its lowest level since the year 2000. The unexpected pickup in wages is fueling concerns that higher labor costs, and hence a sustained pickup in consumer inflation, have finally arrived, cementing expectations for a March hike and offering the Fed greater confidence to fulfill its promise to hike three times this year.

No change in Fed policy as Yellen handed over the reins. As widely expected, the Fed made only minor tweaks to its statement after leaving rates unchanged. Markets interpreted the change in the official statement’s wording as reflecting a slightly more hawkish view, underscoring expectations that rates are headed higher. Markets are now assigning a 93% probability that we’ll see a hike at the FOMC’s next meeting in March.

NAFTA talks advanced. Meeting in Montreal, negotiators from the United States, Canada and Mexico concluded an upbeat sixth round of talks. The mood was modestly more upbeat than prior rounds, with all three nations reporting a positive progression, though the US trade representative was the negative nanny stating that progress was very slow. While mostly under the radar for now, the continuing NAFTA talks could easily upend US markets if things go south. Ignore them at your peril.

Global PMIs stayed firm. The global manufacturing sector remains in top gear in early 2018. Japan reported its manufacturing purchasing managers’ index reached its highest level in nearly four years in January, jumping to 54.8 from 54.0 in December. In January the eurozone PMI clocked in at 59.6, slightly below the previous month’s record 60.6. The US manufacturing index held firm at 59.1, down from 59.3, while China saw a downtick to 51.3 from 51.6. Don’t think it matters? Think again. Continued signs of global economic improvement erode demand for US Treasuries, slowly but surely adding momentum to higher interest rates.

What to Watch This Week: Its was no real surprise to see yet another solid month of job creation in January, given the recent passage of tax reform on top of an economy already on solid footing. What messed with the markets head was the unexpected but long anticipated pickup in wages, and what they could mean for interest rates, and bond and equity prices.

As we all get our heads around an increasingly likely future involving higher interest rates, for now, a sparse data calendar in the days ahead will turn our attention to continued tests of market resistance and scheduled speeches from Federal Reserve officials for direction. Gauges of activity in the service sector of the economy, the December trade balance and the Bank of England’s rate decision in the coming days will do little to alter the market’s nervous sentiment.

Take-Away: The noteworthy market moves in recent days have prompted repeated questions from our associates and clients, specifically: How long can the successive days of higher and higher yields in the 2, 5 and 10-year Treasuries last? How quickly and how much will the Fed hike as a result of growing inflation pressures? The unspoken truth: No one really knows. Rising bond yields are a reminder that the Fed and other central banks are removing stimulus, at the same time the Treasury is seeking more bond issuance, U.S. deficits are set to rise and inflation is moving higher. If there was ever any real momentum to drive rates higher, now is the time.

The trillion dollar question: At what point do higher rates become painful? There is no single answer, as every business is different. Do you have floating rate debt? It should come as no surprise that higher rates affect you directly and immediately. Do you have fixed interest rate debt? Lucky you! You’re safe, for now. However, your fixed rate debt will eventually mature, and you’ll be subject to prevailing interest rates at that time, which will likely be higher than they are now. For most levered companies, refinance risk dwarfs the risk of floating rate debt.

What is important now for borrowers and lenders alike is knowing what their tolerance for higher interest rates is, and at what specific point do a higher LIBOR, swap rate or Treasury yield make their project or business financially unfeasible. Don’t have a firm handle on your interest rate pain point and need help finding it? Call us. If there was ever a time to get a firm handle on your exposure to higher rates, now is the time. 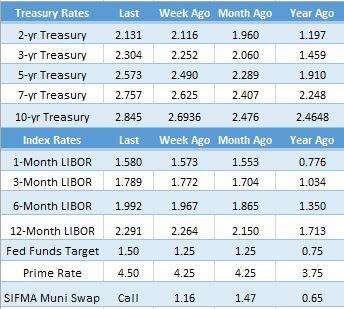 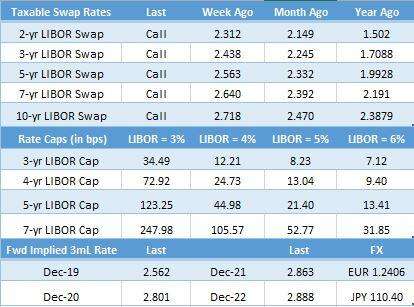 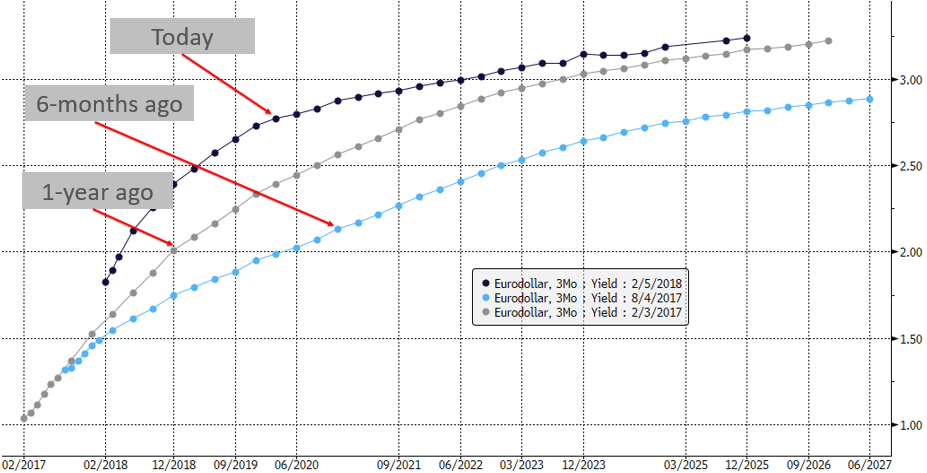