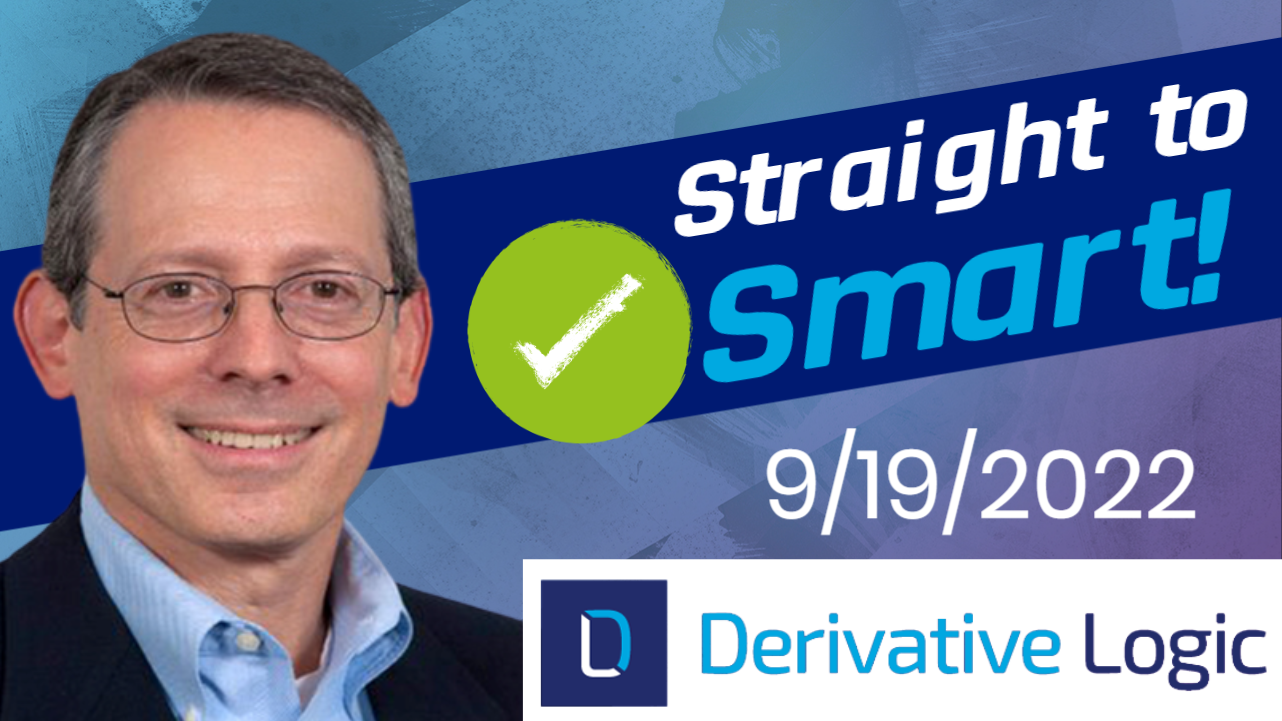 What You Missed: Last week, U.S. interest rates pushed higher after August’s CPI release showed a broadening in U.S. price pressures.  This report, on the heels of the recent escalation in the Fed’s hawkish tone, sent short-term U.S. Treasury (UST) yields sharply higher, also resulting in a curve inversion from 1-yr to 10-yr maturities.  A sell-off in stocks was part of the post-release CPI market mix and credit markets experienced some deterioration as well … both ended Friday about where they stood in mid-July as the S&P 500 had its worst week since mid-June.

For the week, 12m T-bill rates increased 33 bps while 2, 5, 10, & 30-yr UST yields added a respective 31, 20, 14, & 7 bps.  The tapered increases, amid the lengthening of maturities, mostly reflects the market repricing to an increase in Fed rate hike expectations.  Last Thursday, the 12m T-bill briefly pierced 4% on a bond-equivalent basis.  We anticipate short-term rates moving higher still.  A 4% handle (end of day rate) UST yield was last seen in Aug 2011 at the 30-yr maturity.

3m Term SOFR (CME) increased ~ 29 bps last week to 3.447%, a new high for the recently introduced index (data back to ’19).  The implied yield on the 3m SOFR futures contract for 1-year (Sept ‘23) climbed 35 bps last week to 4.10%.  The Mar ’23 futures contract had the highest implied yield for the 3m SOFR index at 4.35% while the Dec ’25 contract had the lowest implied yield at 3.07%.  This is a relatively tight range reflecting the market’s current view that the balance of 3m SOFR’s remaining increase will occur in the next 6-months followed by a gradual decline into y/e 2025 as the Fed subsequently eases policy a bit.  These levels look reasonable to us while the timing, in our view, could unfold differently.

Beyond 2025, 3m SOFR futures ended the week in a narrow range with implied yields climbing just mildly higher to ~ 3.5%.  Implied yields for these longer-maturity SOFR contracts increased last week lifting both fixed swap rates and cap prices.  Interest rate volatility remains high though it has settled into a range over the past 4 weeks.  This week marks a year since implied interest rate volatility began its painful climb amid rising interest rates and persistent inflation … for 2022 so far, vol peaked in early July as simultaneous inflation and recession concerns became increasingly forceful. Dynamics driving these changes are still shifting so please check with us for updates.

Yields rose decisively after the Aug CPI report last Tuesday.  The market’s expectations for headline and core (ex-food & energy) CPI proved too modest as the respective monthly increases of 0.1% and 0.6% led to YoY outcomes of 8.3% (headline) and 6.3% (core).

What to watch this week – August U.S. housing data and the long-awaited FOMC decision

Housing data.  Ahead of Wednesday afternoon’s FOMC rate decision, data on last month’s U.S. housing starts and building permits (Tues) and existing home sales (Weds) will be released.  Building permits and the pace of existing home sales are expected to have declined to near 2-year lows.  The expected outcomes are in line with recent trends and do not pose much risk for the outcome of the Fed rate decision.

Fed meeting.  Wednesday’s 2:00 pm (eastern) Fed decision has been high-profile for weeks now amid tough talk from most senior Fed officials that are set on confronting inflation aggressively.  The hawkish backdrop has been enhanced as some key foreign central banks put through large rate increases, the U.S. labor market shows various signs of continued tightness, and many non-energy related inflation pressures appear persistent.  A noticeable broadening in inflation, even as gasoline prices have fallen consistently for 3 months, has the Fed geared up for the risk that price pressures have become more entrenched in the economy.  Such a scenario has moved the Fed into its latest phase in the fight to achieve price stability – getting more aggressive in both what it says and does.

Be mindful of a policy lag.  We anticipate a 75 bps Fed rate hike on Wednesday afternoon lifting the Fed funds target range to 3.00% – 3.25%.  Appreciating the lagged impact that rate changes can have on the economy, this amount of further tightening is significant and appropriate for now in our opinion.  Considering the first rate hike for this cycle only just occurred in March ’22, the intended effectiveness of the cumulative 225 bps of rate increases (to date) have not yet reached their intended potential.  The flow-through effects take far more time. Add to this the Fed’s ongoing balance sheet reduction efforts that got more aggressive this month, and it sets the stage for tighter financial conditions spreading through the economy as 2022 winds down into H1 2023 with the policy changes already administered.

Since the previous FOMC policy meeting on July 27th the market’s mindset has shifted noticeably from recession risks to inflation risks and the Fed’s rhetoric has become increasingly hawkish.  During the late spring, financial conditions tightened.  In mid-summer, the opposite occurred as stocks rebounded and credit eased (a bit) leading the Fed to overcompensate in stepping up its hawkish rhetoric and its policy tightening.  At this stage of the FOMC’s policy initiative to combat inflation, the Fed wants tighter financial conditions … lower stock prices, wider credit spreads, and higher borrowing costs.  While these dynamics could enable the Fed to achieve its policy goals more successfully, they are also likely to significantly lift market volatility. 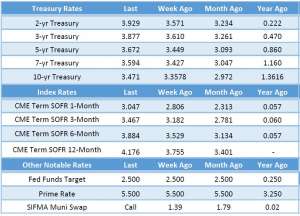 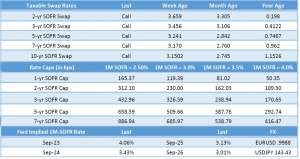 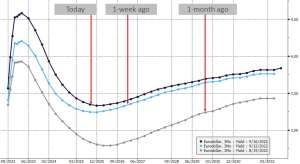 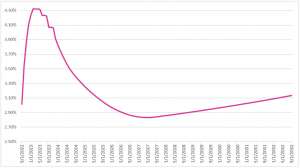 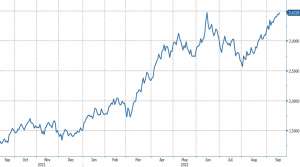