Last Week: Interest Rates gained slightly and global equities extended gains as reflationary hopes were rekindled by talk of US tax cuts. Major US equity indices all reached record highs late in the week while the 10-year US Treasury floated near 2.43%, little changed from the week prior, and 1-month LIBOR traded slightly lower to .7711%. Oil and Gold prices were steady as well, while the US Dollar traded higher. Volatility, as measured by the Chicago Board Options Exchange Volatility Index (VIX) fell to 10.9 from 11.15 last week.

Trump cooled tensions with China. US president Donald Trump spoke by phone for the first time with Chinese president Xi Jinping and reaffirmed the US commitment to the One China policy. That policy was called into question during the presidential transition, when Trump had direct contact with Taiwanese president Tsai Ing-wen, an apparent breach of protocol. Trump urged closer US – China ties on the call, according to the White House. Trump’s feared collision course with China is one of the biggest wild cards for interest rates this year.

A rebound in US Corporate earnings. As of 7 February, Thomson Reuters reports that fourth-quarter earnings for the S&P 500 Index are expected to increase 8.2% from the fourth quarter of 2015. Of the 300 companies in the S&P 500 that have reported to date for the fourth quarter of 2016, 68% have reported earnings above analyst expectations. Any healthy showing by most US corporates could inspire the Fed to feel more comfortable to hike rates more often as wage inflation could lie around the corner.

This Week: It’s a moderate week for data and events, with Fed Chair Yellen and several voting members of the FOMC scheduled to speak, along with key consumer data on tap.

On the data front, this week’s slate will give an early indication on how consumer spending, inflation, industrial activity, and home building are performing thus far post-election.  Of particular import is this week’s report on January Retail Sales, as the post-election rally in consumer sentiment has thus far failed to be matched by wage growth sufficient for households to deliver on their optimism.

While it’s always entertaining to watch speeches of Fed officials, the only one that matters this week is that of Chair Yellen, who will give her scheduled semi-annual testimony before Congress on Tuesday.  Given the scant mention of hikes in the Fed’s post meeting statement in January, she’ll likely steal the limelight from any data release this week as markets listen closely for clues on the timing of the next rate hike. While the text of her testimony is released just prior to her actual speech, the juicy part comes in the post-speech question and answer session with the Senate Banking Committee.

What’s it mean for interest rates? They’ll likely not move notably in either direction in Q1. Why? The fact that optimism is fading combined with the great uncertainty surrounding the specifics of the administrations fiscal policies – not to mention the time it takes to legislate and implement them – will cause the Fed to maintain its overtly cautious tone toward the amount and timing of the next rate hike. We maintain our forecast of a 0.25% rate hike in June, but no sooner, as the gap between economic hope vs. reality continues to widen. 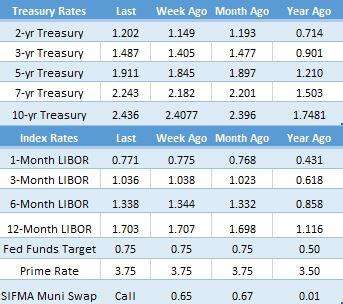 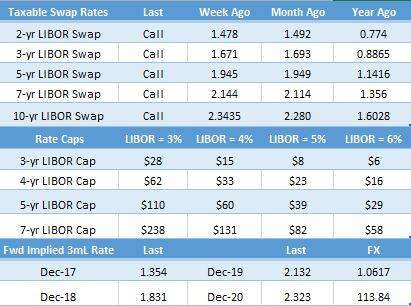 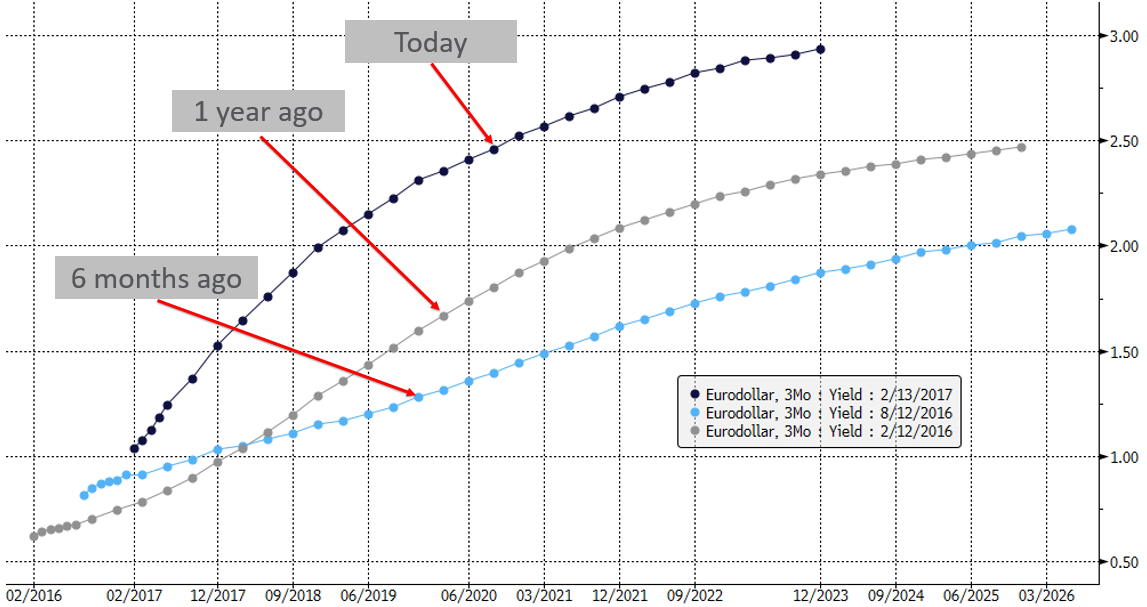 Solving the Fixed versus Floating Rate Conundrum: Your Roadmap to the Right...
Scroll to top