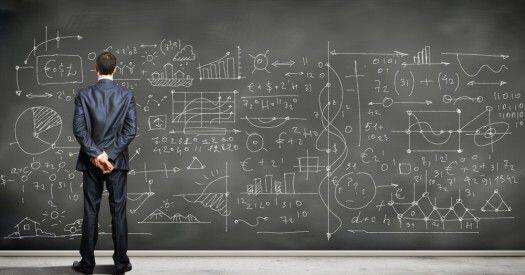 Last Week: Interest rates drifted lower and equities were little changed, amid headline driven, choppy trading. The yield on the US 10-year Treasury note fell 10 basis points to 2.30%, its lowest level since late 2017. 1-month LIBOR followed suit, falling to 2.4281% from 2.4370% this time last week, on growing concerns the trade war will be protracted and fresh evidence of slower global growth. Oil declined $5 to $58 on those same concerns along with mounting crude inventories. The US Dollar weakened slightly while Gold jumped to fresh highs. Treasury yield volatility was higher through the week at 4.22, up slightly from 4.08 this time last week.

Fire sale on Rate Caps. As we’ve said previously, the combination of falling interest rates, muted rate volatility and flattening yield curves offer you a big opportunity that hasn’t been seen in years: ultra-cheap interest rate caps. As an example, a $30M, 3%, 3-year rate cap cost $340K six-months ago, $265K a month ago, $43K a week ago, and $36K now. How to best take advantage of the situation? Consider buying a rate cap now if you’re: 1) Facing a loan extension and need to replace the original, but soon to expire rate cap, 2) Planning on closing a new loan in the next 60 days that requires a rate cap, 3) Partially unhedged on an existing loan, 4) Open to the idea of putting on a strategic hedge for your floating rate debt portfolio. A similar situation exists for swaptions now. Contact us for pricing and structuring ideas.

US and China dug in their heels. It looks like the battle over trade is going to drag on quite a while longer folks, as both sides went out of their way to show resiliency amid what looks to be a firming standoff.  In a new twist, China’s president, Xi Jinping, obliquely threatened to withhold Chinese exports to the US of rare earth elements – essential raw materials found in many technology products (like the iPhone you’re reading this on). Xi’s announcement was in direct response to news the is US weighing blacklisting several Chinese video surveillance firms just days after banning China’s Huawei Technologies from importing US technology. While no new negotiations are scheduled, it’s unlikely that any additional tariffs will be put in place in the next month, giving the two leaders time to prepare to meet at the G20 summit in Japan in late June. The longer the spat drags on and the more each side winds the other up, the larger the drag on rates. A deal will be reached eventually however, and when it happens, we expect rates to move to a new, higher range immediately afterwards. The billion-dollar question: How much will each side suffer in the meantime?

Recent US economic data may leave Trump with weaker hand in trade talks. The strength of America’s economy in Q1 was one of the factors that emboldened President Trump to take a tougher line with China in the trade dispute. But recent soft data on US manufacturing output, business and services activity, retail sales and capital goods orders are beginning to imply that the economy is wobblier than previously believed, potentially putting the President in a more vulnerable position at next month’s G20 meeting. Despite the growing cloud cover, financial markets are pinning their hopes to a near-term US-China trade deal or the Fed successfully saving the day via rate cuts. We doubt we’ll see either anytime soon.

Fresh signals that global growth is slowing further. Flash purchasing managers’ indices for May revealed that the global economy continues to decelerate. Manufacturing readings in Japan and Europe are both signaling contraction in the sector while the US manufacturing measure fell to its lowest level in nearly a decade, to 50.6, down sharply from April’s reading of 53. The verdict is still out however, as the final manufacturing readings for May are set for release in early June.

Fed meeting minutes show “patient” really means patient. The minutes of the last Fed meeting implied that Powell & Co. were unconcerned by the recent drop in inflation and slowdown in growth. Given that the meeting took place before the US-China trade talks veered into the ditch, it’s possible the Fed’s patient approach to adjusting interest rates may have shifted of late. Regardless, markets are now pricing in several rate cuts in the coming years. For now, we still believe the Fed will stand pat on any rate moves – hikes or cuts – in 2019, and that any rates cuts, should they occur, won’t happen until early-2020.

What to Watch this Week: With growth increasingly dependent on the almighty US consumer, the week’s focus will be data on consumer confidence (Tuesday) and personal income and spending (Friday) for the month of April. We’re expecting the gauges to be slightly off from financial-market turbulence of recent weeks but remain resilient based on a sturdy jobs market. We’re especially focused on the consumer spending data, as it will provide the most direct evidence of the degree to which consumers will bail-out growth from what is otherwise shaping up to be a soggy Q2. Outside of data, markets will be firmly focused on any developments in the US-China trade dispute.

Take-Away: As we all watch the US-China tit-for-tat, the real question you should be thinking about is just how much the tariffs will raise prices for consumers and businesses (aka inflation) and what the Fed will do about it if the tariffs last long enough to manifest into sizable, sustained increases in prices of Chinese goods we all use every day.

Since the latest tariff increases don’t really take effect until next month, for now one can only look at how tariffs imposed in 2018 are impacting consumer prices. Some academics claim that they’re having a greater impact than is acknowledged in the media, for two reasons: 1) the costs of US tariffs have fallen entirely on US businesses and households, with no clear reduction in the prices charged by Chinese exporters, and 2) the effects of the tariffs have spilled over to the prices charged by US producers competing with tariff-affected goods who appear to have opportunistically raised their prices in response to the protection from Chinese competition.

What it means for the Fed, and the likelihood of hikes or cuts in response: the recent re-escalation of tariffs has revived the main downside risk to growth highlighted by Chair Powell ad nauseum, an increase in inflation to or above the Fed’s 2% target. Since tariffs can be eliminated overnight via a negotiation breakthrough, any tariff-driven bump in inflation would be temporary but could increase the likelihood of a rate hike.

Could it happen? It’s certainly possible and would be assured should President Trump make good on the threat to impose a 25% tariff on ALL imported Chinese goods. We doubt it will go that far; our baseline expectation is that the US and China will strike a deal later in the year, and impose a gradual, staggered reduction in tariffs on a last-in, first-out type of schedule. While failing to trigger a round of Fed rate hikes, the eventual resolution of the trade war will spark a rebound in growth, and a temporary bump in inflation that will kill any speculation of a rate cut. 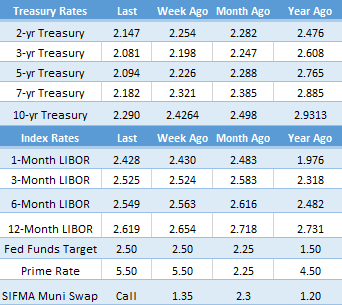 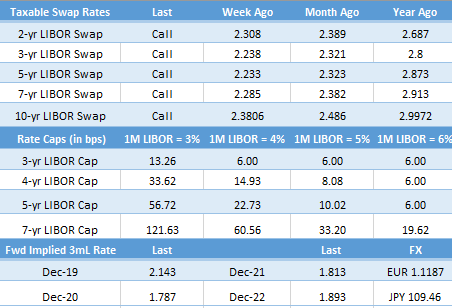 Markets vs The Fed: Something Has to Give
Scroll to top