Inflections On The Horizon 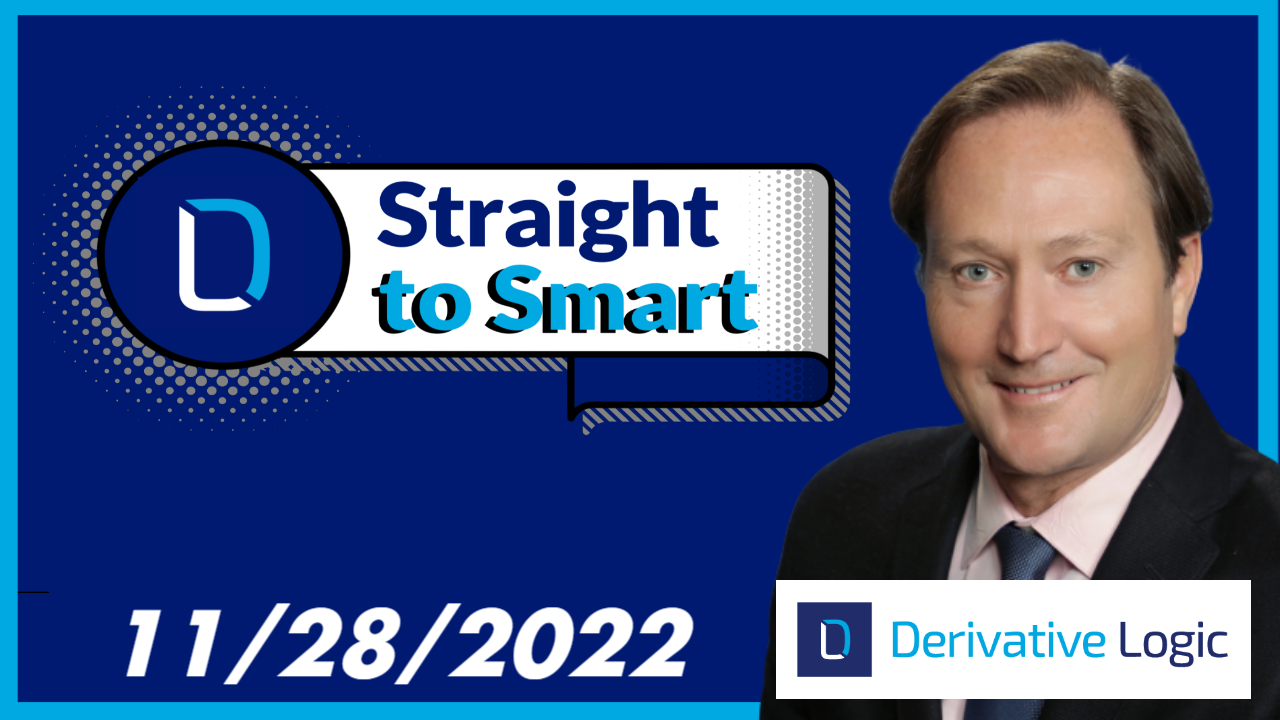 Yields across the maturity spectrum fell to multiweek lows, after the release of minutes from the Fed’s most recent meeting, combined with soft economic data, emboldened market’s belief that the central bank will indeed slow its pace of rate hikes, and soon.

For the week, the 2, 5, 10 and 30-year US Treasury yields fell a respective 10, 17, 15 and 17 bps. The drop in yields reflects the financial market’s belief that short-term rates are indeed going higher, but that the US economy won’t be able to sustain higher rates for long.

Elsewhere, global equities were higher in listless trading amid a holiday-shortened week. The price of a barrel of West Texas Intermediate crude oil slipped $1 to $77.50, the US Dollar weakened, and Gold strengthened. The US 2-year vs. 10-year Treasury yield spread, a widely watched barometer of the likelihood of a looming recession, returned to its most inverted level since the early 1980’s (-0.78%). What’s driving the pronounced curve inversion? Front-end rates, e.g., the 2 and 3-year Treasury yield,  are holding relatively steady, but demand for Treasuries with longer tenors, e.g., the 10-year and 30-year, is intensifying.

3-month (CME) Term SOFR, a useful gauge of hedging costs, continued its relentless ascent, rising 7 basis points last week to 4.76%, yet another new high for the three-year old index. The implied yield on the 3-month SOFR futures contract 1-year forward (December ‘23) fell four basis points from this time last week, in concert with the fall in Treasury yields, to 4.82%.  The SOFR futures continue to imply that markets expect 3-month SOFR will peak next spring – along with the Fed Funds rate – near 5.26%, followed by a gradual decline over the next three years as the Fed eventually eases.  Finally, interest rate volatility, a key driver of the cost of rate caps, fell slightly but remains elevated overall.

PMI and jobless claims warn of economic weakness. Markets were reminded yet again that the US economy is indeed feeling the effects of the Fed’s seemingly relentless series of rate hikes via the release of yet another gauge showing economic contraction. The S&P Global ’s US composite purchasing managers’ index, which summarizes whether market conditions, as viewed by purchasing managers, are expanding, staying the same, or contracting, fell from 48.3 in October to 46.3 in November, showing that purchasing managers – specifically in the services sector – scaled back their expansion plans over the last month. Corroborating the data was an increase in initial weekly jobless to 240,000 from 223,000

We read the meeting minutes so you don’t have to. Here’s what you need to know: 1) the minutes showed widespread agreement among the Fed’s voting members to slow the pace of rates hikes, but little conviction on how high the Fed Funds rate – currently at 4% –  should ultimately be to tame inflation.  2) most Fed members seem to think inflation and wage growth have peaked, and most appear confident that inflation expectations – consumers and businesses’ view of how inflation will act in the future – are well- anchored, giving the Fed confidence that inflation fears haven’t yet spun out of control. 3) Fed members hinted that they expect a US recession next year, with US economic growth falling below its potential in 2024 and 2025, and with inflation falling to its 2.0% target in those years in concert.

All told, the probability that the Fed will pivot away from rate hikes next year is growing. As economic conditions deteriorate next year, continued declines in the prices of goods should drive down inflation overall and likely more rapidly than what we’ve seen thus far. Such a change would give the Fed confidence to ease off its blistering pace of rate hikes. Until then, internal disagreement within the Fed of its policy path could intensify if the economy tips into recession sooner than expected, accompanied by stubbornly high inflation. In that scenario, the Fed will find itself between a rock and a hard place: continue the battle to smother inflation or stray off its planned path of aggressive rate hikes to limit damage to jobs and economic output.

Recession or not, durable goods data imply weakness ahead. The monthly durable goods data – which measures orders placed for long-lasting goods manufactured by US companies – offers a measure of US industrial activity and gives markets a glimpse into businesses and consumers economic confidence in the future.  The most recent data release showed that durable goods orders rose 1.0% in October, well above estimates, establishing a solid start for business capex in Q4. The situation, however, is becoming murkier as the growth in orders for capital goods slowed sharply, matching recent surveys of businesses which showed softening intentions for investment.

For jobless claims specifically, indicating a deterioration in the jobs market, continuing claims and initial claims for the week ending Nov. 19 both increased significantly. The November employment data showed a 113k increase in continuing claims between survey weeks, which is consistent with the spread of layoffs in the technology sector and the hiring freezes and job cuts that are occurring in other sectors. While one week’s worth of data certainly doesn’t make a trend, its something to keep an eye on. Looking further out, we expect more layoffs in the months ahead, ultimately pushing the unemployment rate to somewhere near 5.0% by 2024. A worsening jobs market is a key catalyst for the Fed to back off its path of aggressive interest rate hikes.

There is an interesting article in the Wall Street Journal over the weekend about companies reconsidering the requirement of a college degree.  The tight labor market is one factor, but employers are focusing on work experience, online courses offering specific skills, and multi-taskers like teachers (paying higher/real wages).  Long ago (in the late 70’s and early 80’s), high schools and community colleges offered classes in welding, sheet metal, auto repair, plumbing, and carpentry.  One member of our team wanted to be a welder, and how he got into derivatives is a mystery.

There has been a major shift in how borrowers perceive interest rate risk.  Before the rapid rise in rates, too many borrowers were not that concerned about their capital structure.  It’s easy to invest in commercial real estate when rents keep rising. What about when interest begin to rise?  Borrowers have now shifted their focus from required interest rate caps on bridge financing to concerns about managing the interest rate risk buried in their debt portfolio.

We routinely help borrowers deal with the following issues in this new world of higher interest rates:

According to the minutes of the November Fed meeting, Fed Chair Jerome Powell is in the minority on the committee in thinking that the Fed Funds rate isn’t yet unambiguously restrictive. While it’s entertaining to parse of comments of other Fed officials, don’t forget that it’s the Fed chair who steers the committee’s final decision on interest rate policy, and Chair Powell is likely to remind markets of this in a speech to the Brookings Institution on Wednesday. We expect Powell to repeat his message that the Fed won’t change course anytime soon and will continue to tighten until there is convincing evidence that inflation is declining convincingly.

Regardless of what the Fed Chair says, data releases in the coming week are likely to show a slowdown in economic activity, which will amp up the financial market’s speculation of a Fed pivot. Hiring is likely softening (JOLTS, ADP, Wednesday; nonfarm payrolls, Friday). The housing market correction is likely accelerating (Case-Shiller, Tuesday; pending home sales, Wednesday; construction spending, Thursday.). Manufacturing (ISM, Thursday) is likely contracting, and consumer sentiment is probably declining (consumer confidence on Tuesday; Beige Book on Wednesday).

Will the deluge of negative data nudge the Fed Chair to change his tune? Probably not. Even though signs of an economic slowdown are piling up, they aren’t yet reflected in inflation gauges, and likely won’t be in any real way until next year, keeping inflation gauges stubbornly high through Q1 at least, giving the Fed the confidence to stay in hiking mode through that time. Until then, the Fed will do its best to talk financial markets into believing it’s firmly on a tightening path, showing no signs of backing off, but it will have to work harder as its jawboning becomes less effective over time.

Big Picture – Is the inverted yield curve what it seems?

As mentioned earlier, the US 2-year vs. 10-year Treasury yield spread, a widely watched barometer of the likelihood of a looming recession, returned to its most inverted level since the early 1980’s (-0.78%), implying that a recession is right around the corner or that we’re already in one. While it’s tempting to draw far-reaching conclusions about the depth of the yield curve inversion, and its accuracy at predicting recessions, know that it simply reflects the interim state of play where the economic narrative hasn’t yet fully come to fruition. A case in point is the disconnect between high inflation,  a strong jobs market and a softening economy. The three don’t usually exist in their current state for long, and probably won’t this time around. It will take time to play out, and the inflection point between jobs vs. inflation vs. the economy is looming on the horizon.