Last Week: A light holiday week all around, punctuated by news that America’s economy grew at a faster pace than previously estimated in the fourth quarter, supported by stronger household spending that helped cushion the blow from weakness overseas. Q4’s 1.4% gauge of US GDP – markedly lower than the 2% on Q3 of 2015 – was higher than estimates of just 1% growth. The report also showed that corporate profits dropped last year by the most in seven years – a sign that the economy is struggling to grow at a peppy pace thus far this year.

By week’s end, oil and equities slid off their recent tops, while the Fed`s Bullard suggested a rate hike may not be far off.  The 10-year Treasury traded 4bps higher to 1.90%, while 1-month LIBOR increased by 31bps to .4350%.

This Week: It’s jobs week! Friday’s payroll will be the highlight of a busy week for US data, though there is plenty on tap before that. A gauge of America’s Trade Deficit, Tier-1 data on Home Sales, Manufacturing, Consumer Confidence and Wholesale Purchasing pepper a calendar dominated by by Friday’s release of Non-farm Payrolls data for March. We’re expecting a 215K increase, a unchanged unemployment rate of 4.9% and a modest 0.2% increase in wages.

Take Away: After recent comments during its last monetary policy meeting, the Fed is more actively “data dependant” of late. With this week’s massive data dump, the data dependancy stance equates to a volatile week for yields. The market will be attaching a lot more significance to any big surprises on the data front than usual.

As we’ve said previously, the key gauge of future Fed policy at present is the unemployment rate. Why? It’s an important measure of both the inflation and labor parts of the Fed’s mandate, and the low unemployment rate is seen as a leading indicator of inflation pressures. We believe the risks continue to be tilted toward the unemployment rate eventually falling more than expected, to near 4.3%, as jobless claims show no sign of sustained weakness.

As long as monthly job creation stays above 150K on a sustained basis, and core inflation keeps edging higher, which we expect, the pressure on Fed officials to hike will increase. Will we see an April hike? NO, but June is highly likely, especially if non-farm payrolls and the unemployment rate perform as expected this week. 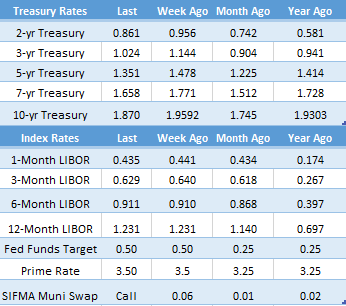 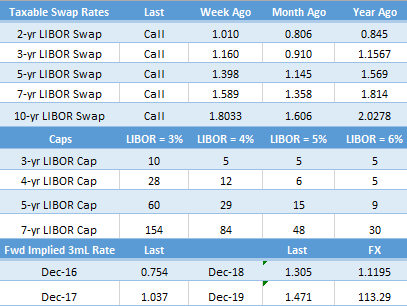 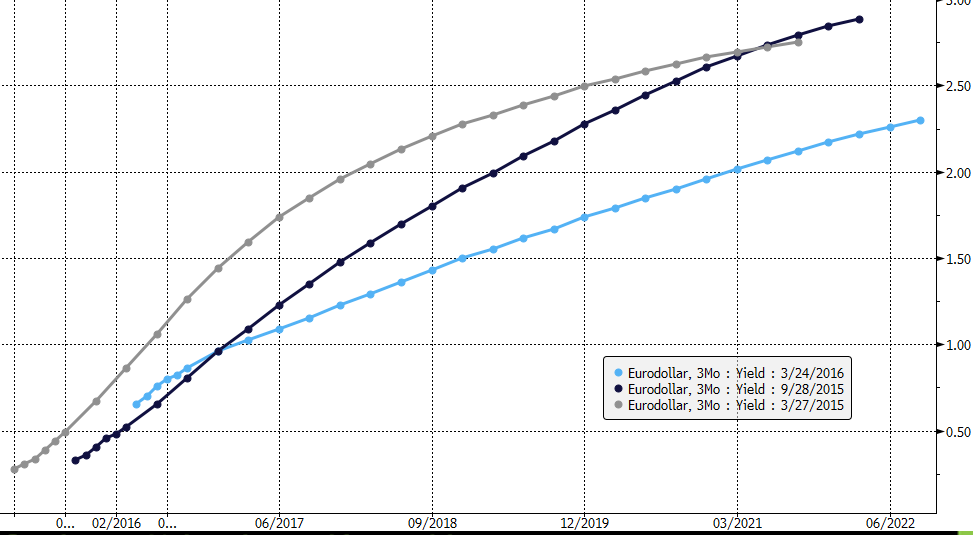