Last Week: Interest rates were mixed as global equities rose after the US Federal Reserve indicated it will raise rates gradually and the populist Freedom Party fared worse than expected in Dutch elections. The US Dollar seemed unimpressed, falling as Oil remained unchanged on high inventories while Gold rallied.  The US 10-year yield fell to 2.51% from 2.58% a week ago despite the rate hike. 1-month LIBOR rose to .9761 from .9100 the week prior. Volatility, as measured by the Chicago Board Options Exchange Volatility Index (VIX), stayed about the same, at $11.20.

In a week short of major highlights the FOMC March meeting duly delivered the expected 25bp hike to the Fed Funds target rate, but the message was not as hawkish as many had hoped, as the Fed’s median interest rate estimates for end of 2017 and 2018 funds rates were unchanged. Chair Yellen said that the Fed’s economic forecasts have not changed since the last rate hike in December and that the pace of future rate hikes would be gradual, indicating that she expects to hike rates twice more this year. Despite the Fed hiking rates at two of its last three meetings, financial conditions are easier today than they were on the day of the Fed’s December hike: Equity prices are higher, the 10-year US Treasury note yield is lower, the dollar is weaker and corporate bond spreads are narrower.

In the wake of the Fed’s hike, the People’s Bank of China raised its reverse repo rate 10 basis points in an effort to keep the USD/CNY exchange rate stable and limit capital outflows. Thursday’s hike was the second this year. However, China’s official monetary policy benchmark deposit rate remains unchanged. While policy rates outside the United States are unlikely to rise dramatically anytime soon, the global trend toward additional accommodation appears to be coming to an end as the Bank of Japan is not in a position to hike rates anytime soon and the Bank of England might be closer to a hike than markets expect.

This Week: There are three main focal points in a sparse week for economic data: February’s New and Existing Home Sales data will provide an indication of how home buyers are responding to higher mortgage rates. Durable Goods Orders data will signal whether the optimism in various production surveys is translating into actual demand, and Jobless claims for March will garner more attention than usual for signals of potential weather distortions from the recent winter storm in the northeastern US.

While data is light, it’s a busy week for Fed officials, with Chair Yellen and two others scheduled to speak, providing many opportunities to refine their intended message from last week’s policy meeting. We’re not expecting any new revelations from the speeches, as Chair Yellen went out of her way to stress the Fed’s outlook hasn’t changed despite last week’s hike.

Take-Away: Over the past few weeks, the Fed pulled off a difficult task: bringing forward an unexpected interest rate hike without disrupting financial markets, and subsequently bringing markets more into step with its projected interest rate hikes.  In doing so, the Fed has now regained command of the outlook for US monetary policy. We’re impressed. It’s a sharp contrast from last year, when markets were proven correct to consistently doubt the Fed’s projected four hikes that turned out to be just one. Impressions that the Fed had lost control have truly dissipated, for now.

Did you notice that long-term interest rates, specifically yields on the 10-year and 30-year treasuries actually fell after last week’s hike? It’s a sign of more Fed finesse, achieved through its consistent communication to the markets that its “equilibrium” for the yields is now lower than it once was, around 3%. Despite the shift in Fed control, the situation could revert if inflation suddenly picks up beyond what most expect, driving long-term yields higher and forcing the Fed’s hand in reaction – a unlikely event at present. As we’ve said previously, the Fed will maintain its moderate stance, hiking two additional times this year. 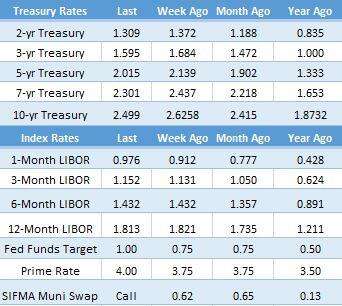 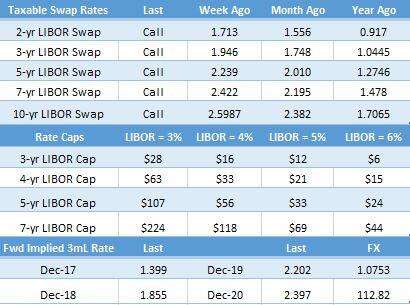