Last Week: Bonds continued their price surge/yield slide through most of the week, settling off their post-BREXIT lows only slightly by week’s end. Renewed focus on major Central Bank easing and the negative impact of global growth from the UK’s BREXIT vote sent markets scattering for safety and the only remaining semblance of yield – where ever it could be found.

Despite some settling down ahead of the long weekend on strong US economic data and comments from the Federal Reserve, the yield slump continued this morning with the 10-year Treasury plumbing an all-time low 1.375%. For the week, the 10-year Treasury yield fell 12 basis points, while 1-month LIBOR climbed 87 basis points to .4675 as stocks and oil rallied.

This Week: A busy economic calendar lies ahead this week, just in time to divert the markets attention from BREXIT.  Friday’s US jobs report for June will take center stage, and will garner more attention than usual as a guide for the near-term future of Federal Reserve monetary policy. After the abysmal job creation in May, this week’s report will either validate that the slowdown is real, or will signal that May’s report was an outlier. We’re expecting a bounce back to 185k, a rebound from May’s very weak 38K, while the economic consensus is 179K. We also expect an above trend 0.3% rise in average hourly earnings but a correction higher in the unemployment rate, to 4.8% from 4.7%.

Take-Away: Here’s the billion dollar question: Can the US macroeconomic picture wrestle some control back from the smothering blanket of BREXIT? Friday’s positive ISM data, a stock market that has more than shaken off its post-BREXIT lows and a scaling back of global central bank rate cut expectations has established a real possibility that the current crash in yields could blow itself out then give way to a bit more calm.

Come Friday, a decent US payrolls report might steady the ship and provide some temporary reprieve. It’s important to remember however that the recent price action is more about the impact of global yields and how their declines have made US assets more attractive rather than the direct risk of BREXIT to the US economy, which most see as very low.

While the Fed is firmly in wait and see mode, it also does not want to be seen to give further ground, and will likely not invoke any rate cut or negative interest rate regime even if conditions worsen. Until then, any rebound in yields will have to come from positive economic data and/or increasing signs of stability elsewhere. Jobs data to the rescue! 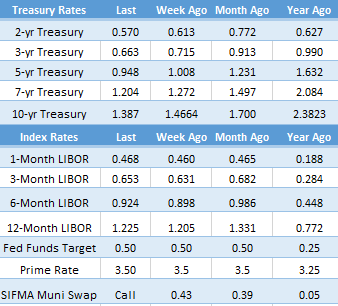 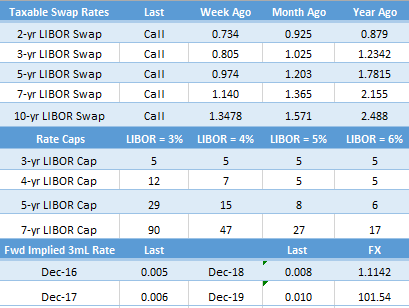 Click here for more DL Reports
Game Over for the Fed

The ISDA – A Hedger’s Minefield
Scroll to top