Last Week: Friday’s much anticipated March jobs report took center stage, showing stronger U.S. employment and a pick-up in wages amid lethargic global economic growth. March’s 215K gain in payrolls  – exactly what we forecasted – followed an upward revision for February to 245K while wages increased 0.3% from a month earlier. The report showed that America’s jobs engine is chugging along, logging its best job creation performance since 1998-1999, and giving Fed officials greater confidence that the US economy is somewhat insulated against the anemic global economic backdrop.

Earlier in the week, Fed Chair Yellen continued to dampen rate hike expectations in scheduled testimony, stating that the Fed believes that domestic household spending – that’s me and you buying stuff in economic speak – has served as a major driver of employment growth and an offset the economic drag from outside the US. Want to help the economy? Go buy something you don’t need.

This Week: It’s relatively quiet week for major US data but Wednesday’s FOMC minutes will be closely watched clues on the Fed’s current stance for delaying the next rate hike. Second tier data on factory orders, labor conditions, the trade deficit, consumer credit and business inventories are scattered throughout the week.

Take Away: As we’ve said before, the key gauge of future Fed policy at present is the unemployment rate, as it’s an important measure of both the inflation and labor parts of the Fed’s mandate, and the low unemployment rate is seen as a leading indicator of inflation pressures.

Last week’s data reinforced our belief in an improving labor market despite the slight uptick in the unemployment rate from 4.9 to 5.0%. With the trend in employment growth easily holding above 200K per month, job creation is strong enough to keep downward pressure on the unemployment rate despite improvements in people re-entering the workforce. Friday’s data also lessened fears of US growth being derailed by global economic developments – a specific risk cited by Yellen to delay rate hikes.  In addition, the recent equity rally, decline in credit spreads and the dollar have created an even more accommodative environment than that implied by ultra-low interest rates.

We maintain our view that monetary policy is too accommodative and the Fed will have to raise rates more than is being priced in to markets and look to June for the next hike. The risk to our view is if economic data begin to log consistently poor results, specifically an unexpected surge in the unemployment rate.  In the meantime, expect the Fed to continue to reiterate its “cautious” and “gradual” mantra. 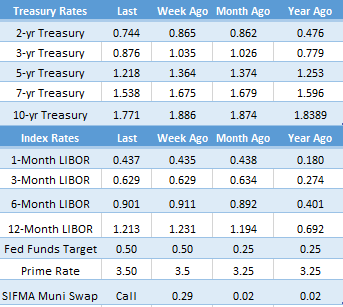 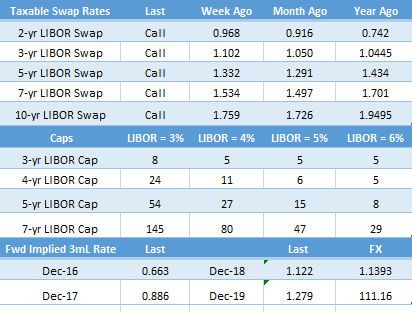