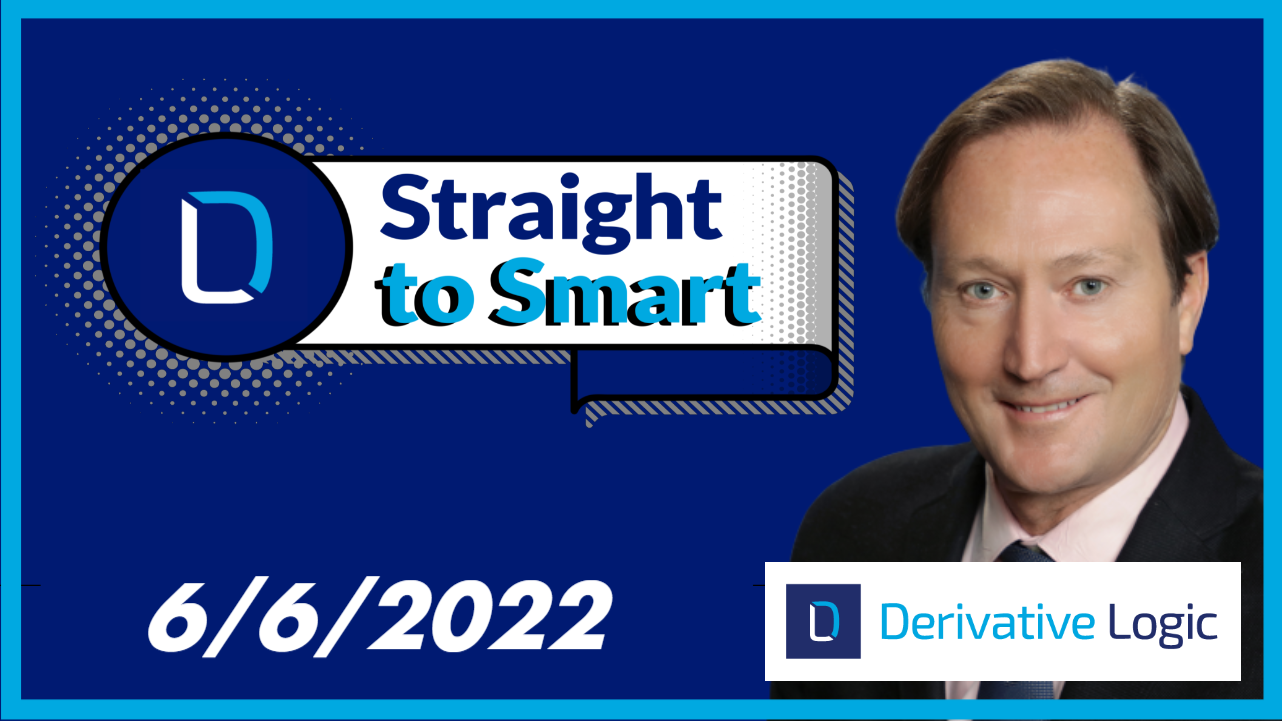 What You Missed: Both short and long-term rates rose, and equities were slightly lower on the week as senior Federal Reserve officials dismissed the notion of pausing the central bank’s tightening cycle in coming months. Rates responded accordingly, jumping higher across the curve, with the yield on the 10-year Treasury note climbing 0.21% to 2.95%. Elsewhere, the price of a barrel of West Texas Intermediate crude oil rose $3.50 to $117.25 despite a promised OPEC production increase, as the US Dollar strengthened, and Gold remained unchanged. Treasury yield volatility, which spiked early in the week, finished the week about where it began.

Jobs market gives the Fed the green light to keep hiking. In what is always the most important economic indicator for interest rates, nonfarm payroll data showed that America’s job creation engine generated 390k jobs last month (vs 436k in April), well above the consensus of 318k. The unemployment rate remained  at 3.6%. Hiring was strong in both goods-producing (59k) and private services-providing industries (274k). But details pointed to a slowing of hiring in some sectors, as retail shed workers (-61k). Average hourly earnings (aka wages) increased by 5.2% year over year, down from 5.5% prior, showing that average pay remains below Consumer Price Index (CPI) inflation, which is north of 8%. The data implies that wage growth now looks to have peaked.

Our take: May saw the smallest increase in employment since April 2021, indicating that some steam is coming out of the red-hot jobs market. Regardless, the still-strong jobs picture will keep the Fed on track to hike interest rates by 0.50% at its next two policy meetings on June 15th and July 27th.  How so? Despite CEO talk of hiring freezes, there are nearly two job openings for every unemployed person, indicating that mass job losses are unlikely anytime soon. Even still, we suspect that the job outlook will darken over the coming months, but likely not enough to prompt the Fed to completely pause its rate hiking plans. Rather, the darkening jobs picture will prompt the Fed to consider when to switch to a 0.25% hiking tempo later this year. When they do, inflation will still dominate the discussion, as prices for goods and services will remain uncomfortably high all summer.

Double-digit rent increases add to inflation pressures. According to Yardi Matrix, rents asked of new tenants continued to rise at double-digit rates in March. Since rents  account for about a third of the overall CPI, one of the Fed’s favorite inflation gauges, the rapid rises create a significant headwind to the Fed’s forecasted slowdown in overall inflation for the rest of the year. According to Yardi, the average rent charged to new renters in multifamily properties grew 14.8% in the year ending March 2022, down from 15.3% in February. In March, the average rent charged to new tenants in single-family homes grew by 14.1%, down from 15.0% in February.

According to a model that maps one of Yardi’s rent indexes to the relevant CPI components, the CPI component for renters will rise 7.4% in September compared to a year ago, up from 4.4% in March, while the CPI component for owner-occupiers will rise 6.7%, up from 4.5 % in March. All else being equal, increases of this magnitude would raise CPI inflation by 0.7% between now and September. However, keep in mind that these higher rents show up in the monthly CPI gauges – what the Fed focuses on – with a significant lag, hence will likely cause CPI to accelerate further over the next six months, even while private indexes such as Yardi’s show. All told, the rent-related components of CPI will be resilient to Fed rate hikes for the rest of the year; if CPI inflation slows later this year, it will be related to the index’s other components, like automobiles, gasoline, and the like.

Is your Bridge lender funded by CLO’s? If so, expect wider credit spreads. The $1 trillion Collateralized Loan Obligation (CLO) market ploughed ahead in May despite an increase in funding costs as demand for the securities softened. CLO issuance this year – a funding tool used by some bridge lenders – has remained surprisingly resilient this year while other corners of leveraged credit saw volumes fall off.  Demand for CLO’s by investors is starting to cool as economic growth concerns slowly seep into every segment of the economy. This is raising costs of  bridge lenders that use CLOs to fund themselves, and of course they often pass these higher costs onto borrowers in the form of higher credit spreads. The dynamic will worsen as economic growth concerns become front and center in the eyes of investors.

What to Watch This Week: It’s all about inflation this week, and data that will tell the world if the end is in sight or if the higher costs we’re all bearing will get worse before they get better. Friday’s release of Consumer Price Index (CPI) data for May takes the spotlight this week, which will show a higher likelihood that inflation’s peak is still a few months away given the recent surge in gas prices.

Other drivers that are likely adding to higher inflation are resilient demand, particularly among wealthier individuals with substantial spare resources. They’re keeping the costs of services high. Additionally, the cost of housing won’t peak until later this year. If we’re correct, the year-over-year CPI measure will surpass the March peak of 8.5% as soon as July. The recent escalation in sanctions against Russia, as well as the lack of progress in pay negotiations between the US longshoremen’s union and West Coast ports, have increased the possibility of a severe disruption in port activity, which seemed muted just two months ago.

The scenario will embolden the Fed to continue tightening with a gusto, hiking 0.50% in June and July and at least 0.25% in September. Meanwhile, Wall Street has ratcheted up the doom-and-gloom rhetoric, with JP Morgan CEO Jamie Dimon joining the chorus of doomsayers last week. The latest gauge of Consumer Sentiment (Friday), which is already at rock bottom, is likely to deteriorate further.

Other than CPI and Consumer Sentiment, the data calendar is light. The Fed is also on blackout; Fed members will refrain from speaking publicly about monetary policy until the Thursday following their upcoming meeting, or June 16th.  A pause in the constant reminder of rate hikes will help yields fall this week.

Big Picture: The Fed is only 75 basis points into its tightening cycle, and already there are debates within the Fed about when it will stop hiking. The fact that these conversations have surfaced so early in the tightening campaign raises questions about how committed Fed officials will be if inflation persists and economic growth tanks, especially given that CPI is already over 8% annually, and likely rising further, and the upper range of the Fed’s key target interest rate is only 1%. It’ll be interesting to see how that gap closes. It might be due to inflation slowing, the Fed funds rate rising toward the inflation rate, or a combination of the two (remember in the 1980’s, when then Fed Chair Paul Volker hiked the Fed funds rate to 20%, substantially higher than the then- 14% inflation rate). In the current situation, it appears that the Fed will have to do a lot of the heavy lifting in terms of rate hikes. That could mean the Fed will hike Fed funds above the currently forecasted 3%, increasing the likelihood of a recession.

So far, the Fed’s true determination is untested simply because the economy is strong, and it has a clear mandate – notably from President Joe Biden – to keep inflation under control. The trade-offs will become more difficult to handle only if the economy worsens dramatically. And by the fall, that weakness should be apparent, possibly just in time for the September Fed meeting. If the Fed chooses to scale back its plans for rate hikes to avoid pushing the economy off a cliff, we’ll have to get comfortable living with uncomfortably high inflation. Only time will tell. 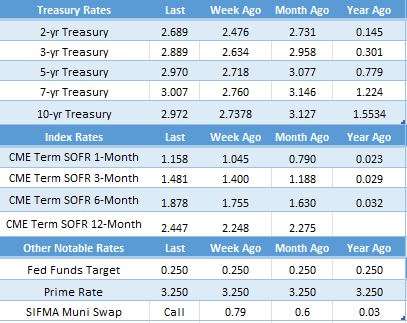 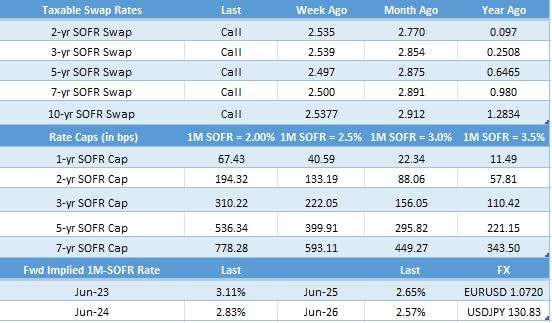 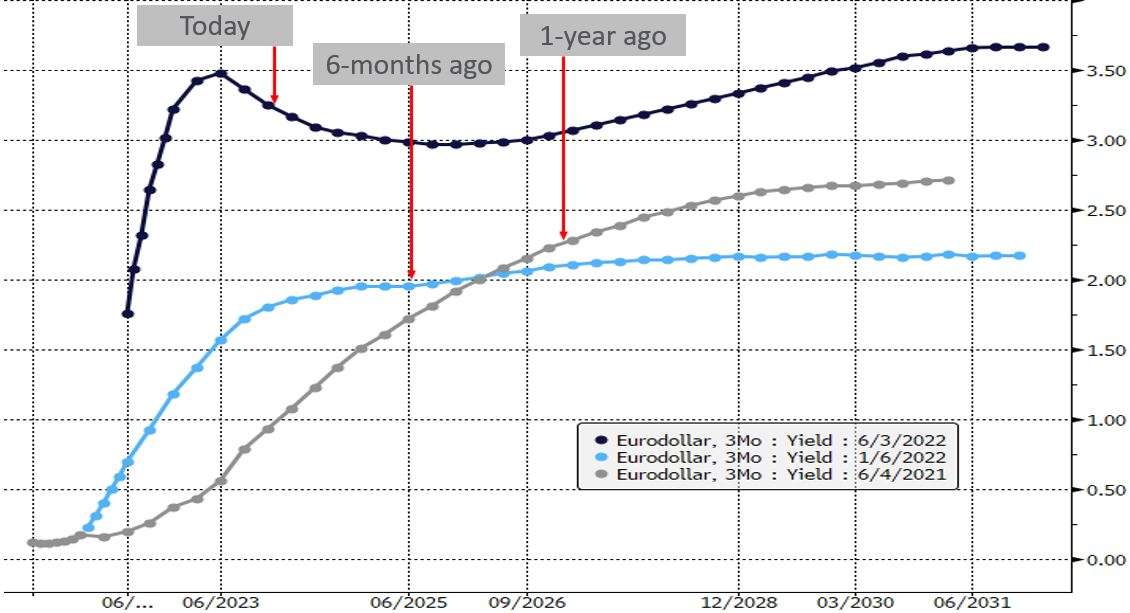 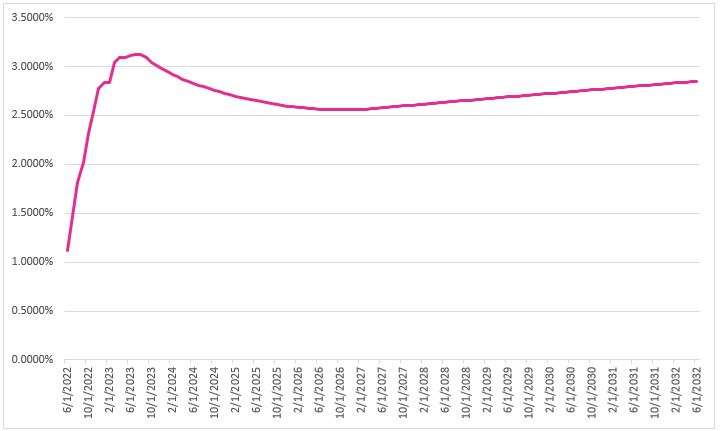 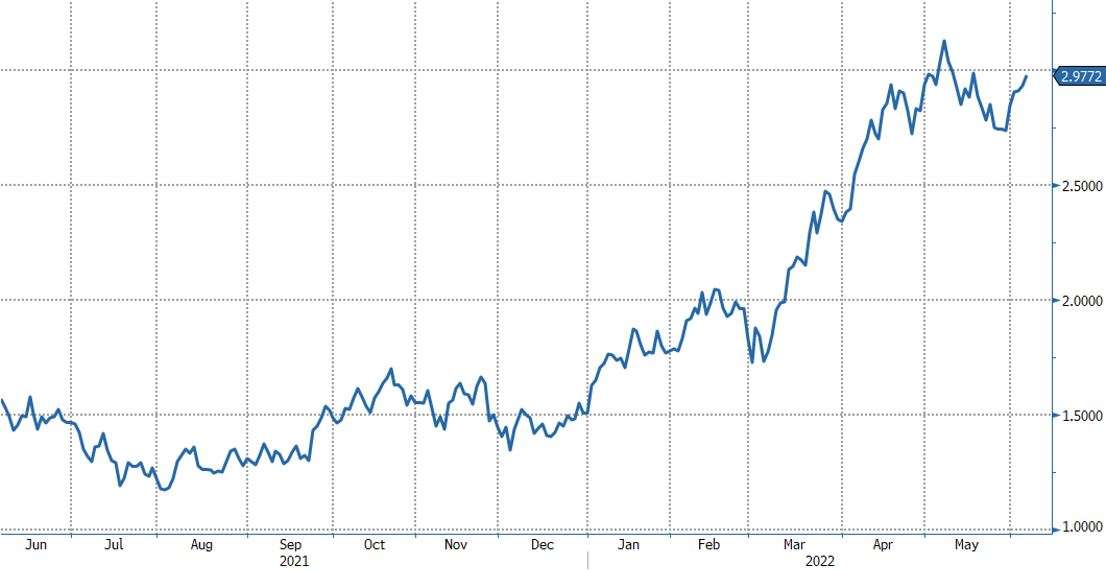