Last Week: A mixed up week with a myriad of positive and negative forces leaving markets with no clear direction. News of more robust US growth in Q2 and signs of improvement in Q3 were positives, encouraging global investors to buy US government bonds anew, driving yields lower. Global equities were little changed, Oil prices rallied and heightened concern over the health of Germany’s largest lender, Deutsche Bank, we’re quelled after rumors of a more palatable settlement with the US authorities. The 10-year US Treasury yield fell to 1.59% from 1.62% the week prior, while 1-month LIBOR also fell to .5311 from .5463 a week ago.

This Week: Friday’s jobs report for September will take center stage this week. More than just a measure of job creation, the report will yield clues of overall economic growth in Q3 and signal if households’ incomes are rising enough to promote faster consumer spending in Q4. We remain in the December hike camp, and feel this week’s jobs report will inspire confidence in a December hike. Despite the report’s importance however, there are two other jobs reports before the next Fed meeting,  thus this week’s is the least important of the three.

We expect a 175k increase in jobs for September. Average hourly earnings should pick up by 0.3% after a below trend August, while the workweek should pick up to 34.4 hours after falling to 34.3 last month. The unemployment rate will remain stable at 4.9%. We also expect a large upward revision in jobs to August’s report, an occurrence we have seen repeat over the last several years.

In addition to the jobs data, it is a heavy week for economic releases. Gauges of demand for manufacturing and services are hotly anticipated considering their weakness last month and overall weak GDP growth in the first half of the year.

Take-Away: The focus is now on just how much growth America’s economy can muster in the second half and whether the momentum can be sustained. Manufacturing is suffering from weak foreign demand for US goods and sluggish demand at home. Demand for services has been more robust than manufacturing this year, but one or both will need to show great improvement for any hope of achieving economic growth near the Fed’s 1.8% annual GDP trigger for hiking rates. In fact, given the paltry economic growth in the first half of the year, the US economy will have to grow 2.4% in the second half to get there.

Is it Doable? We think so, despite the recent data disappointments in consumer and business activity. Higher employment income is critical in providing fuel for more consumer spending – an essential element in meeting both the Fed’s annual growth target and for any possibility of near-term future interest rate hikes. Without it, even a hike in December comes into question. With two personal spending and income reports, and three retail sales and jobs reports before the next Fed meeting, markets will be on edge for a while yet. 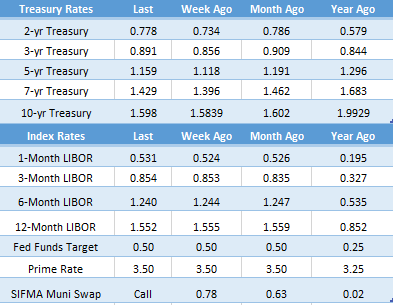 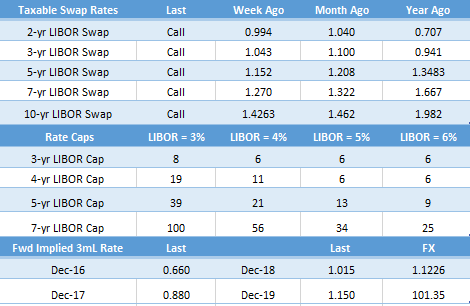 The Yield Curve: What You’ve Always Wanted to Know but Were Afraid to Ask
Scroll to top