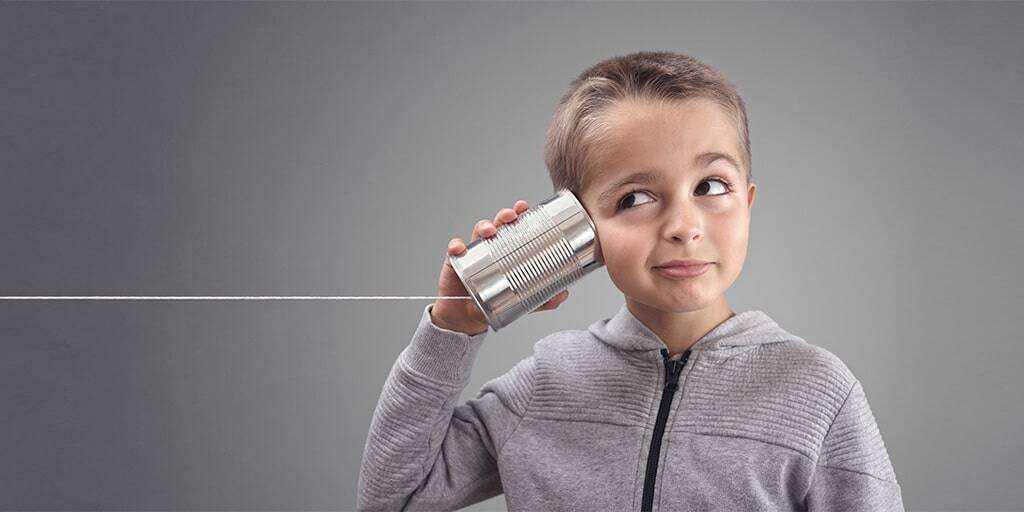 Last Week: Despite the release of top tier economic data and the conclusion of a Fed meeting, rates and equites wrapped up the week where they started. The yield on the 10-year US Treasury note rose a miniscule two basis points to 2.52%, and 1-month LIBOR also stuck to its familiar range, falling 2 basis points to 2.46%. Crude oil fell $1.50 to $62.00, as the US Dollar and Gold traded flat. Treasury yield volatility fell to 3.59 from 3.96 a week ago.

US unemployment fell to a nearly 50-year low. The unemployment rate fell to 3.6% in April, the lowest level since December 1969, with the economy adding 263K jobs last month, well above our 200K estimate. Wage growth held steady, advancing at a 3.2% rate compared with a year ago, the same pace as in March. The April jobs report vindicated Fed Chair Jerome Powell’s assessment that some of the weakness in economic activity at the start of the year was truly transitory (no need for rate cuts). On the flip side, range-bound wage growth bolsters the Fed’s view that there is little evidence the economy is overheating (no need for rate hikes).

Other economic bright spots painted a solid US economic picture. Given another solid jobs report last week, we’re finally seeing signs of one important follow-on to a tight jobs market: worker productivity. Here’s how the story goes: When the cost of labor increases, and businesses have the wherewithal to make capital investments in response, worker productivity increases. Rising productivity usually results in higher wages for workers. Given that individual spending is responsible for 70% of US economic activity, productivity is kind of important. Further, higher productivity allows employers to raise wages while maintaining robust profit margins without setting off inflation alarm bells at the Fed. A good thing for keeping rates low. We finally saw the first sign that this is actually happening last week, with data showing that worker productivity rose 3.6% in the first quarter, a nine-year high and nearly double what was expected.

Soiling the overall solid US economic picture was the Institute for Supply Management’s manufacturing index, which tumbled to 52.8 in April from 55.3 in May, the lowest level since October 2016. Weak demand for US exports – a reflection of the weak global economy – was a factor in the decline.

The Fed left rates unchanged while squashing talk of rate cuts. While no one expected the Fed to hike or cut rates at last week’s monetary policy meeting, there were hopes that Powell & Co. would hint at growing concern among Fed members over recent softness in gauges of inflation. Such concerns have raised expectations that the Fed was considering “insurance” rate cuts in the midst of solid economic growth and low unemployment. That potential development had been a focus of market speculation ahead of the meeting. At his post-meeting press conference, Fed Chair Powell crushed rate cut speculation as he stressed the Fed’s view that recent declines in inflation were due to transitory factors, reiterated the Fed’s “patience” mantra and that the committee expects inflation to rise back toward its 2% target.

Trump threw a monkey wrench in US-China trade talks.  In a series of tweets on Sunday, President Trump threatened new tariffs in the event a trade deal isn’t reached by week’s end. Markets hate political uncertainty – especially when it stands to effect asset prices. No one really knows where this is going to go as of this writing, however we feel a deal will be reached eventually, it’s just a matter of how much pain we’ll all suffer in the meantime.

Europe’s growth surprised to the upside. The eurozone economy grew more quickly than expected in Q1 – surprising pretty much everyone – as GDP expanded 1.2% year over year. Spain led the way, growing at a 2.4% pace, while Italy exited recession by eking out year-over-year growth of 0.1%. Additionally, unemployment fell to 7.7%, the lowest level since the global financial crisis. Why you should care: any good economic vibes out of Europe add support for US Treasury yields.

What to Watch This Week: Another solid jobs report and mostly positive peripheral economic data is an encouraging signal that weakness in the economy seen early in the year was transitory and that any weakness is evolving into a more solid outlook. The missing ingredient needed for the Fed to hike? Inflation.

This week’s reports on producer prices (Thursday) and consumer prices (Friday), both measures of inflation for businesses and consumers, will thus be closely scrutinized for evidence that the broad decline in inflation pressures over the past several months is subsiding. As we have said many times before, until consumer’s fatter paychecks fuel faster price increases, inflation will remain muted, blunting the Fed’s need to hike. However, if America’s job creation engine keeps humming, we’ll get there eventually, but likely not until year end at the soonest.

Other than economic data, Fed members will be on the road en masse, giving speeches to hammer their “patient” mantra home again.

Take-Away: Barring a US-China trade negotiation implosion, mixed US economic data and an “on-hold” Fed will keep rates range bound for now. The Fed’s stance is clear: inflation weakness is transitory, putting the burden of proof, and the need for a hike or cut in rates, on future economic data.

For the long term, the April jobs report and all its details remind us of the overall question confronting the Fed and the trajectory of interest rates: Can the economy run hot without generating excess inflation? If so, should the Fed allow it to do so by leaving rates where they are? We believe the answer is a firm “YES” to both questions, and that markets should keep an open mind to the possibility that the economy’s pace of growth has finally broken out of its post-financial crisis slump. 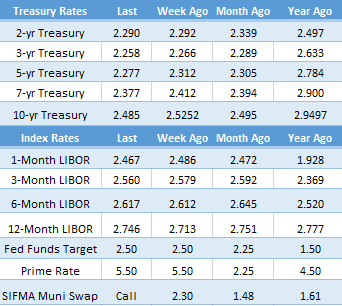 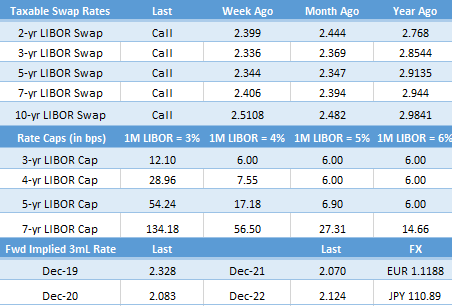 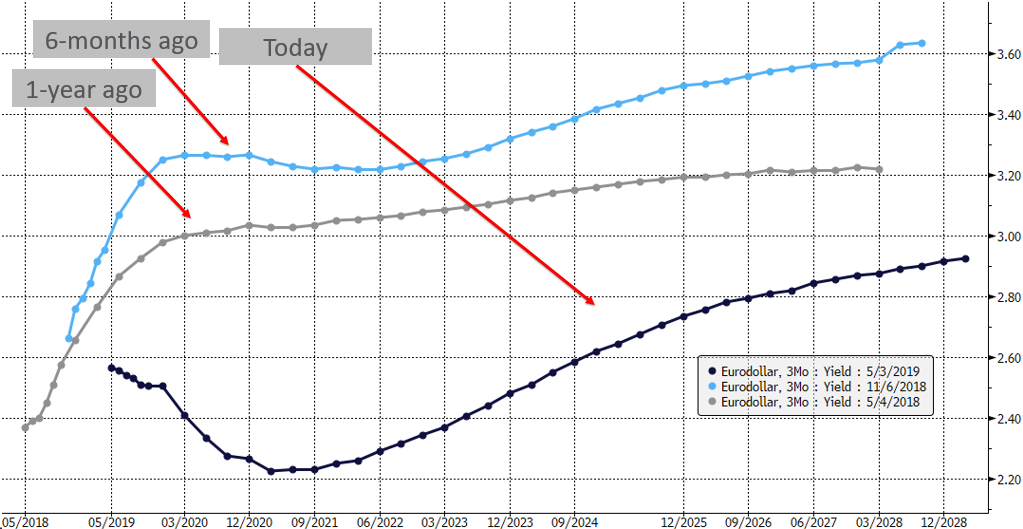