Last Week: The “reflation trade” continued to dominate financial markets last week, as early policy views of the Trump presidency combined with strong US economic data provided markets with the rocket fuel necessary to propel most asset classes higher. Four major equity indices hit new all-time highs, while the US dollar, Oil and sovereign bond yields all traded higher. Specifically in regards to yields, the 10-year US Treasury note rose to 2.37% from 2.29% a week ago – the highest since July 15 – while 1-month LIBOR breached .6000 to trade to .6059 versus .5677 a week ago.

A series of stronger economic data points were released this week, further cementing the case for a hike in policy rates from the Fed this month. Among the week’s highlights were strong durable goods orders (up 4.8% in October), a nine-and-a-half year high in existing home sales and a jump in the manufacturing purchasing managers’ index.

This Week: A busy week lies ahead, with Friday’s US employment report the usual big draw, although solid numbers are expected pretty much across the board.

With continued signs of economic firmness in the second half of this year, there is little reason to expect a significant deviation in the hiring trend we’ve seen of late; hence we’re expecting a 230k headline gain for November, a number that would serve as the final nail in the coffin for a 25bp hike on December 14. We believe that job creation was likely boosted by a recovery from Hurricane Matthew which may have weighed on the 161k gain in October. Unemployment should drop to 4.8% from 4.9%, but average hourly earnings are also likely to be lower at 0.2% after an above trend 0.4% last month.

Other important data releases are the second reading of US Q3 GDP, where a modest revision to 3.0% is expected. In addition, we’ll also get a glimpse of how corporate profits performed in the quarter, an important gauge on whether we can expect a pick-up in business investment, and hence robust hiring and eventual increases in consumer spending in 2017. Corporate profits have declined in five of the last six quarters. Any sign of a turnaround in profit growth will bode well for the economy as a whole, and could drive higher inflation and provide additional impetus for the Fed to hike sequentially next year.

Take-Away: With a Fed hike imminent, this week’s jobs data will serve more as an initial gauge of the pace of Fed hikes in 2017. Here’s how:

Job creation is wonderful and much needed no doubt, but what we also need to see for sustainable growth in America’s economy is an acceleration in consumer spending, which will only happen with consistent increases in wage growth. Think about it – if you’re not seeing an increase in your earnings, you’re not likely to buy something you don’t need, which is just what the economy needs to stay out of its slow-growth, multi-year funk. While last month’s jobs report was encouraging in this regard, consistent signs of wage growth have been tentative.

Trumponomics-driven inflation and fiscal spending are also wonderful, but won’t happen for a while given the time it takes to get legislature through Congress. Since corporates won’t pick up the slack via CapEx and inventory builds until they see the Trump-driven changes in fiscal policy, it’s up to the almighty consumer, via consumer spending, to be the primary growth engine now through early 2017. Bottom Line: The Fed won’t follow this month’s rate hike with another in early in 2017 unless the consumer steps up. 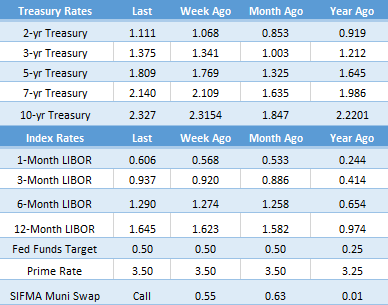 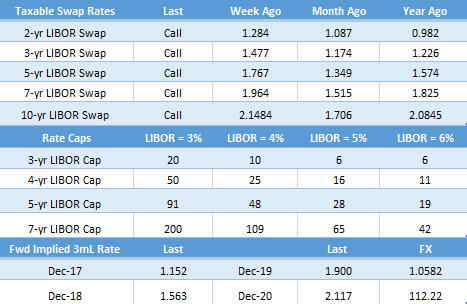 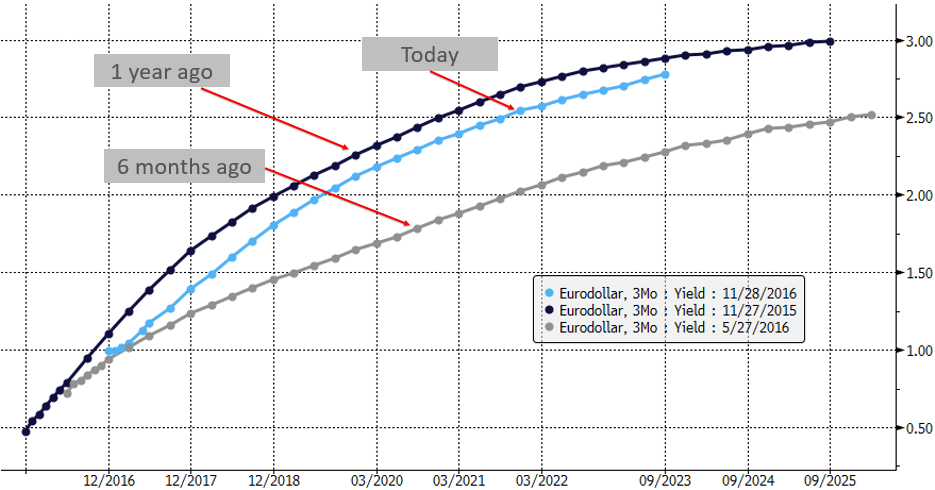