Markets Cave To The Fed 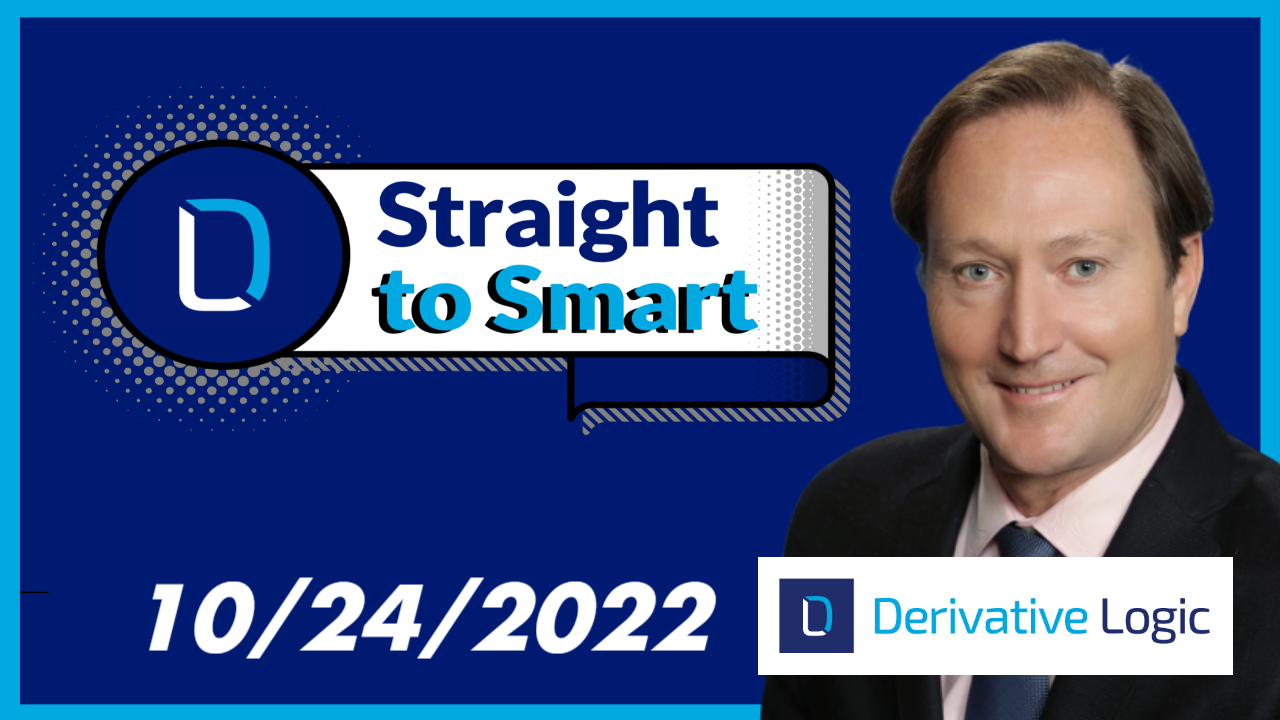 For the week, the 2, 5, 10 and 30-year US Treasury yields added a respective 3, 11, 23 and 33 bps. The surge in yields reflects a continued capitulation in markets that the Fed may not back off aggressive rate hikes as soon as many had hoped. The large jump in yields in long dated maturities in particular – specifically the 10- and 30-year – reflects the near breaking-point strain that the Fed’s sizable rate hikes to date and expectations of more are having on governments and economies around the world.

Elsewhere, the price of a barrel of West Texas Intermediate crude oil was little changed at $85.75, while the US Dollar weakened, and Gold strengthened. The US 2-year vs. 10-year Treasury yield spread, a widely watched barometer of the likelihood of a looming recession, wrapped the week at -0.27%, easing back markedly from the -0.51% low seen two weeks ago, and disrupting the powerful curve-flattening trend that has dominated the Treasury market over the past 18 months.

Our take: Despite talk late last week about a potential downshift in the Fed’s rate-hiking pace after November, America’s central bank will hike 75 basis points at its November meeting for certain, followed by at least another 50-basis point hike in December. The jobs market remains very tight, and there are few signs that it is going through the kind of dramatic rebalancing that would be required to bring inflation down anywhere close to the Fed’s 2% target.

Bottom line? As we’ve been saying for weeks now, barring a 2008-style, Lehman moment 2.0, the Fed won’t be easily dissuaded from hiking sizably in November, and again in December. Short-term Treasury yields, and SOFR along with them, are likely to keep heading higher over the coming weeks. In the meantime, the difference between market wagers on the Fed’s peak policy rate – as expressed through the futures markets and by extension, forward curves – and what the Fed has signaled exposes the bond market to further big swings in yields.

3-month (CME) Term SOFR, a useful gauge of hedging costs, continued its relentless ascent, rising ~10 bps last week to 4.06%, yet another new high for the three-year old index. The implied yield on the 3m SOFR futures contract 1-year forward (October ‘23) rose two bps from this time last week to 4.56%.  The SOFR futures markets continue to imply that market participants expect that 3-month SOFR will peak in April or May of next year – along with the Fed Funds rate – followed by a gradual decline over the next three years as the Fed eventually eases off the brake pedal.

Interest rate volatility, a key driver of the cost of rate caps, roared higher last week, after dipping to a two-week low early in the week.

Ahead of the Fed’s communication blackout period before its November 2nd policy meeting, Fed officials have been all over the newswires hammering away the Fed’s sole message: we’ll keep hiking until inflation is under control, and very near our 2% target. Until last week, markets didn’t really believe that the Fed would or could hike enough to get there without cratering the economy in the process, and still don’t.

However, the playing field in this gaping mismatch tilted to the Fed’s favor last week, as the Fed Funds futures markets – where investors bet with each other on how much and when the Fed will move rates –  priced in a peak Fed Funds rate of 5%. The Fed Funds rate hasn’t been at 5% since September 2007, and sits at 3.25% right now, implying that markets now expect nearly an additional 1.75% in rate hikes between now and June of 2023, up from just 1.25% two weeks ago. With a 75-basis point hike a sure thing in November and at least another 50-basis point hike in December, that leaves another 50 basis points in hikes spread out through spring 2023. While markets seem to be believing the Fed a little more now, the billion-dollar question now is: When will the Fed slow the pace of rate hikes?

There was a suggestion – via an article in the Wall Street Journal last Friday where a Fed official was quoted – that the Fed may be seriously considering when and how to ease off the brake.  You can never be sure if a central bank is speaking on behalf of itself or the journalist’s own opinion when they use an unofficial mouthpiece, as the Fed has done with the Wall Street Journal for years. Regardless, the article’s implication that the Fed may discuss easing back it’s planned hikes beyond November’s projected 75 basis point boost caused markets to become extremely enthusiastic, dragging yields slightly lower in the process. Funny enough, that was the exact information included in the Fed’s dot pot that was made public during its meeting in September. If the Fed decides to contemplate meeting its most recent projection, can it really be the “pivot” markets are hoping for? Probably not.

What to Watch This Week – The Fed’s Job Gets Tougher

Answering that question will be front and center on the minds of market players when the Fed meets on November 2nd and it hikes 75 basis points for the fourth time in a row. We suspect the Fed will imply a slower pace of hikes going forward at November’s meeting, with the first of such showing up at the December meeting as a 50-basis point hike, followed by 25-basis points in January and another in March. Even though the Fed’s hiking pace may end up being slower by year’s end, they likely won’t back off hiking Fed funds close to 5%.

So how does the Fed get that message across without rocking the markets? Nuance, something Fed officials aren’t great at. Markets will likely interpret any notion of a slowdown in the pace and degree of rate hikes as an impending policy pivot. This false assumption would immediately bleed into an easing of financial conditions, just the opposite of what the Fed wants.

Adding another layer onto the Fed’s conundrum, recent economic data haven’t provided any compelling proof that inflation is moderating, and upcoming data will likely confirm inflation remains stubbornly high. We’ll get proof of such via this week’s release of both the monthly PCE Deflator and the quarterly employment cost index (both due on Friday), two of the Fed’s favorite price and wage measures. Initial claims for unemployment insurance will show that the labor market is still tight (Thursday), and the preliminary estimate of third-quarter GDP (also Thursday) will probably show that the economy expanded at a respectable rate, signaling that it can withstand more jumbo rate hikes. All of these make the Fed’s communication highwire even more difficult.