Last Week: Interest rates were mixed as equities declined slightly for the week; the US 10-year Treasury yield hit a fresh high of 2.95%  – a level not seen by markets since January 2014 – only to fall back to earth late Thursday to finish the week at 2.8660%, lower than the 2.88% levels seen a week ago. 1-month LIBOR moved steadily higher, hitting 1.6312% late Friday, up from 1.5957% the week prior. With expectations for a 0.25% Fed rate hike on March 21, we expect 1-month LIBOR to hit 1.75% by the end of March.  Oil and the US Dollar rose, while Gold declined. Treasury market volatility, as measured by the Chicago Board Options Exchange Treasury Volatility Index (TYVIX) drifted slightly higher to 4.88, up from 4.68 the week prior.

Fed meeting minutes bolstered the case for rate hikes. At its January meeting, the last with Janet Yellen serving as chair, the Fed acknowledged America’s strengthening economic growth outlook, and thus cemented chances for raising short-term interest rates in March. The minutes lead some economists to support the idea of four Fed hikes in 2018 versus the prior consensus of just three hikes.

US existing home sales dropped in January. US existing home sales fell 3.2% in January from the previous month, and 4.8% from a year earlier, which is the steepest annual decline since August 2014. Low inventories, rising prices and higher interest rates were the culprits. Average 30-year fixed rate mortgage rates increased to 4.22% at the start of February compared with 3.95% at the start of January. January housing inventory showed the lowest count since 1999. Compounding the hurt, the new US tax code limited the deductibility of very large mortgages and property tax bills.

What to Watch This Week: Its all about the Jerome Powell’s first appearance before Congress as Fed Chair and hoping the latest batch of economic data will support the widely held view that the now solid economic footing is here to stay for a while.

On the data front, Durable goods orders and the manufacturing ISM will convey some clarity on whether robust consumer sentiment is actually translating into higher demand for goods and services. Given that consumers are responsible for 75% of economic activity, it’s critical that this translation occur for the economic good times to last. Furthermore, data on consumer confidence, personal income and spending will offer clues on whether consumers have the gusto to continue propelling economic growth through the rest of Q1. On the international front, comments from European Central Bank officials and the Italian elections both have potential to move US yields around.

Take-Away: Disappointed by the 10-year Treasury yield just missing the psychologically significant 3% level last week? Don’t worry, we’ll get another chance to get there this week as the new Fed Chairman, Jerome Powell, takes the spotlight in his first ever testimony to Congress on Tuesday and again on Thursday. In his previous role as Fed governor, Powell’s commentary on the U.S. outlook was unoriginal and sparse and always closely aligned with the Fed’s central view. As such, markets will be examining every word from the new Fed leader, for clues of any potential deviation from the gradual pace of rate hikes mantra of his predecessor, Janet Yellen.  With the US economy at full employment, inflation showing signs of life, and fiscal stimulus to boot, there is a potential for Powell to come out more hawkish than expected, implying a faster pace of rate hikes, but we doubt it.  His testimony will likely be one big yawn, despite the financial media’s attempt at hyping it up.

On another front, the tax cuts seem to be providing a tailwind to already strong economic activity, and could warrant more than three Fed hikes this year. As of yet, it just too soon to tell. In the meantime, we don’t expect long term yields from rising substantially from here,  given the Fed’s willingness to slow things down if need be via more rate hikes and the steady stream of large Treasury auctions blunting the market’s attempts at pushing rates ever higher. 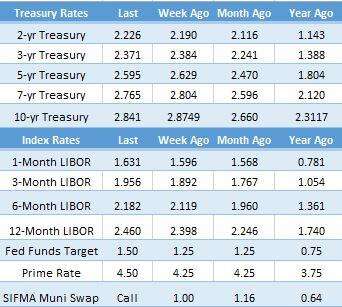 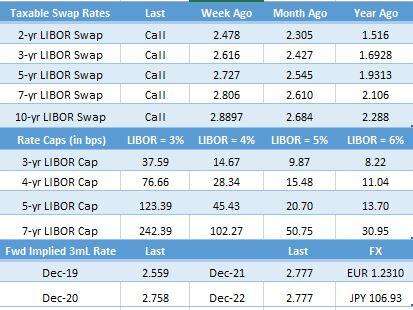 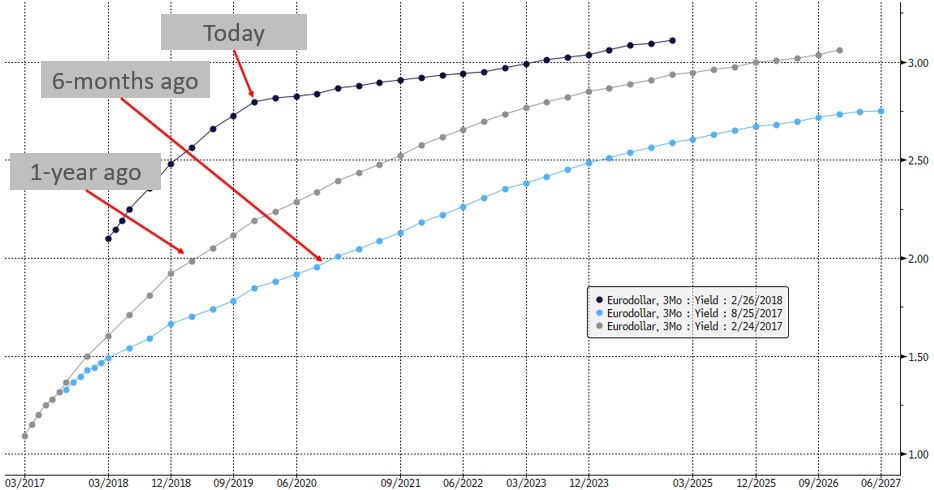