Last Week: Yellen & Co. reiterated that’s its in no rush to cool the economy and stood pat on interest rates in a sleeper of a Fed meeting. The release of Q1 GDP uninspired at 0.5%, the weakest in two years. Oil breached $46 a barrel, aided by a weakening US dollar, helped to fuel the selloff in bonds and drive yields slightly higher. The 10-year Treasury traded lower by 8 basis points to 1.8333%, while 1-month LIBOR traded lower by 9 basis points to .4357%.

This Week: Friday’s Jobs data for April will dominate the week. We’re expecting a strong 240K increase in payrolls, a decline in the unemployment rate to 4.9% from 5.0%, and an above trend 0.3% increase in average hourly earnings.

Other Tier-1 data and Federal Reserve member speeches pepper the week, with reads on manufacturing, construction, auto sales, the trade deficit, the service sector and factory orders all expected to paint an economic picture of continued shallow, slow but steady expansion.

Take Away: After the Fed non-event last week, markets are lacking any real conviction as they navigate a no man`s land of sorts, waiting for clearer signals from economic data and global events (e.g. Brexit) to determine the summer’s interest rate picture. This week’s data dump will help move things along.

Last week’s weak read of Q1 GDP was expected, but markets aren’t really buying the idea of a Q2 GDP rebound as we’ve seen in years past.  As such, traders are tempering their willingness to believe in the Fed`s baby steps towards another rate hike in June or July.

The market is wrong to underestimate Fed`s resolve to hike at least twice this year, and we still expect a hike in June. Why? As we’ve said before, as long and initial jobless claims stay within their expected range (they have), the jobs engine keeps humming (it has), inflation continues to creep higher (it has) and the unemployment rate continues to tick lower (it hasn’t but we think we’ll see a tick lower this week), then most of the Fed’s maximum employment and stable prices mandate will have been met. If these trends continue, the Fed will have to hike sooner rather than later. 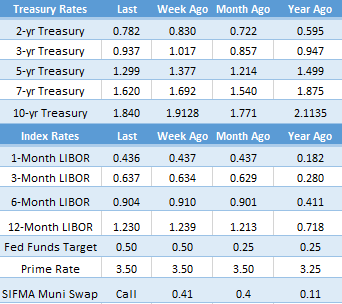 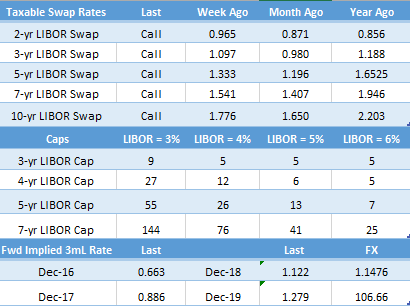