Last Week: Interest rates drifted within tight ranges as global equities were little changed for the week amid positive economic data and a market fully expectant of a near-term Fed rate cut. The yield on the US 10-year Treasury note rose slightly to 2.08% from 2.06% last Friday, while 1-month LIBOR fell to 2.2370% from 2.2660% this time last week. Oil rose slightly to $56.31, as the US Dollar weakened and Gold treaded water. Treasury yield volatility fell to 4.24 from 4.58.

Growth in America’s economy surprised to the upside. The US economy grew at an annual rate of 2.1% in Q2; lower than Q1’s 3.1%, but slightly better than pretty much everyone’s expectation of a 1.8% pace. The growth surprise – which showed up despite a slowing global economy – was driven primarily by strong consumer spending. Consumers contributed the lion’s share of growth, as business fixed investment, residential investment and net exports all served to slow things down. All told, Q2’s growth report was an impressive outcome for a quarter marred by (now unfounded) concerns of a hiring stall, rattled equity markets and the prospect of a significant intensification of trade tensions. Ultimately, the data tells us that the risk of recession is low and supports the Fed’s idea of the need for an “insurance” rate cut this week.

Global central banks are leaning ever-more toward rate cuts. In a major policy shift, the European Central Bank (ECB) implied its willingness to cut rates at its next policy meeting in September as well as revamp its quantitative easing program. This change is intended to lend support to Europe’s weakening economy, especially Germany, which is suffering from the ongoing weakness in global trade due to trade tensions between the US and China. Germany’s 10-year government yield fell further into negative territory on the news – now yielding -0.376% – which served as a drag on US Treasury yields. In related news, Russia and Turkey both cut interest rates last week. The Bank of Japan and the Bank of England both meet this week, and both are expected to keep rates on hold while joining the chorus of central banks staking new claims for policy easing should it be warranted.

US politicians cut a deal to increase the debt limit. In a move exhibiting what some would call fiscal irresponsibility, the White House and Congress agreed on a deal to increase federal spending for the next two years, eliminating budget caps set in 2011 and postponing the debt ceiling until July 31, 2021. The legislation increases spending by $320 billion beyond the 2011 budget limits. While $320 billion sounds like a lot of dough, it will be spread over two years and refers to the increase relative to the originally planned cap levels rather than the change from the previous year. In reality, the cap will increase by a modest $50bn in 2020 relative to 2019, equivalent to only 0.2% of GDP, and would then remain at roughly the same level in 2021. What’s it mean for interest rates? As long as the world loves to own US Treasuries, not much. However, the change certainly sparks questions about just how long America’s debt binge can go on unencumbered.

What to Watch this Week: Wednesday’s Fed meeting will take the spotlight in the days ahead, followed by tier-1 data releases including the ISM manufacturing report (Thursday) and the July jobs report (Friday).

Everyone expects the Fed to cut rates by at least 0.25% this week and follow it up with an additional cut later this year. Knowing that a cut is virtually a sure thing, the big question now is what happens next; specifically, the timing and extent of other Fed rate cuts in the months ahead. As such, Fed Chair Powell’s post-meeting presses conference will be scrutinized heavily. We expect the Chair to take advantage of the recent string of upbeat economic data to layout the Fed’s plans for a modest tweak in interest rates, with the state of future economic data playing heavily in to the Fed’s calculus for any future cuts.

While sure to be overshadowed by Wednesday’s Fed meeting, Friday’s jobs report is no less important than usual. We expect 180K in new jobs, the unemployment rate to remain unchanged, and for consumer wages to rise at a respectable level.  All told, the state of the jobs market is strong and will allow consumers to continue to drive economic growth.

Take-Away: Should the Fed cut this week as widely anticipated, will it mean that we’ve already seen the interest rate peak for this decade-long growth cycle? Not necessarily. Historically, when the Fed makes its first rate cut after a tightening cycle, a recession showed up shortly thereafter. However, if the Fed manages to expertly execute an “insurance” cut meant to revitalize the economy, then we could see higher rates before we see a recession.

A case in point: During America’s growth run in the 1990’s, the Fed finally cut rates in 1995 after a series of rate hikes. Did the economy fall into recession? No. In fact, the growth cycle continued on for nearly six more years, eventually flaming out in the year 2000 after the Fed followed up its rate cut with two rate hikes.

This time around, the recent spate of positive economic data has prompted us to ask if the Fed will cut just once and be done with rate cuts, paving the road for yields to move higher over the next several months as the economy responds positively to the Fed’s “insurance cut”. This one and done scenario could play out in a similar way to what happened in the late 90’s: extending the good times even longer and allowing the economy to avoid recession for years in the future. 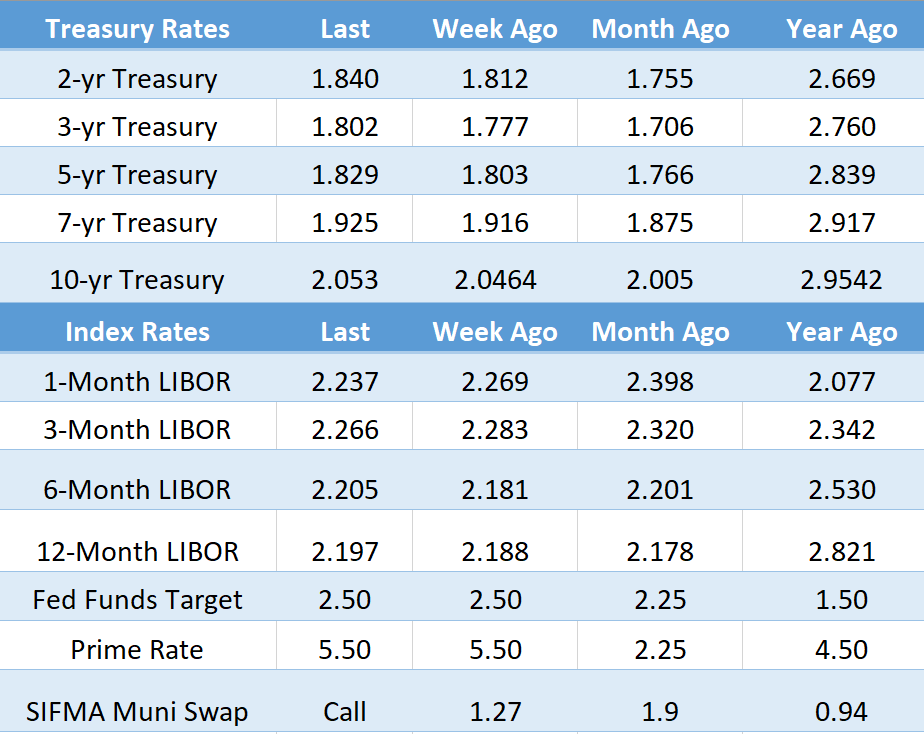 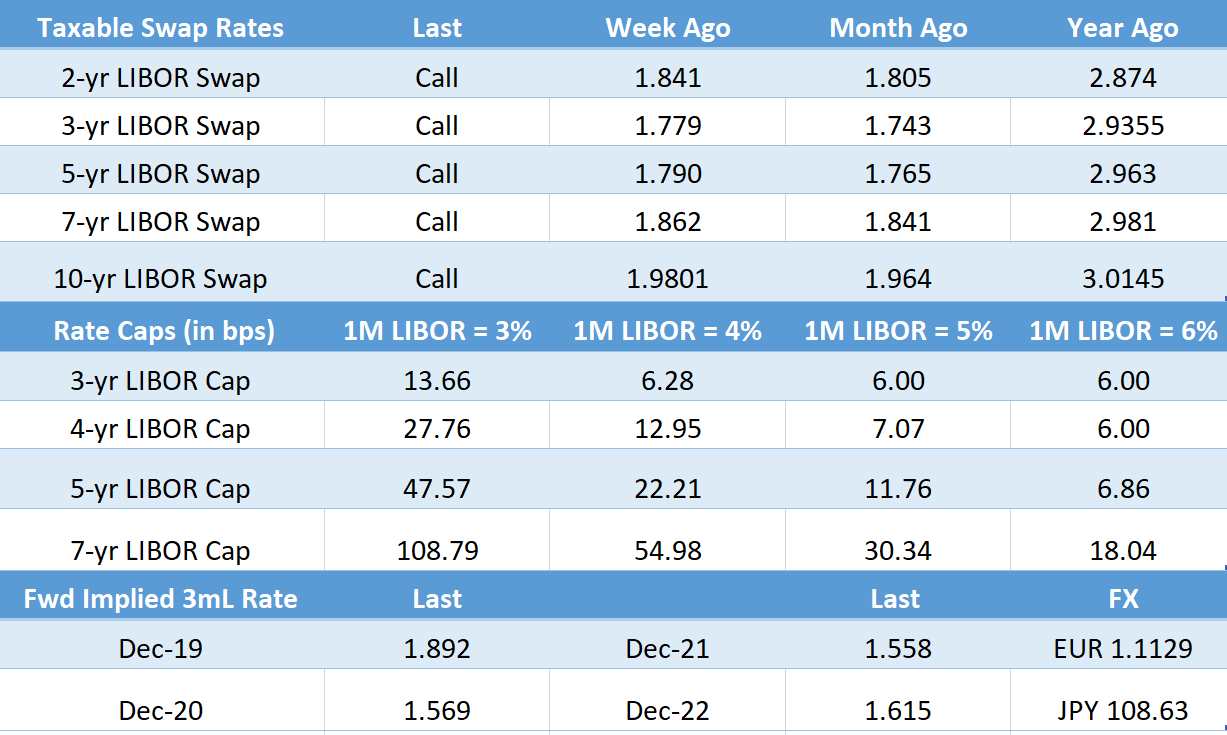 Click here for more DL Reports
Rates are Low and Falling: Should You Borrow Fixed or Floating?

Fed’s Plans Foiled by a Tweet
Scroll to top