Passing of the Inflation Baton?

What You Missed: Long-term interest rates trended lower while equities were little changed for the week after climbing further into record territory. China continued to stiffen its regulatory grip, corporate earnings were impactful, and the Fed said it has more ground to cover before changing its pedal-to-the-metal stimulus policy. Treasury yields continued their descent as the yield on the 10-year note dropped to 1.22% from 1.30% – now sitting at the levels where they traded just prior to the grand vaccine roll-out and passing of the stimulus package in February. Short-term rates, like 1-month LIBOR, SOFR and BSBY, finished the week slightly higher, but remained near record lows. The price of a barrel of West Texas Intermediate crude oil rose from $71.60 to $73.61 as the US Dollar weakened and Gold strengthened. Treasury yield volatility, a key driver of the cost of rate caps and other option-based interest rate derivatives, fell to one-week lows.

Inflation surged anew in July. Is it enough to nudge the Fed closer to tapering? Prices paid by the always-important US consumer climbed yet again in July, but at a more moderate pace than that seen in prior months.  The consumer price index (CPI) increased 0.5% from June and 5.4% from a year ago. Excluding the volatile food and energy components, the core CPI rose 0.3% from the prior month and 4.3% from July 2020. Faced with the double whammy of supply constraints and surging demand, it’s clear that businesses continue to raise prices for goods and services as cost pressures mount.

Peeling back the onion on the data, some of the price surges linked to the economy’s reopening are beginning to ebb. However, the July figures indicate that a sector transition is taking place in the inflationary trends, where prices for goods in categories most associated with reopening – like used cars, travel, hotels, and restaurants  –   are now accounting for a smaller piece of the overall gain in inflation. Said another way, there seems to be a passing of the baton occurring, where the reopening surge in prices is starting to abate, while other, more durable goods categories are taking their place. Elsewhere, while wages have strengthened in recent months, higher consumer prices are eroding Americans’ buying power, slowing the pandemic recovery. Separate data released last week showed that inflation-adjusted average hourly earnings (aka wages} declined 0.1% in July after a 0.5% drop a month earlier.

Consumers are feeling the pain, as evidenced by the latest reading on consumer sentiment, via the University of Michigan’s consumer sentiment index, which nosedived in August to the lowest reading over the pandemic. The deterioration was widespread across demographic groups and geography. Consumers have been sensitive to the course of the virus even as each wave has had a smaller negative impact on the economy. The latest jolt is concerning, but the economy remains on more stable footing, with job openings at a record high, and layoffs trending down.

Our take: Ongoing challenges, including materials shortages, shipping bottlenecks, and hiring difficulties will likely continue to put broader upward pressure on prices in the months ahead. As such, the CPI will likely hold in the 5.0%-5.5% range through year-end, before falling steeply over the course of 2022, right about the time we expect the Fed to begin its tapering actions. Looking further out, the CPI will likely normalize in the 2.5% range in 2023, in line with the Fed initiating its first-rate hike since the pandemic began. In short, if the swift rise in inflation over recent months has caused you to pay attention, wait until next year; inflation’s swift fall will equally impress you.

Senate passed infrastructure bill. The Senate passed a $1 trillion infrastructure package, sending the provision to improve the nation’s roads, bridges, and broadband to the House for approval, where it and a $3.5 billion budget resolution (focused on poverty, climate change, and health care) are not likely to pass for months as Speaker Pelosi says she will not take up one plan without the other. If the House’s version of the infrastructure legislation includes material changes to the Senate’s, lawmakers from both chambers would then work together in a conference committee to reconcile their differences and produce a final bill. That bill would then return to each chamber for a vote before heading to President Biden’s desk.

Our take: While it’s always fun to watch the political theatre surrounding the negotiations, the trillion-dollar question is how yet another massive stimulus package will impact inflation, and by extension, how the Fed could react. While no one really knows, we suspect the long-term nature of infrastructure projects and the massive number of jobs it takes to implement them would keep inflation spikes at bay.

Job openings surged to the highest on record. The number of US job openings jumped to more than 10 million in June, the highest on record. The jump came as the quits rate increased, while the layoffs and discharges rate were unchanged, reflecting increased bargaining power and employment options for workers. Leisure and hospitality showed the highest levels of job openings at more than 1.6 million. Health care and social assistance had 1.5 million openings. After dipping slightly in May, the amount of people leaving their employer rose again in June, when another 3.9 million people quit their jobs. The number of people who quit their jobs in June made up 69% of total separations, which also include layoffs, firings, and retirements.

What to Watch this Week: Recent data releases and  current Treasury yield levels still suggest that the Fed can slow-walk toward a scaling back of its stimulus measures. Questions about vaccine effectiveness and the need for booster shots suggest potential further disruption in consumers’ return-to-school and office plans this fall. It’s a recipe for a choppier than expected recovery, and a scenario that allows the Fed to be patient before acting. Such a scenario serves as a drag on interest rates moving notably higher anytime soon.

For the week ahead, the data docket includes key retail spending figures (Tuesday), in which a soft start for real goods purchases by consumers in Q3 is expected. Industrial production (Tuesday) should outpace the gain in retail sales, a signal that the supply side of the economy is catching up to red-hot demand, but at a snail’s pace.

Elsewhere, markets will be parsing remarks from Fed Chair Powell (Tuesday) in a virtual town hall with teachers and students, plus eyeing the minutes to the Fed’s July 28th meeting (Wednesday). Powell will very likely punt on policy questions until his Jackson Hole meeting later this month, but the minutes will likely imply that we’ll need to wait at least a meeting or two – September or November – for a clearer signal on taper timing and mechanics.

Big Picture: The string of high inflation readings month after month is causing many to scratch their heads, puzzled as to how the Fed can continue to think inflation is temporary, and doesn’t yet warrant a policy response. What these head-scratchers are missing is one key ingredient to the Fed’s inflation calculus: inflation expectations.

What are “inflation expectations”? The rate at which people – consumers, businesses, investors – expect prices to rise in the future. Actual inflation depends, in part, on what people expect it to be. If businesses and consumers expect prices to be 5% higher over the next year, they are more likely to accelerate anticipated purchases, raising demand today and pressuring prices higher sooner.  This increased demand, rising profits, and expected higher cost of living will, in turn, drive workers and their unions to demand similar-sized raises. Inflation expectations serve as a guide for actual inflation and are critical to determining whether America ends up with a Goldilocks outcome: just the right amount of inflation; not too much, not too little.

Today’s inflation scenario contrasts sharply with the 1970s and early 1980s, when bursts of inflation touched off upward spirals of inflation expectations, wages, and then, big spikes in prices of goods and services. Eventually the Fed – headed by our hero, Paul Volcker (we have a framed portrait of him in our headquarters and tip our hats to it in respect daily) – broke the circle of pain by drastically hiking interest rates, lurching the economy into deep recession. By firmly controlling inflation expectations since, the Fed has bought itself space and credibility to see through “transitory” spikes in prices – even big ones like what we’re all witnessing now.

Our biggest fear? It’s not rising inflation, but rather the opposite: low and falling inflation in the midst of massive fiscal and monetary stimulus. In such a scenario, the Fed and macroeconomists would face an existential crisis over how to move inflation up after having used most of the stimulus tools in their toolbox. 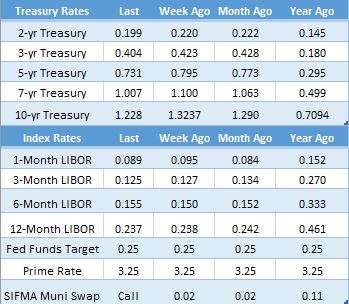 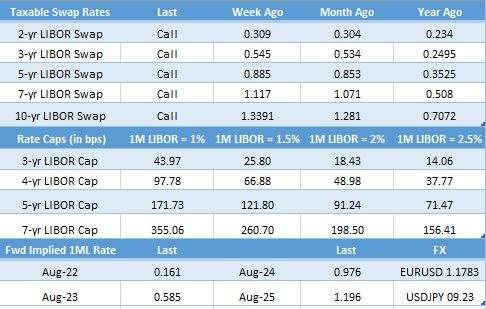 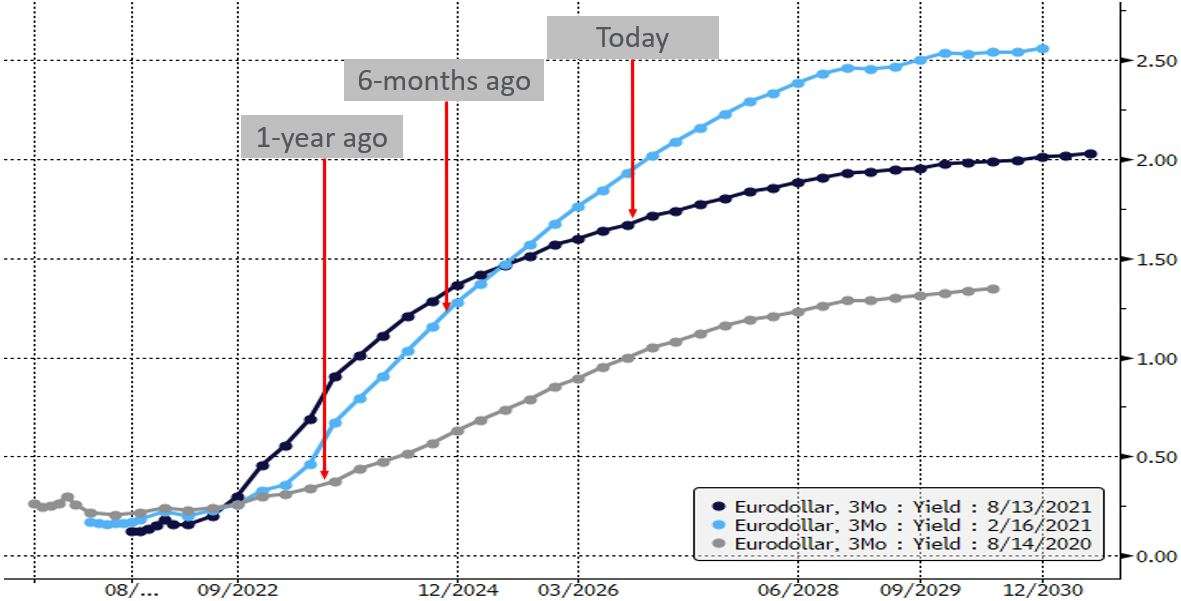 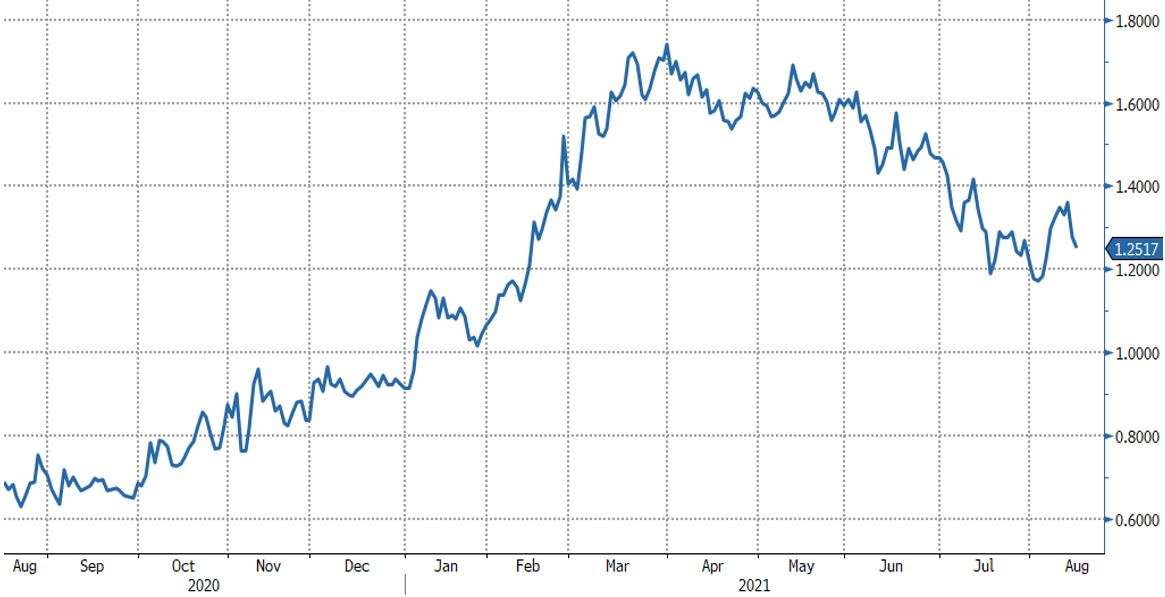 Repo Madness: How the Repo Market Affects Your Interest Expense
Scroll to top