Last Week: The highlight of the week was news that in Q3, America enjoyed its best quarter of economic growth in two years. The economy expanded at a 2.9% annual rate, boosted by a rise in inventories and a narrower trade deficit. Personal consumption, versus inventory restocking by businesses, was surprisingly muted.

The US wasn’t alone. Better than expected economic data in Europe and the United Kingdom showed the region seems to have sidestepped, for the moment anyway, the widely expected economic malaise spurred by the surprise Brexit vote this past June.

The positive mood helped extend interest rates higher, both in the US and Europe. German 10-year bunds are solidly in positive territory for the first time in a month at .15%, UK 10-year gilts are at post-Brexit highs of 1.26%, while US 10-year yields traded near 1.85%, the highest level in four months. 1-month LIBOR traded lower, to .5326% from .5340% a week ago. Global equities were modestly lower, oil prices declined while Gold and the US dollar rallied slightly.

Expectations for a December rate hike from the US Federal Reserve continue to solidify, and markets are beginning to anticipate the tapering of extraordinarily accommodative measures from major central banks during 2017.

This Week: While a big week on the economic and policy front, with both the November Federal Reserve monetary policy meeting and October jobs data on tap, the tsunami of expectation of a December rate hike is diminishing their normally momentous importance.

The labor market is in full swing, with job openings at all-time highs and layoffs near all-time lows. We’re expecting 165K in new jobs for October, up from last month’s read of 154K.

No one thinks the Fed will hike this week. Instead, Fed officials will focus on preparing markets for a hike next month. There will be one more jobs report released before the Fed meets in December.

The final stretch of the Presidential election will take center stage, especially since it’s increasingly looking like a close call. Data on producer prices, the state of the manufacturing and service sectors and comments from Fed officials, while important, will take a back seat to election polling data which is sure to keep everyone on their toes.

Take Away: The markets continue to ascribe a 70% probability of a hike next month, with last week’s strong Q3 growth numbers eliminating any lingering doubts to the contrary. We expect this week’s meeting to be a non-event, but will examine the Fed’s meeting statement for language that implies a more hawkish stance next year, where they currently expect just two hikes.

This week’s jobs data and other top-tier indicators on manufacturing and services will play an important role in forecasting what the Fed will do next year, in that they’ll speak to how sustainable the respectable growth we’re seeing really is. 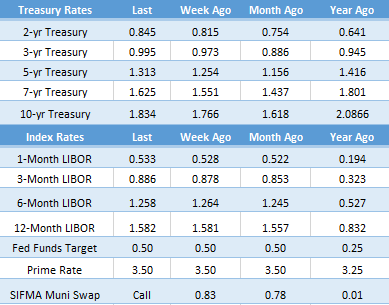 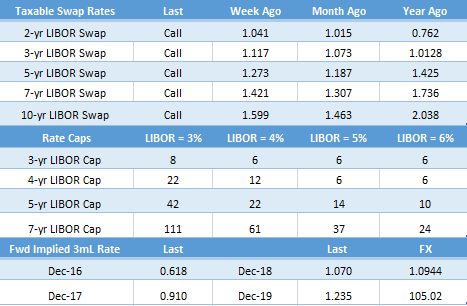 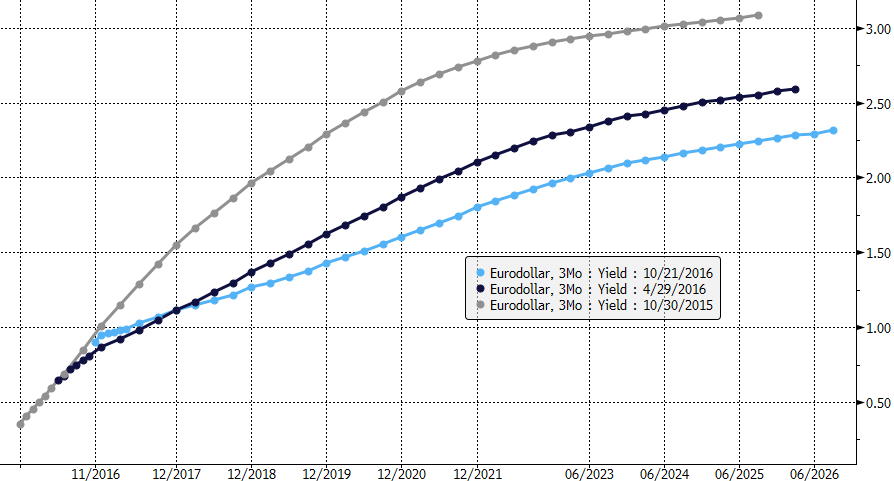 The Fixed Versus Floating Interest Rate Conundrum: 5 Factors to Consider When...
Scroll to top