Last Week: Interest rates and equities rose modestly, boosted by broad strength in commodities and a strong start to the corporate earnings season. The yield on the US 10-year Treasury note jumped 11 basis points to 2.93% as 1-month LIBOR rose to 1.8982% from 1.8943% the week prior. Oil prices slipped back from three-year highs to $68.25 a barrel, while the US Dollar strengthened, and Gold weakened. US 10-year Treasury yield volatility, as measured by the Chicago Board Options Exchange Treasury Volatility Index (TYVIX), rose to 3.76% from 3.64% the week prior.

A 3% 10-year Treasury yield is back in focus. After reaching just above 2.96% in Friday – breaching the previous 4-year high of 2.9537% set back in February – calls that the 10-year Treasury will beach the 3% level are growing. Will we get there? It’s likely before the end of the year certainly, but in the near term, it all depends on the stock market; the S&P fell in the last two trading sessions as 10-year yields climbed, driven by investors fleeing stocks for bonds.

Retail sales rebounded in March but won’t do much for sagging Q1 GDP. The March reading of retail sales – an important piece of data as it sheds light on the confidence of the almighty American consumer, who’s responsible for 75% of US economic activity –  topped expectations, mainly due to stronger-than-expected vehicle sales. March retail sales rose 0.6% vs. -0.1% prior, thereby posting the strongest increase since November (0.8%). While the data looks good on the surface, remember that retail sales were up only 0.8% annualized in Q1 2018 compared to 10.4% in Q4 2017. March’s deceiving retail sales data shed light on something much bigger: Q1 GDP. See below for details.

The International Monetary Fund (IMF) sees the global cyclical upswing continuing. The global economy grew 3.8% in 2017, the IMF said in its April World Economic Outlook and is expected to grow at a 3.9% pace this year and next. The Fund warned that while near-term upside and downside economic risks are broadly balanced, beyond the next several quarters, the risks will lean to the downside. The IMF cited growing trade tensions and dangers of a shift toward protectionist policies (aka trade wars), tightening financial conditions (aka Fed rate hikes) and geopolitical strains as potential downside risks.

What to Watch This Week: This Friday’s first read on Q1 GDP takes the data spotlight for the week ahead. It’s likely to disappoint, coming in near 2.0%; a far cry from the year-on-year pace of 2.6% that prevailed at the end of 2017. The smart money will mostly shrug it off though, as Q1 GDP has fallen short in three of the last four years only to rebound in Q2 and beyond. We’re expecting the pattern to continue again this year: consumer spending lagged over Q1 as the positive impacts of the tax cuts were delayed, winter weather kept consumers hunkered down at home, spikes in stock market volatility dented consumers’ confidence in the future, and the economy was still hungover from robust spending in Q4 2017. Don’t worry, Q2 GDP will rebound, as it has in years past, to somewhere near 3.5% as payback for the Q1 doldrums.

Another data point of note this week is Friday’s release of Employment Cost Index data, a quarterly reading which measures the changes in the costs of labor for businesses. Given the market’s focus on the persistent lack of increases in consumers’ wages, and resulting influence on future Fed rate hikes, the quarterly employment cost index will receive more attention than usual this time around. We’re expecting a 0.7% read for Q1, up slightly from the 0.6% read in Q4 2017. The data will do little to alter the Fed’s future path of hikes.

Take-Away: Since this week’s focus is on America’s GDP, it’s a good time to reflect on what the current state of the US economy means for the sustainability of growth and the Fed’s efforts to keep it on track but in check via rate hikes amid growing calls for a slowdown.

A year ago, one of the key gauges the Fed pays attention to in setting policy – the unemployment rate –  had fallen through most estimates of “full employment”: the condition in which virtually all who are able and willing to work are employed. But just as it appeared on the cusp of falling below 4% last fall, it paused and has held steady for the last five months. At the same time, sentiment and activity gauges have come off their highs, spurring calls that growth is slowing and that the flattening yield curve could portend a curve inversion and a recession down the road. Don’t believe it, the growth naysayers are wrong: many of the economic gauges, by design, don’t hold peaks for an extended period, even if the pace of production is holding up. While sentiment gauges may have eased off their highs, activities of homebuilders, small businesses and consumers are still operating at robust levels. Sure, sustained increases in consumers wages – the secret sauce for lasting economic growth – are yet to be seen, we’re expecting a more rapid rise in wages by the end of the year as the quick pace of job creation continues and the supply of labor tightens. What’s it mean for the Fed? Underlying momentum in the economy is building, growth is accelerating while inflation is scant, allowing the Fed to continue hiking at a slow, methodical pace with little threat of derailing the economy. Expect at least two more 0.25% hikes this year and two 0.25% hikes next year, at a minimum. 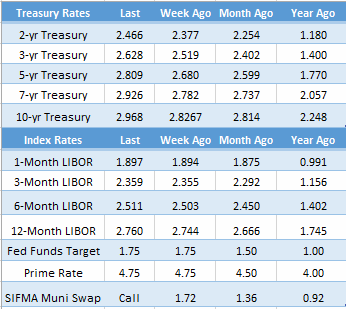 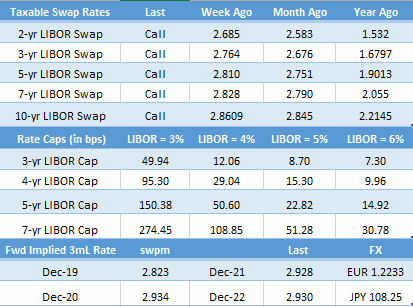 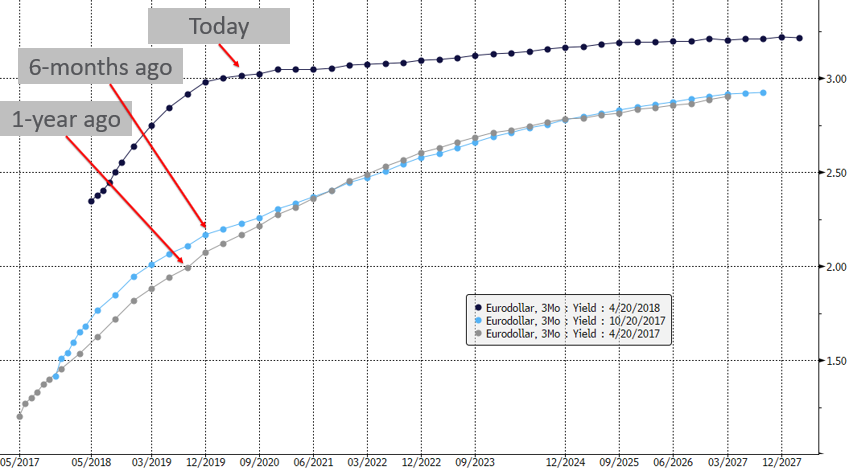 Fed’s Resolve is Proving to be the Right Call as Inflation Pressures ...
Scroll to top