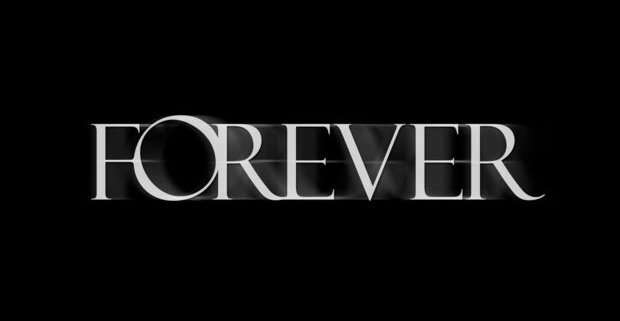 Last Week: Interest rates rose, and equities were little net changed on the week, though volatility remained extraordinarily high. The yield on the US 10-year note rose all the way to a 1.19% high at mid-week, but wrapped at 0.88% on Friday. 1-month LIBOR rose steadily throughout the week, peaking at 0.93% at week’s end on signs of increasing strain on the availability of credit. The price of a barrel of crude oil fell $7 to $24.75 on global growth concerns and the ongoing price war between Saudi Arabia and Russia. Treasury yield volatility, a key driver of the cost of interest rate caps and swaptions, slipped to 13.28 after peaking over 16.00 on Thursday. For some perspective, it was just 6.00 on March 5th, and peaked at 14.8 during 2008’s financial crises.

Central banks pulled out all the stops. From an emergency 100-basis-point Fed funds target rate cut, to restarting quantitative easing in multiple jurisdictions, to enacting an alphabet soup of targeted liquidity facilities, central banks across the globe unveiled a variety of bazookas to unclog the global financial system. Among the programs the Fed put in place were global financial crisis-era tools designed to keep vital markets, like commercial paper and money markets, to name two, functioning smoothly. Keeping credit flowing and encouraging consumers to spend were the top priorities.  The European Central Bank added a new €750 billion asset purchase program to run through the end of 2020. The Bank of England cut its base lending rate to its effective lower bound of 0.10% and restarted its quantitative easing program. The Reserve Bank of Australia followed a similar path.

Treasury yields on a roller coaster. Government bond yields spiked globally as investors sold some of their most liquid assets after encountering difficulty executing trades in less-liquid markets, though some of the new policy prescriptions saw rates slip from their highs, particularly on the periphery of the eurozone. The dislocation in the US Treasury market was so severe that the yield on the 3-month T-bill briefly traded in negative territory. Demand for the US dollar surged on foreign exchange markets as dollar-based funding markets remain strained. The US investment-grade and high-yield corporate bond markets also remain under tremendous pressure. Treasury yields have now swung in a range of more than 50 basis points in each of the past three weeks, a scenario that hasn’t been seen in the past twenty years. Rates-market volatility is not far below a post-2009 high reached earlier this month. Illiquidity reigns supreme, and it won’t be quelled anytime soon.

Lender appetite for new credit shriveled. Our friends at the large commercial real estate brokerages and at large and regional banks revealed that lending activity among higher leverage / debt fund lenders is becoming shaky, given the sector’s reliance on CLO (Collateralized Loan Obligation) issuances and line lending. Due to the recent draconian restrictions on large gatherings and fears around travel in general, lenders with more substantial exposures to hotels and retail have become particularly strained. For the first time in over a decade, we have seen a swath of lenders adjust the economics of loan commitments to less favorable terms or drop out of deals completely. However, broadly speaking, most lenders (Banks, Life Insurance Companies, Freddie and Fannie) remain active, but are either back-logged or are quoting less favorable terms, specifically wider spreads and higher LIBOR floors. Planning on closing a loan in the next 30 days or so? Speed is your friend. Get that credit while you can.

Big banks compete at formulating the most dire economic forecast. We won’t feed the negative frenzy here, but let’s just say that all the big banks (e.g. Deutsche Bank, JP Morgan, Barlcays, Citi) are queuing up to decide who can conjure the most dire economic growth forecast. We understand why they are doing it – it’s their job – but it’s pretty pointless to think that the nuances matter much. Could you tell the difference between a -15% annualized growth rate and a -30% one? No, they’re both terrible. Is the distinction useful for forecasting interest rates or equity returns? Not really. Read to doom and gloom with caution.

SOFR shows its Achilles heel – again. Remember when everyone was abuzz about the looming sunset of LIBOR in favor of SOFR? Seems like old, irrelevant news now. The past week saw SOFR fall to 0.06% amid the Fed’s aggressive moves to maintain liquidity in the repo markets. Meanwhile, LIBOR rose to near 1.00%. Sure, given that its secured by US Treasuries, SOFR should be lower than LIBOR, but why so much? What’s going on? LIBOR is so much higher because it reflects true interbank borrowing costs and credit risk.  As the availability of credit has become constrained, LIBOR has risen as a result. Great demand for credit + a limited appetite to lend, equals a higher LIBOR. Not so with SOFR, given that it’s nearly a riskless rate for an overnight loan between financial institutions, secured by US Treasuries. This is the flaw with a secured rate.  As a borrower, if you had financed a floating rate loan that used SOFR as the floating rate index you’d be loving it right now. If you’re the lender however, you’d be seeking an adjustment to SOFR that better reflects the true cost of credit (aka a wider credit spread).  Lenders – markets are offering you a lesson. How do you structure the “Alternative Index” language in your loan agreements to address the current LIBOR-SOFR dynamic? If things get really bad, SOFR could go negative, but LIBOR probably not. Lastly, investors who purchased the much touted SOFR indexed bonds are earning alot less interest than expected.

Startling Chinese economic data foreshadow what may be next. Chinese industrial production, retail sales and fixed asset investment data for the January-February period were dramatically worse than expected, sending shockwaves through global markets. Industrial production plunged 13.5% while retail sales plummeted 20.5%. Investment in property, machinery, infrastructure and the like dropped 24.5%. All three measures fell for the first time on record. Though it will take a while to show up in the hard data in the West, similar figures are expected in the months ahead. While US jobless claims jumped 70,000 in the latest weekly data, far higher numbers are expected in coming weeks.

What to Watch in the Week Ahead: Most of the near-term economic data are ancient history at this point, amid a global cannonade of central bank bazookas and rapidly intensifying virus containment measures.

The exception will be the data on weekly filings for unemployment insurance claims, set for release this Thursday. The data will provide an important early indication of the speed and magnitude to which a record long economic expansion crumbles into deep contraction. Unemployment insurance claims surged last week and will likely rocket into the millions in this week’s report, as a rapid lockdown of economic activity throws workers – and hourly workers especially – off the payroll. For comparison, jobless insurance claims peaked at 660K in early 2009 during the financial crises. According to the Bureau of Labor Statistics, in 2019 there were 82.3 million workers age 16 and older paid at hourly rates, or about 56.3% of non-agricultural wage and salary workers. Get ready for the jobless wave – its coming, and fast. If claims skyrocket as we expect, investors will seek a move to cash to an even greater extent than we saw last week, spurring a further constriction in credit and volatility in Treasury yields and LIBOR as a result.

The days ahead are unlikely to bring much in the way of settling news, and the picture taking shape is one of a rapidly crumbling US economy. All eyes are on US lawmakers, who are reportedly inching toward a vote this week on an economic rescue package in the vicinity of $2 trillion. Buckle your seatbelt.

Big Picture: It’s now blatantly obvious that we’re in for a deep, but hopefully temporary recession. Our co-founder, Rex Evans, described it this way: “the economy won’t just go into recession, it will just stop.” He’s right. We’re estimating, best case, that GDP growth contracts by 9% in Q2. Worst case, growth will tumble to a terrifying -14%.  Now that the Fed has, and will continue to, throw everything its got to shelter the economy from the crises (QE Forever?), what will drive the severity of the downturn is the length of containment measures and the effectiveness of fiscal stimulus.

The only data point for the economy that really matters this week is whether Congress can make convincing progress toward enacting the fiscal stimulus package that stalled yesterday. One way or another, they have to find their way to getting a plan passed. And partisan differences are inexcusable. The clock is ticking for a lot of people, as well as businesses. For many, this will be their safety net. The economic shock will be directly correlated with the length of disruption to household and business incomes. In other words, every day that politicians delay, the costlier the economic damage.  We will get through this if everyone is onboard by taking measures to protect themselves, loved ones, and the community.  The Z generation needs to take this crises seriously or suffer the consequences when they try and enter the workforce. 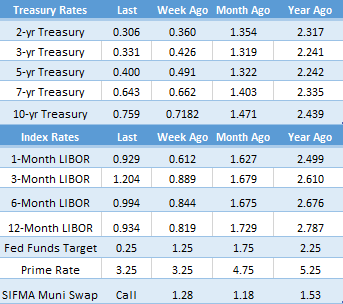 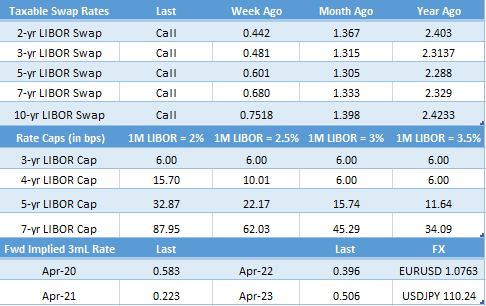 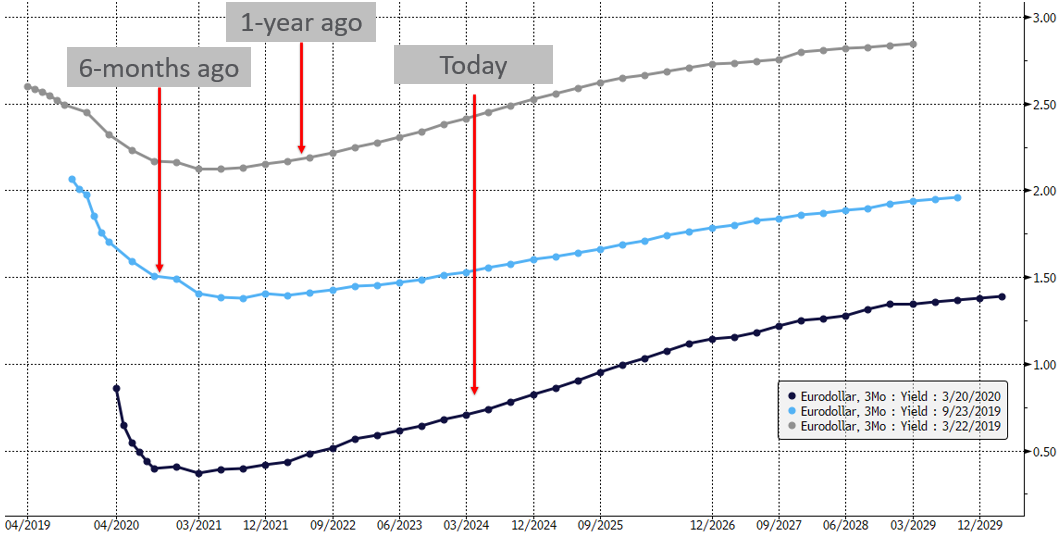