What You Missed: Long term interest rates and equities declined as the Fed announced its view of inflation being “transitory” is officially over, stating that it will taper bond purchases faster and implied it would hike interest rates at least a couple of times next year. The yield on the US 10-year Treasury note fell to 1.40% from 1.47% on Omicron variant concerns, along with short-term interest rates, where all the volatile action has been of late. Elsewhere, the price of a barrel of West Texas Intermediate crude oil declined to $71.21 from $71.79, as the US Dollar traded flat, and Gold strengthened. Treasury yield volatility, a key driver of the cost of rate caps and other, option-based interest rate derivatives, finally eased after having been at levels not seen since March of 2020.

If you’re a floating rate borrower or lender that has ignored the impending death of LIBOR, the Federal Reserve’s recommendation that bank’s not enter into any new LIBOR contracts after December 31, 2021 should wake you up to the issue quickly. While the deadlines and nuances of LIBOR’s transition to a new index may change, it’s time to get up to speed on how the event will impact: 1) new and existing loans and 2) new and existing rate caps and swaps. You won’t be able to buy a LIBOR-indexed rate cap next year.  This shift will impact you, perhaps negatively. Contact us for a discussion on how LIBOR’s transition impacts your specific situation, and what actions you should be taking now.

The Fed charged forward toward tighter policy. America’s central bank provided multiple indications at its scheduled monetary policy meeting last week that its run of ultra-easy policy since the beginning of the pandemic is ending, making aggressive policy moves in response to rising inflation more likely. Chair Powell and Co. said they will accelerate the reduction of its monthly bond purchases, doubling the $15 billion November pace to $30 billion this month, then accelerating the reduction even further come 2022. Projections released also indicate that Fed officials see as many as three 0.25% rate hikes coming in 2022, with two in the following year and two more in 2024. That’s a bit aggressive from our point of view.

Our take: The next couple of weeks are going to be about locking down the year, enjoying the holidays, and thinking about the future. It’s a future that will almost certainly include rate hikes from the Fed, a fact that has been well-absorbed by financial markets at this point. Or has it? Financial markets seem confident in anticipating a long series of rate hikes in the coming years, but that conviction isn’t supported by its own track record of accurately predicting what the Fed will do.

First off, if one looks at the price of eurodollar contracts – where the LIBOR forward curve comes from – maturing in December of 2023 2024, and 2025, they’re all trading at or near their highs of the last month. It suggests that the bond markets aren’t totally buying the Fed’s pivot toward a long succession of rate hikes over the coming few years.

Second, consider the Fed’s newly updated dot plot, a set of data that the Fed uses to convey the interest rate outlook of its individual members. The dot plot is now showing that most members of the Fed’s rate setting committee anticipate a steeper path of rate hikes than at its last meeting in November: three quarter-point rate hikes for next year, three for 2023, and two for 2024, taking the federal funds rate, the rate that essentially drives all other interest rates around, from 0.25% to 2.1% in 2024. While certainly attention grabbing and slobbered over by the financial news media, history has shown that one can’t rely on the dot plot as an accurate predictor of what the Fed will do.

Bottom line: No doubt, the Fed has sent a loud and clear message to markets that they’re serious about controlling inflation and are willing to hike rates faster and higher. However, markets don’t seem to be buying the narrative implied by the dot plot; that we’ll see a long succession of eight rate hikes over the next few years.

Our ultimate barometer in situations like this is the Fed Chair, and what he/she says and does. Fed Chair Jerome Powell was certainly upbeat during his post-meeting press conference but didn’t exactly sound like he thought we were entering a brave new world where the Fed funds rate will need to move higher than the 2.5% peak it hit in the last cycle. Looking further back, you don’t need to be some sort of savant to observe that the apex of Fed funds has been falling steadily over the last quarter century-plus:  2.5% in 2019, 5.25% in 2007, 6.5% in 2000.  That’s probably a big reason why the financial markets are pricing a Fed funds rate – when all the coming rate hikes are said and done – that’s notably lower than the 2.5% peak we saw in 2019 and lower than the dot plot implies. From another perspective, we suspect the Fed will have to cut its planned series of rate hikes short due to weakening economic growth, just like what happened in 2018-19. Keep reading, there’s more on that below.

Wholesale prices rose to a record. Inflation is running hot. According to the US Department of Labor, wholesale prices rose at their fastest pace ever in November. The producer price index for final demand products increased 9.6% over the previous 12 months after rising another 0.8% in November. Economists had been looking for an annual gain of 9.2%. Excluding food and energy, prices rose 0.7% for the month, putting core PPI at 6.9%, also the largest gain on record. The Labor Department’s record keeping for the headline number goes back to November 2010, while the core calculation dates to August 2014. Why it matters: The data underscored the need for the Fed to begin easing off the gas pedal, if the element that’s really running the show – COVID 19 – doesn’t force fresh lockdowns.

Bank of England hiked rates. The Bank of England (BOE) became the first major central bank to hike interest rates since the onset of the pandemic, increasing its main interest rate to 0.25% from its historic low of 0.1%. The Bank’s nine-member Monetary Policy Committee voted 8 to 1 in favor of the 15-basis point hike, while voting unanimously to maintain the government bond-buying program, that’s similar to the Fed’s.  The BOE said it had to act because it saw warning signs that underlying inflation pressure might become long lasting. UK inflation hit a 10-year high in November as the Consumer Price Index rose by an annual 5.1%, up from 4.2% in October and well above the central bank’s target of 2%. The Bank now expects inflation to remain at around 5% through winter, peaking at around 6% in April 2022.

Separately, the European Central Bank raised its inflation projections to 3.2% next year, well above the 2% target, before dropping to 1.8% in both 2023 and 2024. Elsewhere, the Bank of Japan (BOJ) decided to taper its corporate debt purchases to pre-pandemic levels and scale back some of its emergency funding schemes upon reaching a March 2022 deadline. As widely expected, the Japanese central bank maintained its short-term interest rate target at -0.1% and the target for 10-year bond yields around 0%. Why it matters: It’s a global economy folks. The Bank of England’s move, likely follow on from the European Central Bank and the re-positioning by the BOJ opens the door to a faster pace of Fed tapering and to higher US rates in the coming months.

What to Watch This Week: The data and event this week will serve to support the Fed’s pivot to a faster taper and higher interest rates.

The Fed’s preferred inflation gauge (PCE deflator, Thursday), like the Consumer Price Index, will likely show the highest inflation since 1982, piling on an increasing number of justifications for the Fed’s pivot. If the data shows as expected, it will put inflation on track to meet the Fed’s upwardly revised year-end forecast – reassuring to those who were losing faith in the Fed’s inflation predictions.

The high inflation trend will continue well into next year, barring two distinct risks that could upend it:

1) The omicron variant. If Asian countries revert to fresh lockdowns, supply chains will be squeezed anew. New data on the variant’s infectiousness and lethality will come throughout the week.

2) The explosion in housing prices and rents may continue. Many widely viewed rent gauges have exploded this year, with several currently climbing at double-digit rates, and the heat of high and rising costs for housing shows no signs of letting up (existing home sales, Tuesday; new home sales, Thursday), with inventories still at record lows.

As discussed earlier, even though rate markets aren’t buying the degree and duration of a long and enduring path of Fed rate hikes implied by the dot-plot, indicators of the performance of the real economy are likely to suggest otherwise: firms are eager to invest on the back of the pandemic-induced windfall profits (durable goods orders, Thursday), consumer consumption is poised to continue a string of hefty gains (personal spending, Thursday), and improving wages for consumers should spill over into their confidence in the future (consumer confidence, Tuesday; U. Michigan consumer sentiment index, Thursday).

Big Picture: The financial cushion that both households and firms have built up over the pandemic has given the Fed the confidence it needs to embark on a tightening tilt while avoiding a hard landing. But that path is narrowing the longer the Fed waits to pull the rate hike trigger.

An important factor is being obscured amid all the “rates are going higher” chatter: the ongoing cutback of the federal government’s budgetary support and its bigger than expected, negative impact on economic growth next year. This will be an even larger impediment to a long series of Fed rate hikes given that the passage of any sizable “Build Back Better” package is looking increasingly wobbly, serving to slow economic growth sooner and faster. How can the Fed hike rates successively in the midst of a slow and incremental economic slowdown over the next couple of years? It can’t and it won’t.

Fiscal measures that helped to prop up the economy during the pandemic – everything from stimulus checks for households to low-cost financing for small companies – are fading from view. The trend will continue even if President Biden manages to win Congressional approval of his scaled down Build Back Better agenda, as the spending will stretch over years, with limited impact in 2022. It will also be at least partly paid for by tax increases that slow the economy down rather than speed it up. 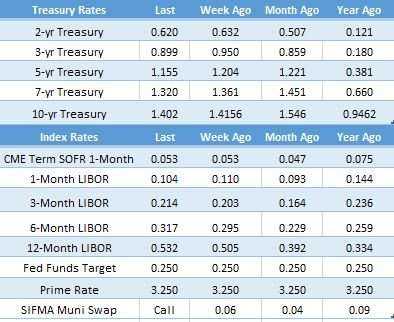 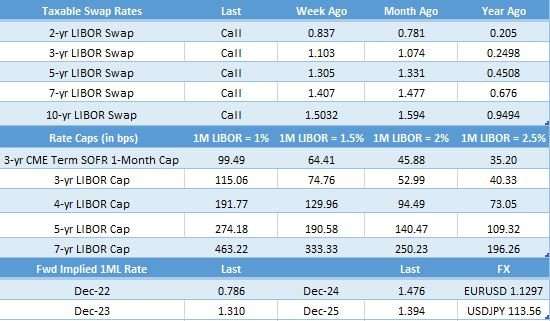 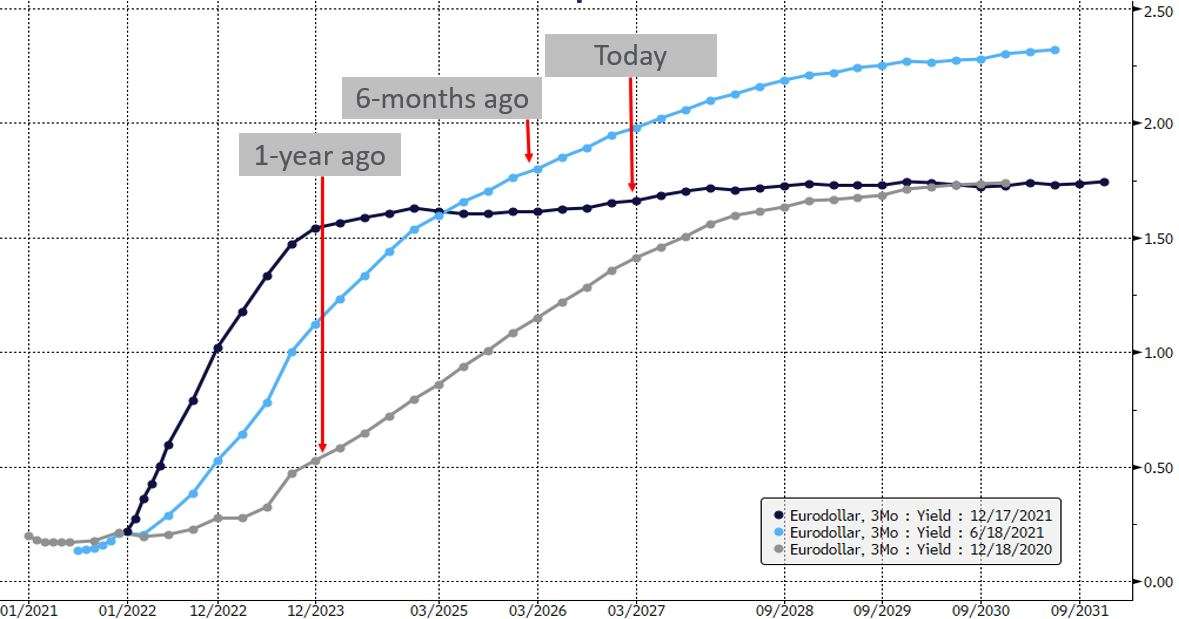 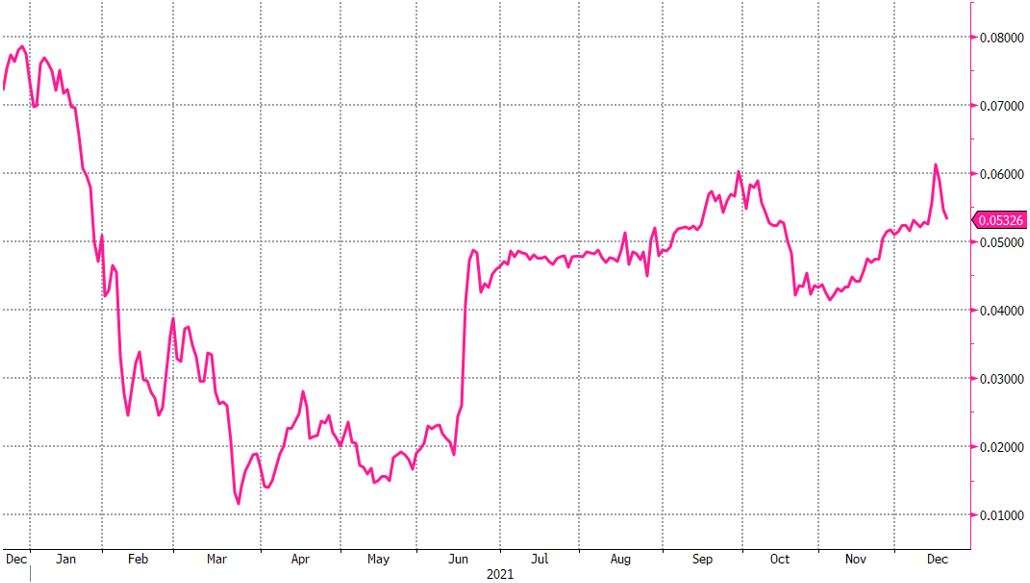