Rate Rise Not Over Yet

Last Week: Interest rates treaded water and equities were lower on the week as markets took a pause from recent volatile moves amid new assessments of the post-pandemic economic recovery. The yield on the US 10-year Treasury note traded lower for most of the week before rebounding on Friday to 1.68%. Short-term interest rates, like 1-month LIBOR and SOFR, did their best to inch higher, but wrapped the week about where they started, near all-time lows. The blockage of the Suez Canal caused oil prices to rise, boosting a barrel of West Texas Intermediate crude above $61 again, as the US Dollar strengthened, and Gold weakened. Treasury yield volatility, a key driver of the cost of rate caps and swaptions, fell to a monthly low amid a calming of markets.

Lackluster economic data imply a limp economic recovery – don’t believe it. Several gauges of the current state of the post-pandemic-low economic recovery left a bit to be desired last week. Specifically, a large pullback in February retail sales left many wondering if the main driver of America’s economic engine – the consumer – chose to keep  money safe in the bank/under the mattress as Congress debated the next round of fiscal stimulus. Secondly, a surprise fall in durable goods orders, the first since April 2020, sparked worries that recent gauges showing a spike in factory activity was just an anomaly. On the positive front, America’s economy grew more quickly in the final quarter of 2020, revised government data showed, expanding at a 4.3% annual rate, up from an earlier 4.1% estimate.

Our take: At face value, the decline in retail sales is misleading. While last week’s data for February showed a slump in activity in February, upward revisions to January’s retail sales tally essentially offset February’s slump, placing the total level of retail sales firmly positive year to date, jumping a 19.8% annualized rate in Q1 (vs. 0.9% in 4Q 2020). Further, the latest batch of stimulus checks, distributed last week, will fuel consumer spending to an even larger degree.

Regarding the disappointing durable goods data for February, after a pattern of strong gains and solid prospects in factory activity in December and January, more sectors of the economy are set to reopen in the months ahead. This reopening wave, combined with the $1,400 fiscal stimulus checks finally in the hands of consumers, will most likely create a new problem for America’s factories: keeping up with stronger demand, not a lack of it.

Have long-term rates peaked for now? Don’t count on it. After a sharp move higher over the past two months, US Treasury yields appear to be taking a bit of a breather. While the pause is certainly welcome, it won’t last. Following the disbursement of the majority of stimulus checks last week, high frequency recovery trackers – like restaurant reservations and individual movement data extracted from mobile phones – which had already been trending up strongly before the fiscal package was passed, will surge through late March and early April.

This surge in consumer activity will eventually reflect in multiple exceptionally positive economic data points from mid-April onward to confirm a strong uptick in overall economic activity, and by mid-2021, we expect America’s GDP gap to the pre-pandemic trend will likely be erased.  Along the path toward economic normalcy, long-term rates will be pressured even higher, as investors seek risk outside of fixed income investments. As long-term rates rise further, expect the 10-year Treasury yield to rise to the neighborhood of 1.8% mid-year, and to peak somewhere near 1.95% by year’s end.

Cautionary tale from China as stimulus dialed back. Could it be a preview of things to come? Perhaps. China’s CSI 300 Index has fallen more than 13% from its February highs, fueled in part by warnings from regulators of asset bubbles and the reining in of pandemic-fueled credit growth. If Chinese policymakers are to be believed, it will likely be a considerable period before most developed economies begin to dial back stimulus, but China’s recent experience could be an omen that markets will face difficulties adjusting to life without a steady stream of stimulus. Just a thought.

What to Watch This Week: Relaxed social distancing measures, increasingly broad vaccinations and the latest round of fiscal stimulus have all served up a triple whammy of sorts – in a good way – steadily pushing the economy toward normalcy. Consumers are responding enthusiastically to the reopening by tapping into newfound wealth stemming from rising home prices and financial portfolios, as well as a substantial accumulation of pandemic-era savings. Even though the tapestry of economic data for February was mixed, with many series retracing following a stimulus-driven surge in January, the recovery euphoria should show up strongly in economic data in the coming weeks.

For now, this week’s March jobs report (Friday) will mark a tipping point, whereby the economy clearly shifts into a much faster pace of growth – one not witnessed in decades. We expect that 650k in new jobs were created last month – double that seen in January – and for the unemployment rate to notch lower to 6%. Elsewhere, we expect that March consumer confidence (Tuesday) will play a distant second fiddle to the jobs report, but nonetheless contain important clues on the degree to which consumers are positioned to spend. Other data on manufacturing, construction spending (both Thursday) will post respectable gains and further solidify the recovery story.

The Fed has established a “growth now, jobs later” theme to its outlook, expecting much faster growth this year – mostly in response to massive fiscal stimulus now being unleashed. This will in turn drive unemployment lower eventually, but with only minimal impact on the inflation outlook. That’s a recipe for higher long-term rates if we’ve ever heard one.

Big Picture: Given that the monthly jobs report is the most impactful piece of economic data on interest rates and that it often sets the tone for much of the data released for the corresponding month, if you’re in the interest rate business, it’s always a good idea to have a sense of how America’s job creation engine will perform over the next several quarters. We expect the labor outlook to show a sharp acceleration in the near term, led by those sectors of the economy most harmed by the pandemic, but further supported by robust demand across much of the economy. As employment continues to expand, upward pressure on rates will intensify.

Further out on the calendar, there’s growing odds of another massive fiscal stimulus package – of the infrastructure flavor this time – that could tally as much as $3 trillion. Interest rate markets are just starting to debate whether the tax increases expected to be included in the package would offset the stimulative benefits to the economy, and how that calculation might play out in interest rates.

Is your business prepared for a world of higher interest rates? Let us help you get there. 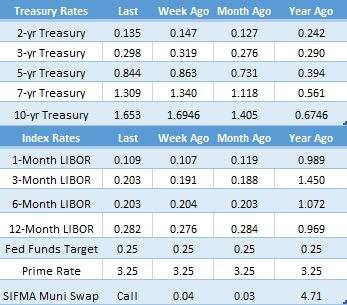 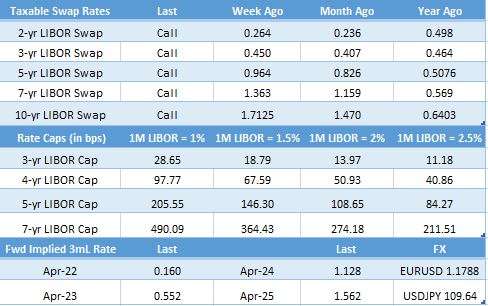 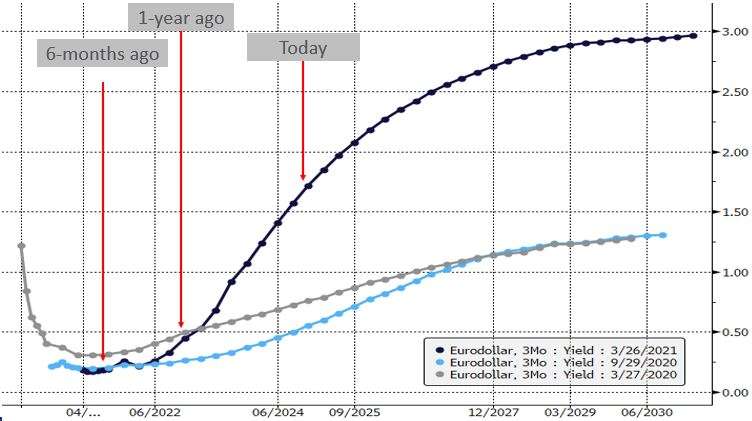 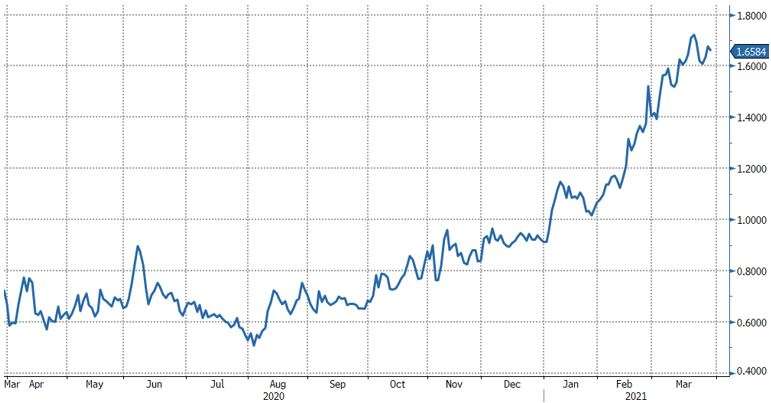