Last Week: Long term interest rates rose, and global equities traded mostly flat for the week amid investor positioning ahead of the US Presidential election. The yield on the benchmark US 10-year Treasury note stretched to a four-month high of 0.85%, up from 0.75% a week ago, as 1-month LIBOR eked out a small rise to 0.156%. The spread between 2- year and 10-year Treasury yields topped 70 basis points Thursday, the widest since early 2018. The price of a barrel of West Texas Intermediate crude oil dropped slightly to $40.44, as the US Dollar and Gold weakened. Treasury yield volatility, a key driver of the cost of rate caps and swaptions, fell consistently throughout the week.

Higher yields drowned out the Biden-Trump show. In what many are calling the most important election ever, the political drama lost its sway over stock market investors last week. Instead, investors expressed their views of the election outcome and the increased odds of more fiscal stimulus in the bond markets, spiking 10-year Treasury yields to their highest levels since June. The 30-year Treasury yield rose as much as six basis points to 1.65%, taking the spread over its 5-year counterpart to the highest since 2016. A widely cited driver for the increase in yields is the belief that no matter who wins the election, another massive round of fiscal stimulus will arrive regardless; it is just a matter of time.

In what is widely dubbed the “reflation trade”, the upward trajectory in yields helped fuel industries whose fate is pegged to a swift economic recovery from the pandemic. As an example, banks, their shares stuck in tight ranges for months, followed yields higher, leaving them poised for the best month in four years as higher yields create an environment for higher profits. Conversely, homebuilders, which have soared recently amid low mortgage costs, reversed course, and tumbled. Elsewhere, in a reversal from a weeks-long trend, economically sensitive shares of energy producers and smaller companies took over the leadership from recession-proof stocks like technology.

Our take: While encouraging from the standpoint of economic recovery, the 10-year Treasury yield backed off its 200-day moving average, telling us it’s simply too early to expect higher long-term Treasury yields to stick around. A similar spike faltered in the same fashion four months ago, and last week’s move higher is already eroding somewhat today.

So will the next move for Treasury yields be up or down? The answer depends on how quickly a fiscal stimulus package is enacted and how big it is. The argument for a move higher? Massive fiscal stimulus around the corner, which will boost markets and the economy, leading to a higher probability of inflation and massive sales of new bonds from the US Treasury to pay for it all. The argument for rangebound Treasury yields? A delay in fiscal stimulus, or a package that is much smaller than the $1.8 trillion being proposed. If we don’t get stimulus,  it safe to assume that the pandemic will worsen, the economy will suffer, stocks will struggle to rise markedly and Treasury yields will post fresh lows.

Even if a new trend of higher long-term yields were to emerge, there is one immovable factor that will ultimately blunt any prolonged rise: The Fed. No matter how much debt the Treasury has to sell to finance the government’s ballooning pandemic-fighting budget deficits – adding momentum to higher rates in the process – the Fed will make sure they don’t rise so high as to squelch an economic rebound. In fact, the Fed’s moves of late are now widely understood as a stealth form of curve sculpting. As such, we doubt we will see the 10-year anywhere near 1% until a vaccine shows up.

Fed’s Beige Book revealed uneven US recovery. In one of the more notable economic data releases last week, the Fed’s Beige Book is a qualitative review of the state of America’s economy and is considered one of the most valuable tools at the Fed’s disposal for making key decisions about interest rates. Published eight times per year, last week’s read painted an optimistic picture, but one where uncertainty for America’s future economic fortunes is high. The data showed that certain sectors of the economy – housing in particular – are experiencing steady demand. Other sectors, including commercial real estate, have deteriorated. Elsewhere, the health of goods versus services businesses was split; with demand for cars steady while eating out was in jeopardy as cooler weather approaches. Most importantly, the report confirmed the latest labor market data showing a massive outflow of job seekers from the market, confirming suspicions of increasing shadow unemployment, where many long-term unemployed extinguish their ability to collect unemployment benefits and simply stop looking for job opportunities, whether out of discouragement or virus concerns. The dynamic doesn’t bode well for a positive showing in next week’s always-important jobs report for October.

Second wave of COVID-19 gained strength. The number of coronavirus cases around the world has surpassed 40 million, according to Johns Hopkins University, as parts of Europe and the United States struggle to deal with an alarming surge in cases. In Europe, the second wave began in August, following the relaxation of national lockdowns implemented in the spring. European governments have scrambled to contain the surge in cases by reintroducing a raft of restrictive measures on public life and the hospitality sector, including the closure or limited opening of pubs, bars and restaurants, restricting social gatherings and even resorting to curfews. Stateside, daily new cases continued to rise in almost all of the states as debate rages over the effectiveness of public safety measures touted by the country’s top health experts. Shockingly, one top UK scientist believes the coronavirus is likely to become as endemic as the flu and a vaccine might not be able to stop it.

What to Watch This Week: While the week ahead is full of important events and data releases, the real action is the following week, where a barrage of major events lie in wait, specifically Election Day, a Fed monetary policy meeting and the October jobs report. As such, this week’s activities have little chance of changing the interest rate landscape.

Nonetheless, here is what you should focus on this week:

1) Thursday’s Q3 GDP report, which will show a roaring rebound in consumer spending activity over the dismal Q2. While inspiring, the good news is old and already baked into current interest rate levels. More important is the intra-quarter trajectory of growth in consumer spending, which is showing that most of the Q3 strength was concentrated in the beginning of the period, implying that a significant slowdown in Q4 lies ahead. Given that ~70% of America’s economic activity is driven by the consumer, it does not bode well for how we’ll wrap up 2020.

2) Friday’s University of Michigan survey, which will take the pulse of consumer sentiment right ahead of the election and is expected to show a weakening result, reflecting ongoing concerns about the slowing job market recovery, elevated Covid-19 intensity and lack of fiscal relief.

3) Tuesday’s durable goods for September will show little change from last month, after a strong showing in early Q3. Specifically, orders and shipments point to a solid bounce in equipment spending in the summer quarter. Lean inventories will promote stable factory-output even as the broader economic momentum slows. All told, business investment will likely fall short of its pre-pandemic level until COVID-19 is fully in the rear-view mirror.

Big Picture: The economic cards are stacking up in a way that tells us that the importance of fiscal stimulus will be front and center for our economic fortunes going forward as the pandemic intensifies and a long northern hemisphere winter awaits.

The billion-dollar question: Of the fiscal stimulus efforts already expended by the likes of Japan, Europe, and the US, have these governments gotten a good bang for their billions? The early evidence says yes, especially in Europe and the U.K., where stimulus was timely and well targeted. Less so in the US though, where it was uncertain how long support would last and the distribution of some funds was held up. In Japan, there were snags in the rollout and the unending nature of stimulus there made this last COVID-inspired round less effective. What will the trillions added to the fiscal deficit and the Fed’s balance sheet mean for interest rates in the long term? Many would say that they will slowly drift higher over the coming years, others suggest the contrary due to the Amazon-ification of many parts of the economy. One things for sure: there will be tremendous uncertainty and volatility in longer term rates along the way.

Is your business prepared? 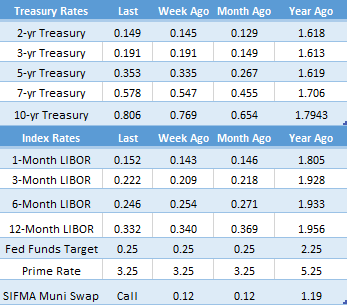 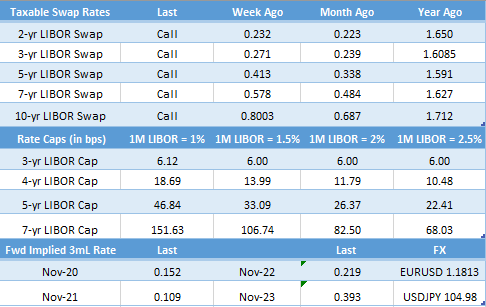 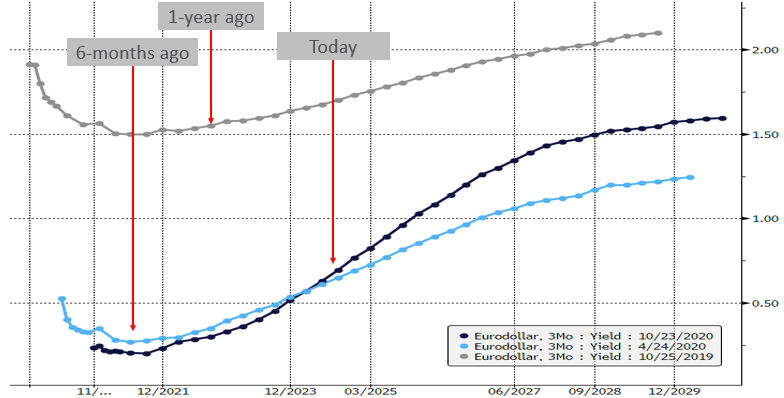 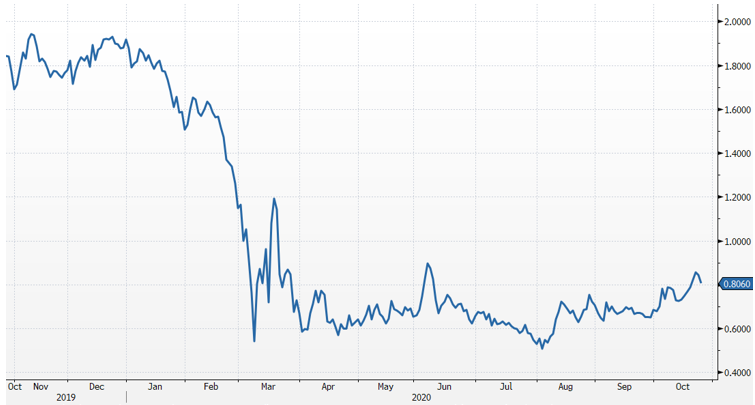