Last Week: Long term interest rates drifted higher and equities reached record levels as coronavirus vaccinations continued to roll out in several developed economies, including the US, with the promise of more doses before the end of the year. The yield on the US 10-year Treasury note rose 0.05% to 0.94% from a week ago while 1-month LIBOR edged lower by one basis point to 0.14%. The price of a barrel of West Texas Intermediate crude oil advanced nearly $2 to $48.60, while the US Dollar weakened, and Gold strengthened. Treasury yield volatility, a key driver of the cost of rate caps and swaptions, drifted lower throughout the week.

Curious on where rates are headed through all of 2021 and why? Check out our annual Interest Rate Outlook, set for release in early January.

Markets focused on light at the end of the Covid tunnel. Equity and debt markets largely ignored news of falling US retail sales, weaker regional Fed surveys and rising jobless claims, and looked beyond the surge in COVID-19 infections and tightening restrictions, to focus on a world of normalcy in the second half of next year. Breaking news from Capitol Hill -$900 billion coronavirus relief bill has been agreed upon after months of delay. Also raising hopes is the accelerating rollout of vaccines to guard against the illness. The package includes $330 billion in additional aid to small businesses, $300 a week in enhanced unemployment benefits to those put out of work and $600 stimulus checks to individuals whose income is below $75,000.  A surprise benefit is the return of the “three martini lunch” tax deduction.

Our take: Things will likely get worse before they get better. With hiring set to decelerate and personal incomes challenged in the weeks ahead, the economy could tip into contraction before any solid vaccine-driven lift is seen in Q2 of next year. The Fed is employing a broad arsenal of tools to try and bridge the gap, and it’s Congress’s job to smooth the corners and pave over the potholes to get us there. The latest bipartisan relief package will help to gird against a looming income shock in the first quarter – if it passes. At $900 billion, it represents the bare minimum required to usher a respectable level of year-over-year economic growth for 2021, and risks proving insufficient. In the absence of an aid package, the income shock from expiring unemployment benefits alone could be worth over $20 billion per month, or 1.3% of overall personal income. Not a good scenario when consumer spending is responsible for 70% of US economic activity.

Fed’s 2020 finale turned out to be a dud. In their last meeting of the year, Fed Chair Powell & Co. staged a snooze-fest with the real action happening elsewhere – like bitcoin topping $20,000 for the first time and the US government naming Vietnam and Switzerland currency manipulators. The Fed did not change the make-up of its stimulus measures as markets had hoped, choosing to let its current methodology ride until employment and inflation make “substantial” progress. The Fed is currently buying $120 billion of Treasuries and mortgage-backed securities per month, and it raised its growth and inflation forecasts for the next two years.

Our take: The absence of any hints from the Fed that stimulus could become more aggressive in the near term dampen expectations for greater accommodation in Q1 2021. For now, America’s economy is slowing, with retail sales posting its first back-to-back decline since April and many other gauges of economic prosperity teetering. As stated before, it’s up to Congress now to help bridge the gap toward vaccine-fueled prosperity, although news of the first vaccine hiccup – an allergic reaction to Pfizer’s shot – got broad attention in the markets.

Corporate defaults double but spreads remain tight. Nikkei news reported that 223 companies globally have defaulted on their corporate bonds in 2020, double the number from a year earlier. However, 2020 levels remain below those of 2009 in the depths of the global financial crisis. US defaults are up 80%, according to S&P Global, while those in Europe have risen 280%. Emerging markets have shown greater stability, with defaults up only 30%. Despite the surge in defaults, corporate spreads remain historically tight amid a search for yield and a flood of global liquidity.

What to Watch: The event calendar is non-existent and the data docket in the holiday-shortened week is compressed into two days – Tuesday and Wednesday. Markets will be most focused on how bad conditions will deteriorate in the near term, but also cast an eye toward a brightening light at the end of the tunnel.

While housing data (Mon) will continue to reflect robust demand, limited supply and hence soaring prices, the remaining data will strike a much more sobering note, particularly unemployment claims and personal income and spending. Jobless claims (Weds), which posted surprise highs over the last two weeks, will likely continue surging again this week due to widespread and intensifying lockdowns. If this comes to pass, it will solidify our expectation that the December jobs report – historically the most impactful set of economic data on interest rates and set for release in early January – will slip back into negative territory. All told, it is a recipe for short-term interest rates to remain at ultra-low levels, and for long-term rates, like the 10-year Treasury yield, to remain around the orbit of 1.00% well into 2021.

While jobless claims and personal income and spending data will assume the most market relevance this week, data on consumer confidence (Tues) and durable goods (Weds) will provide a glimpse a little further into the future. Factory activity has weakened of late, but industrial surveys have begun to reflect a firmer positive outlook over the medium term. Similarly, consumer attitudes will reveal an important dynamic between the present surge in COVID case counts and mortality versus optimism over vaccine news and a return toward a more normal environment in 2021.

Big Picture: The Fed will eventually reach a point where it is appropriate to wean the market and the economy off crisis support. When it does – which likely will not begin for many months in the future – it will have to work hard to ensure that the “taper tantrum” of 2013 is not repeated.

Don’t remember the “taper tantrum”? Here is the skinny: it was the collective reactionary panic in 2013 that triggered a spike in US Treasury yields, after investors learned that the Fed was slowly putting the brakes on its post-Great Financial Crisis quantitative easing program. The main worry behind the taper tantrum stemmed from fears that financial markets would crumble, as the result of the cessation of quantitative easing. At the end of the day, the taper tantrum panic proved to be an overreaction, as financial markets continued to recover after the tapering program began.

This time around, the Fed is unlikely to signal any tapering of quantitative easing until the pandemic no longer poses considerable risks to the outlook for economic activity, employment, and inflation – a view that was formalized in the Fed’s post-policy meeting statement last week. 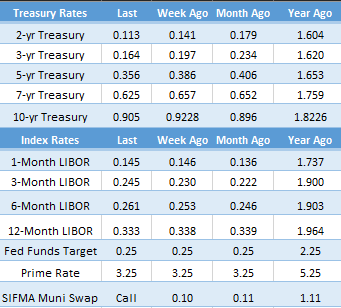 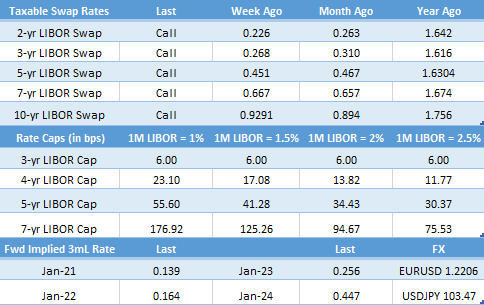 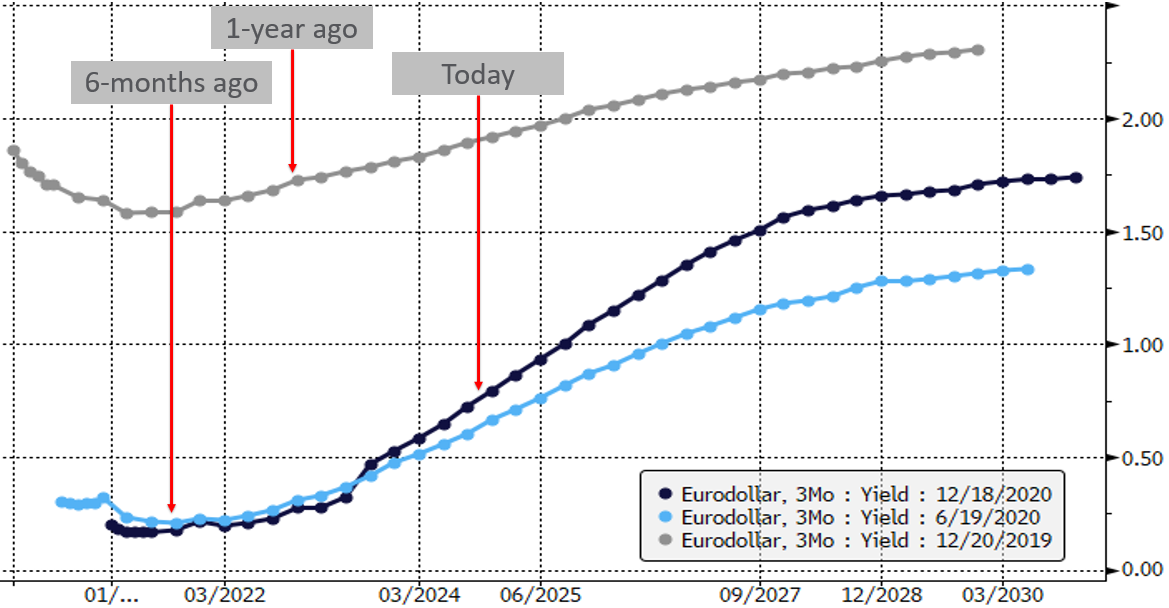 Georgia on my Mind
Scroll to top