Last Week: Interest rates were mixed, and equities rose on the week as crowded positioning, diminishing geopolitical and recession fears, and stronger core inflation data helped send US Treasury yields sharply higher. In a rush to the exits from the safety of Treasuries, the 10-year Treasury yield rose 33 basis points, wrapping the week just below 1.90%, up from a three-year low of 1.43% at the start of the month. In line with expectations of a looming Fed rate cut, 1-month LIBOR moved in the opposite direction, falling 3 basis points from 2.05% to 2.02%. The price of oil fell $0.40 to $55.10, as the US Dollar and Gold weakened. Treasury yield volatility jumped to 5.88 from 4.88 this time last week.

Hopes for a US-China trade “micro-deal” pulled markets back from the ledge. There’s mounting speculation that the US and China will reach an interim trade deal that leaves thornier issues unresolved until a later date, as each side took steps this week to ease tensions ahead of ministerial talks in the coming weeks. Cementing expectations was China’s move to suspended tariffs for a year on certain US imports, including agricultural products such as soybeans, pork and cancer drugs. In reciprocation, the US postponed a tariff hike scheduled for October 1st until mid-October to avoid clashing with the 70th anniversary of the founding of the People’s Republic of China. The media is speculating that a limited, interim trade agreement – with the US freezing or rolling back certain tariffs and China resuming agricultural and energy purchases – will occur in the coming weeks but that major points of disagreement over issues such as Chinese government subsidies for state owned enterprises and technologies transfers will be left unresolved. As we’ve been saying for months now, we doubt we’ll ever see a comprehensive US-China trade deal and expect President Trump to put tariffs firmly on the back burner as the November 2020 election approaches, especially as consumers begin to realize the inflationary fallout in the form of higher prices. Trump will likely go to great lengths to protect his economic approval rating and backing off the trade demands are an easy way to do it.

On the flip side, core inflation rose 0.3% in August after a similar gain in July, topping expectations (0.2%) for a third month in a row. The advance was broad-based, with most major categories like shelter, medical care, airline fares, apparel, and personal care all contributing. Inflation’s creep higher may be reflecting the ratcheting higher of tariffs. So, if inflation is moving slowly higher, why is the Fed poised to cut interest rates when economic textbooks would call for rate hikes?  After years of calling for higher inflation in vain, the Fed’s focus has recently shifted away from inflation metrics, which tend to be lagging indicators, and toward forward-looking metrics of activity, like income creation and hiring. While we expect tariff-driven inflation pressures to build through the end of the year, it won’t move the Fed off its rate-cutting slant. Countering diminishing growth prospects – not inflation – is the Fed’s #1 priority for the foreseeable future. The Fed will look beyond firming core inflation and consumer strength and will deliver a 0.25% rate cut at this Wednesday’s rate-setting meeting.

Europe’s central bank threw in the towel. The European Central Bank (ECB) went all-in in its recent policy change, delivering a package of growth-stimulating measures that pushes its deposit rates deeper into negative territory, to -0.50%; sweetening the terms of cheap loans to the banking sector; resuming asset purchases at a pace of €20 billion per month indefinitely (that’s QE folks); and strengthening its forward guidance to say that rates will stay low until inflation nears the ECB’s target near 2%. The outgoing ECB Chief suggested that the central bank had exhausted its policy tools and appealed to eurozone governments to now take the lead in shoring up Europe’s economy via more proactive fiscal policy. The ECB has now officially joined the bevy of global central banks now officially engaged in overt easing, specifically: the UK, Japan, Australia, New Zealand, Brazil, Russia, India, China, Hong Kong, Korea, Indonesia, South Africa, Turkey, Mexico, the Philippines and Thailand.

What to Watch This Week: All eyes are focused on Wednesday’s Fed meeting, with the release of the statement and Summary of Economic Projections at 2:00 PM ET, followed by Chair Powell’s press conference at 2:30 PM. While a 0.25% rate cut is a virtual certainty, we’ll be looking for any signaling of future policy action rather than details of the rate cut itself. Given the big moves higher in yields last week, the big question now is whether investors will turn around and run right back into safe havens – driving yields lower again – if the Fed surprises markets or trade talks between the U.S. and China hit a snag.

At one point last month, markets were signaling a strong probability the Fed would cut by 75 basis points by the end of 2019. Boy have things changed; markets have pared back how much Fed easing they expect and are now pricing in just a 40% chance of another 0.25% cut at the Fed’s next meeting in October, and a mere 17% chance of another 0.25% cut in December. What’s driving the Fed’s rate decisions? The spending resilience of the almighty American consumer and the state of the US-China trade war, plain and simple. While America’s  economy continues to display impressive resilience to slowing global growth and continuing trade tensions, it is certainly not immune. It’s balancing the risks abroad with the solid stance of the US economy that will drive its decisions through the rest of the year.

On the data front, which will take a back seat to the Fed meeting, regional surveys of manufacturing activity out of New York (Monday) and Philadelphia (Thursday) will provide early glimpses into factory activity following the September 1st increase in tariffs. We expect manufacturing to remain sluggish as businesses manage an even longer period of trade tensions and overall uncertainty.

Take-Away: With a significant breakthrough in the U.S.-China trade war unlikely, more tariffs on tap for in October and December, and a slump in business sentiment that has squashed capex and dented hiring momentum, the Fed will need to cut even more to offset the worsening economic headwinds to come. As such, we expect the Fed to continue trimming rates in steady 0.25% increments, cutting again in October and quite possibly again in December.

Even though a “micro” trade deal is likely, it, nor a delay in tariff increases, won’t spare the U.S. economy from a slowdown, as neither eliminates the overarching uncertainty that’s forcing businesses to hesitate from engaging in new expansions or making significantly more hires. However, even with a looming slowdown, recession fears are overblown. Consumer spending and the retail spending trend will remain solid, and core inflation should keep firming, limiting the Fed’s appetite to go all-in on stimulus. 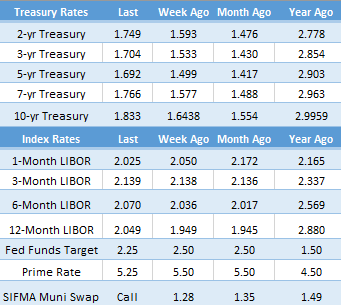 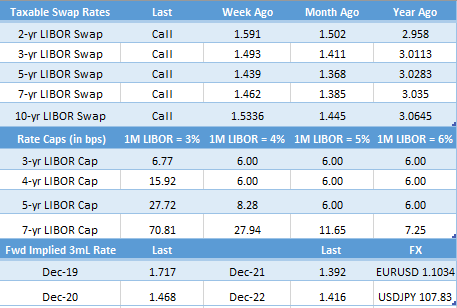 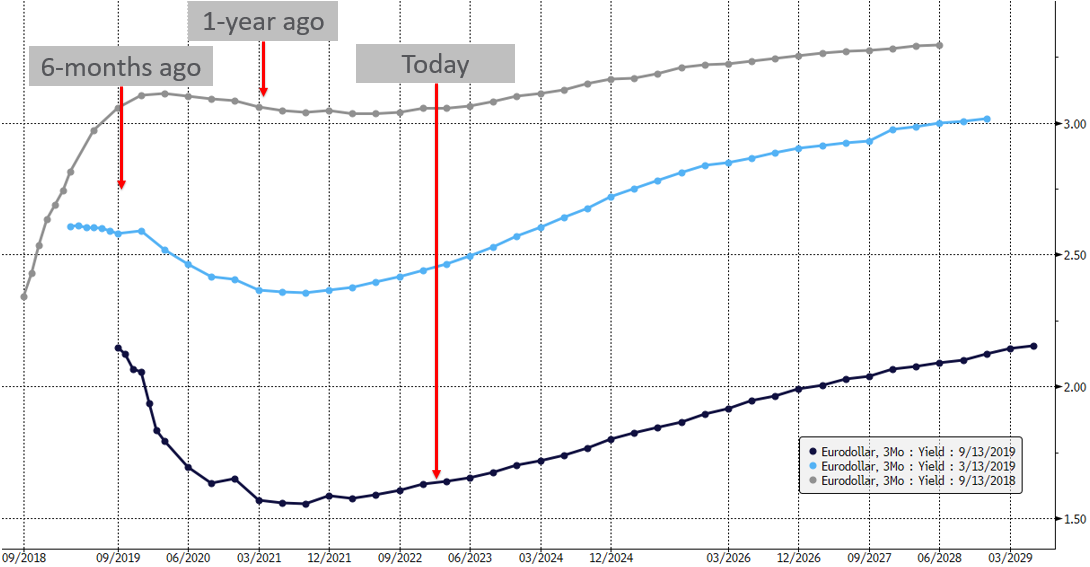