What You Missed: Long-term interest rates retraced some of their recent increase and equities fell, as news of surging input costs, mounting profit warnings and continued supply bottlenecks smothered any appetite for risk. The US 10-year Treasury note yield reached 1.56% early in the week before easing to 1.46% on Friday. Short-term interest rates, like LIBOR, SOFR and BSBY continued to tread water near record lows. Treasury yield volatility, a key component of the cost of rate caps and swaptions, fell steadily throughout the week. Elsewhere, the price of a barrel of West Texas Intermediate crude rose to $74.50 from $73.85, as the US Dollar and Gold both strengthened.

What’s driving the rate move?  Even though long-term interest rates eased off their recent run of highs not seen since June, many in the markets are scratching their heads as to what sparked the rapid moves. In short, fixed income markets are now pricing in:

1) less stimulus support from the Fed going forward, as the market consensus is the Fed will likely taper by year’s end;

2) the risk of even higher inflation, sparked by an economy that’s slowly improving amid fewer Covid-19 cases, growing vaccine mandates, and more workers entering the job market at higher salaries,

3) a growing sense that other central banks around the world are underestimating the risk of inflation as supply bottlenecks worsen and a broadening energy crunch in China and Europe begins to push prices for goods and services higher, and

4) the solidifying stalemate over President Biden’s economic agenda – more on that later.

Given that none of the above drivers is seen as evaporating anytime soon, long-term yields should hang on to most of their recent gains, and slowly expand upon them through the end of 2021 as global investors’ appetite for risk scales back amid a new supply/demand dynamic and continued, albeit uneven, economic growth. As such, we’re expecting the 10-year Treasury yield to finish the year somewhere between 1.70% and 2% and linger thereabout until the Fed stages it first post-pandemic rate hike in late 2022/early 2023.

Short-term rates, like LIBOR, SOFR and BSBY will remain near record lows, and they’ll only begin to rise when expectations of the timing of a Fed hike solidify mid-to-late next year. Taken together, when short-term rates remain anchored near zero and long-term rates rise, what have you got? A steeper yield curve.

US government shutdown averted but debt ceiling unresolved. Congress has several balls in the air at the moment, and three of them saw some important developments over the course of the week: government funding, the broad reconciliation bill, and the infrastructure bill. On the first, Congress passed a stopgap funding measure on Thursday to fund government operations through early December but has thus far failed to raise the debt ceiling. Given that a proposed additional $4.6 trillion in government spending is being debated on Capitol Hill as we type, Republican lawmakers have put the onus on Democrats to raise or suspend the debt limit, which they can do without Republican support through the budget reconciliation process. President Biden’s spending plans remain bogged down, with progressive and moderate Democratic legislators unable to reach agreement on the contours of his “social infrastructure” spending bill, though the likelihood of a package approaching the proposed $3.5 trillion figure is dwindling, with numbers in the $1.5 to $2.1 trillion range being floated.

Mixed bag of economic data signals left markets with one renewed fear: inflation. Spending by consumers lost more momentum than expected in Q3, according to August spending figures. While total consumer spending rose 0.8%, slightly higher than the expected 0.7%, the devil was in the details. Spending on durable goods fell (could this be attributed to shortages?), while spending on services posted the softest gain in inflation-adjusted terms since February. Wages increased by a paltry 0.2% – the softest since February – tempering hopes that inflation pressures would be offset somewhat by higher incomes. Despite the gloom, most expect that consumer spending will strengthen anew into Q4, as the delta wave of infections seems to have peaked, but a rocky road lies ahead. Supply bottlenecks that are showing signs of intensifying (see below) ahead of the holiday shopping season.

Elsewhere, the September ISM manufacturing survey showed supply bottlenecks intensified last month (61.1 in September vs. prior 59.9). Parts and labor shortages are shackling production, leading to higher prices for inputs and restraining real economic growth. The lingering supply-demand imbalance will promote higher prices for factories and, ultimately, risk more pass-throughs of higher costs to consumers. The pervasive commentary from business owners about labor shortages, and a lack of realistic solutions to resolve them, provides little optimism to factory managers desperate to fill open positions. All told, it’s a mix that implies one thing: higher prices, a.k.a. inflation.

What to Watch This Week: With all signals pointing to the labor shortage being the major driver behind higher prices for businesses and consumers and therefore, slower economic growth, this week’s September jobs report (Friday) will be front and center.

The Fed will be combing the jobs report as well. In its last policy statement  in September, Fed Chair Powell & Co. implied that they’re all but certain to announce a taper plan in November, assuming progress toward price stability and full employment mandates are being met.  The one measure of progress needed to give the Fed a green light to taper that’s falling short? “Substantial progress” in the jobs market. Since this Friday’s jobs report will be the last set of labor data that the Fed will get before its November meeting, it will be the decisive datapoint to seal the taper deal. That being said, the bar for derailing the “announce in November, taper in December” schedule is high. The jobs report would need to be a massive disappointment – showing that less than 300k new jobs were created – for the Fed to feel the jobs market improvement is falling short of its “substantial progress” requirement.

We suspect that America’s jobs engine created more than 750k in new jobs last month, and that the unemployment rate  will improve from5.2% in August to 5.1%.

BORROWER AND LENDER ALERT: LIBOR-indexed rate caps and swaps are an endangered species – are you ready? Our discussions and debates have increased dramatically with commercial banks, life insurance companies, bridge lenders and rate cap banks, and it is becoming clear that, 1) LIBOR-indexed rate caps won’t be available for purchase for much longer, nor will LIBOR-indexed interest rate swaps. Instead, interest rate swaps and rate caps will shift to SOFR, or some other LIBOR replacement candidates, “Credit Rate Sensitive” index like BSBY or AMERIBOR. When they do, the lenders, especially bridge lenders, will follow. In fact, many commercial banks have already made the shift away from LIBOR, choosing to book all new loans using a floating index other than LIBOR.

If you’re a floating rate borrower or lender that has ignored the impending death of LIBOR, the Federal Reserve’s recommendation (READ: insistence) that bank’s not enter into any new LIBOR contracts after December 31, 2021 should wake you up to the issue quickly. While the deadlines and nuances of LIBOR’s transition to a new index may change, it’s time to get up to speed on how the event will impact: 1) new and existing loans and 2) new and existing rate caps and swaps.

While we’ve published many write-ups addressing the issue and how it could impact borrowers negatively (like HERE, HERE, HERE), call us for a discussion on how LIBOR’s transition impacts your specific situation and what actions you should be taking now. Trust us when we tell you: if you’ve put off understanding how LIBOR’s transition will impact your interest expense, time is no longer on your side. 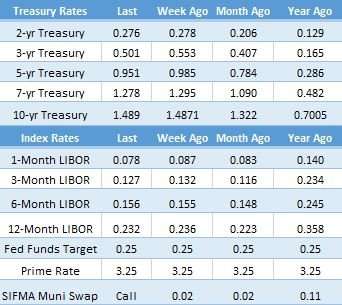 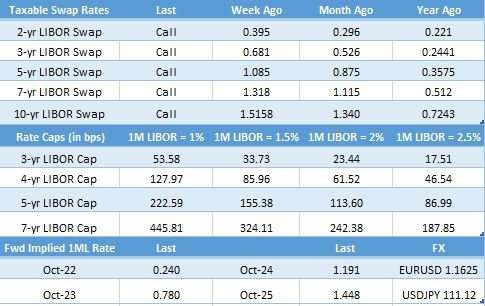 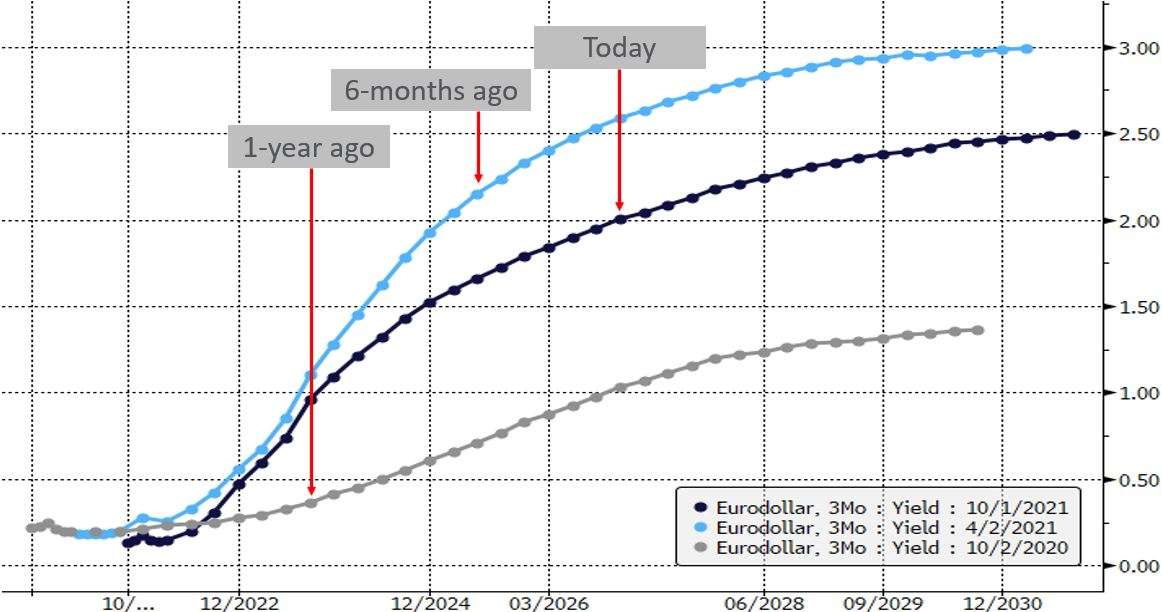 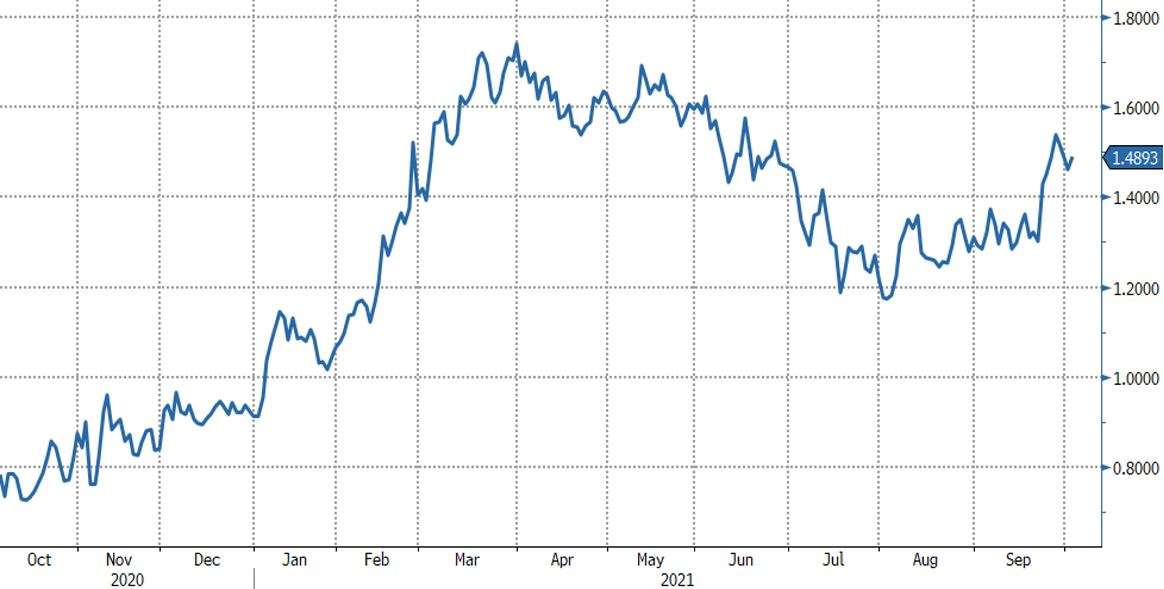 Congress Chooses To Die Another Day
Scroll to top