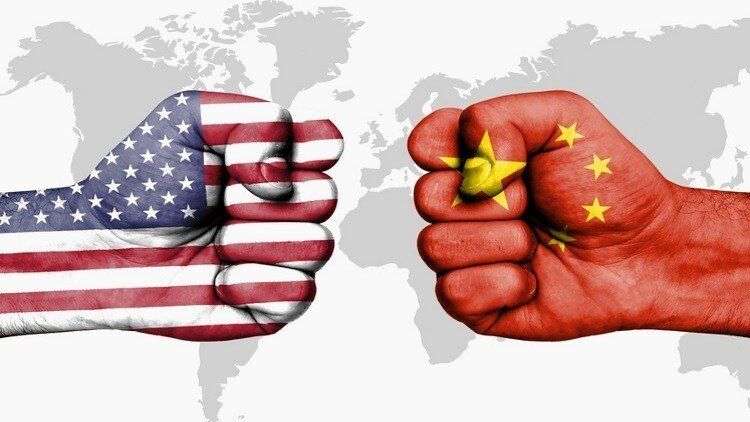 Last Week: Interest rates and equities fell amid a setback in US-China trade talks. The US 10-year Treasury note yield fell to 2.44% from 2.53%, as 1-month LIBOR staged a rare retreat to 2.44% from 2.46% a week ago. Oil remained flat at around $62 a barrel, as the US Dollar weakened and Gold rose. Treasury yield volatility also rose to 4.35 from 3.99 this time last week.

US, China trying to salvage trade talks. China reportedly backed away at the 11th hour from multiple concessions it made earlier in negotiations toward a comprehensive trade agreement. Chief among the issues is the Chinese government’s unwillingness to write into law many of the commitments it made during the months-long negotiations. The sharp reversal in China’s negotiating posture prompted the Trump administration to increase tariffs from 10% to 25% on $200 billion of imported Chinese goods while threatening to impose a 25% tariff on an additional $325 billion in Chinese imports in short order. In response, China retaliated with higher tariffs on a variety of American goods from some of our biggest exporters. Hopes for any near-term agreement have diminished greatly, but we still believe that a deal will ultimately be reached. The new tariffs and recent soft US inflation data have squashed any prospect of higher Treasury yields in the near term. Wonder what it all means for interest rates over the long term? Read the “Take-Away” section below.

Fed: Asset prices elevated, corporate debt levels high. Chair Powell & Co. issued their second financial stability report, which highlighted concerns over high levels of nonfinancial corporate debt, particularly with regards to the leveraged loan market. The Fed is concerned that a shock to the economy from slowing global growth, trade tensions or a disruptive Brexit could expose vulnerabilities in the US financial system. Regardless, the Fed highlighted its belief that the financial sector appears resilient, with leverage low and funding risk limited. It believes that asset valuations remain high relative to their historical ranges (e.g. equities, real estate) and risk appetite remains elevated. While Treasury yields have remained above their 2019 lows of late, remember that bond markets typically lag equities on the downside, and they can catch up (yields can rise) quickly.

More signs of slowing in China. Total social financing, the broadest measure of credit and liquidity in the Chinese economy, grew much slower than expected in April, at half of March’s pace. The slowdown will prompt China’s central bank to ease monetary policy even further to support economic growth, especially if trade tensions with the US sour even further. Why you should care: the more China spends on its domestic economy, the less it needs to buy/hold US Treasury bonds, adding upward momentum to US Treasury yields.

European Commission slashed German growth forecast. Economic growth in Germany, the economic lynchpin of Europe, is expected to grow just 0.5% in 2019, down from the European Union’s earlier forecast of 1.1% growth this year. Being heavily dependent on exports for its growth – especially to China – the news is evidence of the overall slowing trend on global growth. At the eurozone level, the growth outlook was trimmed to 1.1% this year versus an earlier 1.2% forecast. Italy is expected to grow just 0.1%, making it difficult for the country to remain within European Union deficit limits.

New geopolitical flare-ups are beginning to cloud the global outlook. We’re keeping our eye on several new, evolving tensions that could have meaningful impacts to rates should they continue to go sideways. First, tensions between the US and Iran intensified this week as the US dispatched an aircraft carrier strike group and a bomber task force to the Middle East amid indications of planned attacks on US interests in the region by Iran or its proxies. Iran will end some of its commitments under the 2015 agreement, which was intended to limit the country’s nuclear program. Iran threatened to rebuild nuclear facilities and resume enriching uranium unless Europe, China and Russia agree to facilitate Iranian oil sales and banking transactions within 60 days. Second, multiple short-range missile tests by the North Korean military have raised concerns that ballistic missile tests could be revived, increasing regional tensions. Strains increased further when the US seized a North Korean ship carrying coal in violation of United Nations sanctions. Any escalation in the above will add downward momentum to rates in the near term.

What to Watch this Week: On the heels of last week’s escalation of US-China trade tensions, markets will spend the week gauging the likelihood of a variety of possible retaliatory measures and how they’ll impact the overall economy. The big fear is that the lingering standoff gradually undermines business confidence in ways that cause delays in investment or hiring decisions, and/or derails consumer’s appetite for purchasing goods and services. Should there be any sharp equity market selloff in the interim however, some negative effects of the trade squabble will be brought home to roost much faster.

Despite the financial media hype, it will probably be a while yet before we see any real economic impact however, as US trade negotiators cleverly bought additional bargaining time by making the new tariffs only in effect for goods that had not yet left China. Thus, aside from goods being brought to the US by air, most products will not be affected by the new tariffs for at least a few more weeks as they make the multi-week ocean journey to U.S. ports.

Outside of eyeing all things US-China, markets will also carefully watch upcoming economic data for signs of trade-related strain. Fed officials will continue their speaking circuit, hammering the Fed’s “patient” message home especially considering current events. All told, we doubt we’ll see a swift resolution to the trade standoff and expect markets to seize on any signs of spillover – in economic data or in financial markets – to drive yields lower.

Take-Away: Now that the US and China are engaged in new, more decisive round of brinkmanship, the follow up question is simple: what happens next? Here are three likely scenarios, that in the end, the likelihood of which are all driven by the looming Presidential election:

1) Near-term trade deal (possible): This most market-friendly outcome – where a trade deal is reached, and all current tariffs are removed within a few weeks – is plausible given President Trump’s eagerness to get a deal done with China well ahead of the 2020 Presidential election campaign. In this scenario the broad trade “war” becomes a narrow trade “skirmish” and is no longer a major headwind to markets or confidence, and rates rise modestly. 2) More brinkmanship (most likely): US-China negotiations continue, bleeding weeks or months into the future, after China retaliates by raising tariffs on US-manufactured autos and soybean imports, among others. With the Fed on hold, any near-term market pain would now be clearly attributable to the trade war, and thus fully attributable to President Trump’s negotiation tactics. With election campaign season quickly approaching, another bout of market weakness will get the US-China deal over the finish line. In the interim, rates remain flat or move slightly lower. 3) Full-blown trade war (least likely): The US and China end up imposing 25% tariffs on nearly all bilaterally traded goods, financial markets sell off and business and consumer sentiment and spending all suffer markedly. The Trump administration is eventually persuaded to back down to some degree, given the Presidential elections coming up next year. Rates fall to a point near 2019 lows as investors seek safety amid a more likely recession, until they eventually recover ahead of the Presidential election and a trade deal is finally reached. 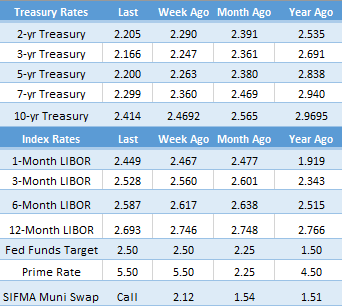 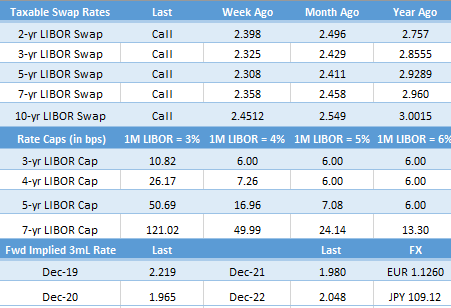 A Future Without LIBOR: Are You Ready?
Scroll to top