Last Week: Interest rates were mixed, and equities hit fresh highs as markets took a brief US government shutdown in stride amid strong purchasing managers’ indices, which signal continued synchronized global economic growth. Yields on US 10-year Treasury notes rose 2 basis points to 2.64%, while 1-month LIBOR rose to 1.5677% from 1.5601% the week prior. Oil traded to its highest level in three years, the US Dollar weakened to a three-year low as Gold strengthened. Treasury market volatility, as measured by the Chicago Board Options Exchange Treasury Volatility Index (TYVIX), nudged slightly higher to 4.40 from 4.27 a week ago.

Q4 GDP disappointed. The US economy grew at a slower-than-expected 2.6% annual pace in the fourth quarter of 2017, below the 2.9% consensus forecast. A rising trade deficit and growing business inventories were the biggest drag on growth, offsetting strength in consumer spending and business investment which staged their strongest performance since 2014. Even though the data dashed expectations for the longest streak of 3% or better quarter-on-quarter growth since 2005, the strength in the consumer and business sectors will keep the Fed on track to hike in March.

US commerce secretary insists US tariffs not start of a trade war. US commerce secretary Wilbur Ross said that a decision to place tariffs on imported solar panels and on washing machines is not the start of a trade war but rather a response to unfair trade competition as other nations skirt global trading rules. The tariffs fall in the middle of the range of potential remedies available to the administration, and were greeted with a sigh of relief by business groups, who feared they would be stiffer.

US Treasury stirred up dollar debate. The dollar extended its decline to three-year lows, after comments from US treasury secretary Stephen Mnuchin welcomed the softer greenback’s impact on foreign trade. Whether Mnuchin’s comments were a misstep or not, the weaker US Dollar comes at a convenient time for both the Trump administration and the Fed. Why? The weaker dollar drives up prices on imported goods. In today’s strengthening economy, importers are more likely to pass the higher costs on to consumers, which helps the Fed meet its inflation target, helping increase the probability of future rate hikes. Don’t think the US Dollar has any impact on what the Fed will do? Think again.

What to Watch This Week: After a quiet week last week, the calendar in the days ahead goes full throttle with many key events on tap. Many of the week’s data releases will feed into the narrative of gauging the degree to which a tightening labor market is generating firmer wage pressures, the missing but necessary ingredient for any material change in the Fed’s gradualist approach to hiking rates.

The key events are the Fed’s FOMC meeting and January’s unemployment report. While it’s fun to broadcast how many jobs we expect were created in January, our focus on the jobs report is shifting away from the change in jobs created or lost and is moving toward the level of the unemployment rate and pace of wage increases. With the unemployment rate flirting with levels matching multi-decade lows, the supply of labor seems poised to tighten further in 2018; if wages have any hope of rising, the time is coming soon.

Outside of data on personal income & spending, consumer confidence, pending & new home sales, Q4 productivity, construction spending, manufacturing activity and Friday’s always-important January jobs report, this week will also include Trump’s State of the Union Address and the final Fed meeting presided over by Chair Janet Yellen. While the meeting will be a non-event, with no change in monetary policy expected, the accompanying meeting statement will solidify market expectations of a March rate hike. As Chair Yellen passes the torch to incoming Chair Jerome Powell, we ponder her legacy: Her willingness to accept that the unemployment rate understated the degree of slack in the jobs market, allowing for a more gradual path of rate hikes, which, in retrospect, was the right call. The positive tone pervading America’s economy will be celebrated as a testament to Chair Yellen’s leadership.

Take-Away: With big market moves and interest rates trading at multi-year highs all in the span of the first month of the year, we’re being barraged with calls from clients seeking clarity on whether rates are finally heading, and staying, higher. While calls for the 10-year Treasury to trade above 3% in the near term are growing, keep in mind that just two short months ago, market pundits weren’t so sure we’d see it above 2.4% in Q1. What’s driving yields higher now? Mostly belief that the economy is performing at nearly full tilt and that inflation is right around the corner. While the Fed won’t hike this time around, many of the brightest minds on Wall Street expect a “more hawkish” leaning from the Fed, via its official meeting statement, because of growing expectations that inflation is on the rise via a slow but steady rise in wages. Adding to the momentum is the start of bigger Treasury note sales this week for the first time since 2009. More Treasuries for sale helps keep drive prices lower and yields higher. This week’s shot of critical economic data and events will no doubt serve to clarify things. Hang on to your hat. 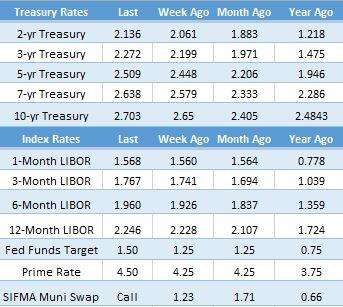 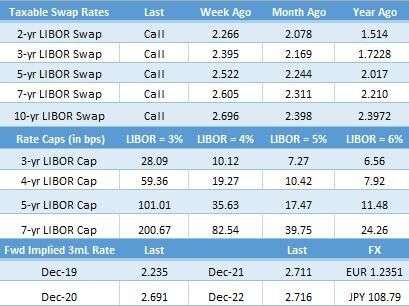 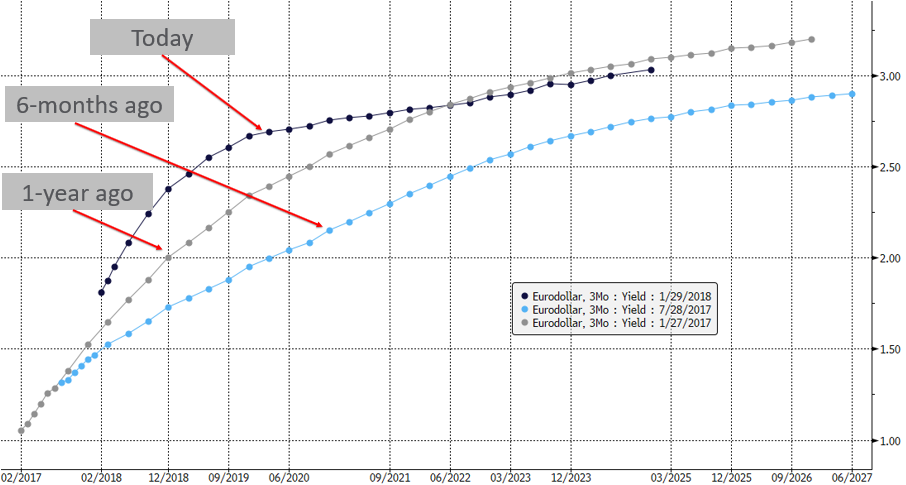 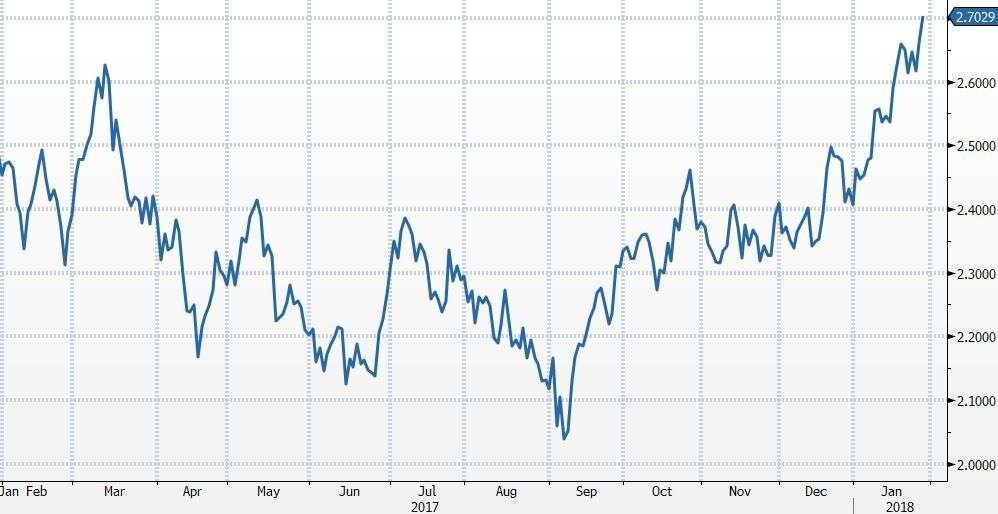 Click here for more DL Reports
Do Larger Deficits + A Smaller Balance Sheet = Higher Rates? Higher Rates Have Arrived. Does it Hurt Yet?
Scroll to top