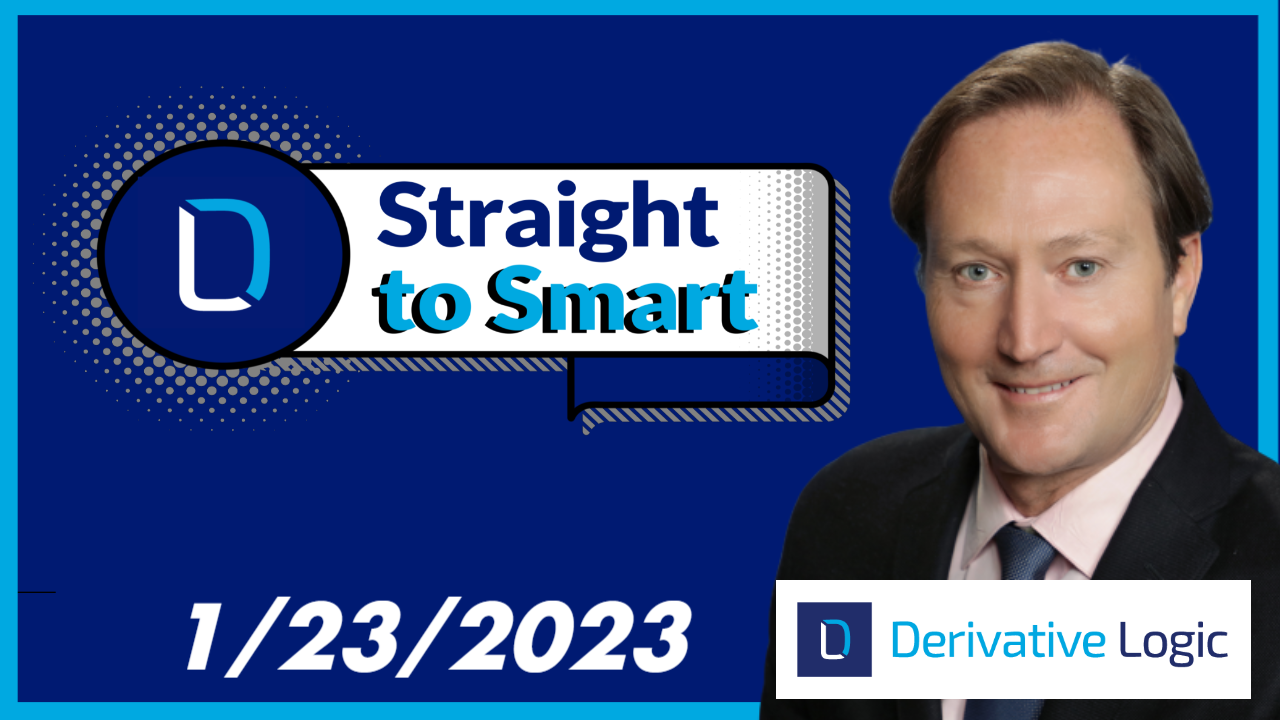 Yields across the maturity spectrum traded flat to slightly lower over the course of a holiday shortened week, recovering from mid-week lows, as more soft economic data helped to solidify the picture of a strong-enough economy amid an improving inflation outlook. The data maintained the “good news is bad news” dynamic the financial markets have been living through the past several weeks: a strong jobs market and falling inflation are indeed good for the economy but encourage the Fed to keep hiking rates, at least through the spring.

For the week, the 2, 5, 10 and 30-year US Treasury yields fell a respective 3, 6, 6 and 1 basis points. Overall, the stagnation in yields, which follows their falling trend over the last few months, reflects the financial market’s belief that short-term rates are indeed going higher in the near term, but the US economy won’t be able to handle higher rates for long.

Elsewhere, global equities retreated from recent highs after the S&P 500 Index failed to overcome strong technical resistance around the 4,000 level, a point on the downtrend line that has been tested multiple times over the past year. The price of a barrel of West Texas Intermediate crude oil added $2.50 to $81.25, as the US Dollar weakened, and Gold strengthened. The US 2-year vs. 10-year Treasury yield spread, a widely watched barometer of the likelihood of a looming recession, backed off of its most inverted level since the early 1980s, to -0.69%.

3-month (CME) Term SOFR, a useful gauge of hedging costs due to its liquidity, continued its steady ascent, rising three basis points in the week to 4.66%. The implied yield on the 3-month SOFR futures contract 1-year forward (March ‘24), a rough estimate on where rates will be a year from now, fell eight basis points from last week, to 4.06%.

The SOFR futures market continues to imply that 3-month SOFR will peak in late spring – along with the Fed Funds rate – near 5.10%, followed by a gradual decline over the next three years as the Fed eventually eases.  Finally, interest rate volatility, a key driver of the cost of rate caps and other option-linked interest rate hedges, continued its recent decline, falling to levels last seen at the start of the year.

Data implies that Fed rate hikes are working as intended

Data over the past week included a larger-than-anticipated drop in producer prices, encouraging for the desired decline in prices for goods and services. In a similar development, larger than expected declines in retail sales and industrial output indicated that growth in those areas has stalled. Let’s dig in.

The Producer Price Index (PPI) for December, which measures changes in the prices paid to U.S. producers of goods and services, fell 0.5% (vs. a revised 0.2% prior), more than the consensus forecast. On a year-over-year basis, headline PPI decelerated sharply to 6.2% (vs. 7.3% prior), compared to the expected 6.8%. The sharp drop in energy costs (-7.9% month-on-month) explains much of the decline and slowing price increases were also seen for goods and services.

Our take: The December PPI report’s favorable print indicates that the fall in the cost of goods has momentum and will continue in the months to come, eventually bleeding into prices at the retail level. Future gauges of inflation, notably the Consumer Price Index (CPI) and Personal Consumption Expenditures (PCE), both watched closely by the Fed, will reflect the reduced pressure on businesses to markup consumer prices because of lower wholesale pricing. Fed officials will interpret the large drop in PPI as a green light to downshift to a 25-basis point hike at its February 1st policy meeting. However, they’ll stay firmly on a hiking path through the spring due to stubbornly high prices for services.

On another front, the latest gauge of retail sales activity showed a 1.1% contraction in December, vs. a 1.0% drop in the month prior. The value of retail spending by the always-important US consumer, which is expressed in nominal terms, was reduced by both price impacts and a cooling of sales volumes at year end. With consumers hesitant to make purchases, many goods sectors across the retail landscape with excess inventories, notably furniture, footwear, and clothes, kept providing discounts to clear shelves.

Our take: Shrinking retail sales reflects an ongoing reversal of goods purchases by consumers back toward the pre-pandemic trend, as well as higher borrowing costs, as manifested in the interest rate charged on credit cards. The ongoing fall doesn’t bode well for retail sales prospects for Q1, and by extension, for avoiding  a recession, but we won’t know the full retail sales picture until a more comprehensive set of services spending and inflation-adjusted data emerges via upcoming economic data releases later this month.

Finally, signs of a deeper downturn in manufacturing came to light, via the release of the Empire State manufacturing survey, an index of manufacturing and business activity in the northeastern US. The gauge plunged to its lowest level since mid-2020 – posting its fifth-worst reading in its history – as lackluster new order activity served as a bad omen for future demand.

Specifically, the general business conditions index’s headline dropped nearly 22 points to -32.9; a value below zero indicates contraction. The reading was more than twice as weak as the most pessimistic estimate. With the activity in the sector now contracting, it’s clear that higher interest rates are hitting manufacturing hard.

Our take: In combination with other weak industrial data implying a softening economic outlook, fears of a looming recession are becoming more and more justified as higher interest rates strangle demand.

What to Watch – The Risk of Recession is Growing

Fed officials enter their usual pre-meeting blackout period this week, silencing the recent drumbeat of comments  hammering home their belief that the Fed Funds rate must peak above 5 percent – it’s  4.50 percent now –  and stay there for longer than most expect.

Markets remain skeptical, as evidenced by a steady decline in yields over the past two months, mainly due to improving inflation gauges and expectations that inflation will be less of a threat to the economy in the near term.  The broader bond market is also signaling that a Fed Funds peak below 5 percent will be enough to trigger a recession, requiring the Fed to cut rates by at least fifty basis points by the end of the year.

Are bond markets too optimistic? Is inflation really cooling enough for the Fed to cut rates this year? Sure, recent inflation gauges have shown a consistent retreat in prices for goods, but it’s likely that prices for the service sector – which makes up a huge segment of consumption and is still growing at a healthy clip – won’t be so quick to fade and could remain stubbornly high for much of the year, helping the Fed to avoid cutting rates until 2024.

Layer on recent evidence that economic activity is heading in a direction that’s inconsistent with durably slowing inflation –  like solid economic growth, rising personal incomes and a tight jobs market – and you could conclude that yields may have fallen too far, too fast, and the Fed is right to keep its inflation fight humming.

At first glance, upcoming data may support the market’s view that the Fed only has a couple more quarter-point rate hikes on tap before it pauses. The Fed’s most favored inflation gauge, the core PCE deflator (Friday), which measures the prices paid by consumers for goods and services without the volatility caused by movements in food and energy prices, is expected to come in lower than the Fed’s projections published back in December. Following this week’s PCE release, the Fed will likely conclude that inflation pressures are persistent, in stark contrast to the rapid declines in the Consumer Price Index, which has shown a steady fall in inflation in recent months.

All told, it’s a recipe for the Fed to hike just 25 basis points at its February and March meetings, then pause hikes for the rest of the year, before eventually cutting rates in early 2024.

We’ve been pulled into many discussions between floating rate borrowers and bank lenders of late, where an interest rate swap is on the table as a possible vehicle for hedging rate risk. Given our decades of experience in trading swaps on the trading floors of large, money center banks, we’re experts at understanding the nuances and complexities of the swaps market.  During our countless discussions with clients from a myriad of industries, and financial and non-financial staff, there are certain beliefs about derivatives that we consider myths or misconceptions. Considering a swap to hedge rate risk? Here’s high-level run down of commonly misunderstood aspects that if ignored, will cost you money:

2: “When unwinding a swap, the negative termination value isn’t really a loss to the bank.”

3: “The Bank is earning more in interest because I have to write a check every month on the swap.”

4: “The ISDA and Schedule to the Master Agreement are non-negotiable.”

6: “Swap rates are transparent; anyone can find them.”

7: “A Pay-Fixed Swap is the best method to hedge floating rate debt.”

8: “My Bank is giving me a competitive rate.”

9: “I’m concerned if I hire an Independent Derivative Advisor, I may lose some negotiating power.”

10: “Why pay an Independent Derivative Advisor when the Bank can offer the same service.”

To learn more about the pros and cons of interest rate swaps, sign-up for our Derivatives 101 seminar.  It’s free. Email us us@derivativelogic.com