Last Week: Interest rates traded lower as equities moved higher on the week as the Fed cut rates as expected but stirred up doubt as to the likelihood of future rate cuts. The yield on the US 10-year Treasury note declined 14 basis points to 1.72% and 1-month LIBOR also fell by 2 basis points to 2.03%. Oil rose $3.50/bbl after Saudi Arabia’s oil infrastructure slowly recovered from drone attacks. Treasury yield volatility fell to 5.33 from 5.97 this time last week.

A highly divided Fed cut rates as expected, and left the door open for more. In a widely expected move, Powell & Co cut its benchmark rate 25 basis points for a second straight meeting, to a target range of 1.75% to 2.00%. Three members of the committee dissented, two arguing rates should be left unchanged and one member voting for a deeper, half-point cut. In his post-meeting press conference, Fed Chair Powell offered markets little guidance on the Fed’s future intentions, though the official statement retained language used to signal openness to additional cuts. Most importantly, Chair Powell dismissed the notion that the Fed might deploy negative interest rates if rates fall or breach the effective lower bound.

The Fed’s “dot-plot”, a graphical representation of where Fed members believe rates should be in the future (which we mostly ignore since it’s notoriously inaccurate, thus take it with a grain of salt) shows a split in the Fed’s ranks over the need for more easing, not just in 2019 but in coming years: seven Fed officials see an end-of-2019 Fed funds rate of 1.625%, five at 1.875% and five at 2.125%; no Fed officials see the Fed funds rate below 1.625% through 2022.  Even the most dovish of Fed officials favored only one additional 0.25% rate cut by year-end. An important take-away: Fed officials’ economic forecasts were largely unchanged from the prior round of estimates in June; they upgraded their GDP growth expectations slightly, but still see America’s economic expansion slowing and chugging along nowhere near the White House’s 3% goal. All told, it’s a recipe for a Fed that stands ready to cut again if it sees any notable deterioration in any of the following four things: 1) US-China trade negotiations, 2) consumer’s appetite for spending,  3) flat prices that consumers pay for goods and services and/or 4) the pace of hiring by businesses.

Funding market strains spurred a SOFR blowout. Several factors combined to create stress within the US repo markets this week – the market where banks and hedge funds pay to borrow money overnight – setting other markets on edge and prompting the Fed to add liquidity for the first time in more than a decade.

In other news, US-China trade talks resumed. Negotiators from the US and China meet face to face this week for the first time in two months, in Washington, to lay the groundwork for a high-level meeting in October. Markets continue to anticipate an interim deal, with perhaps the US freezing or rolling back some tariffs and offering some relief on the US’s ban on technology sales to China’s Huawei in exchange for China resuming purchases of US agricultural and energy products. Any perceived progress on the US-China trade front will relieve some of the downward pressure on Treasury yields, making room for a move higher.

More signs that the global growth slowdown is deepening. Industrial production in China rose at the slowest pace in 17 years, growing 4.4% in August, down from July’s 4.8% pace, while retail sales increased at a slower-than-expected pace, rising 7.5% versus 7.6% the month prior. Premier Li Keqiang acknowledged it would be very difficult for China’s economy to continue to grow at 6% or more. Particular weakness in China and Europe prompted the Organization for Economic Co-operation and Development (OECD) to downgrade its 2019 global growth forecast to 2.9% from an earlier 3.2% estimate, the slowest pace since the global financial crisis, while the Business Roundtable cut its US growth projection to 2.3% this year from its prior 2.6% outlook. Still a solid rate of growth for the US, but a far cry from the 3% seen in Q1 of this year.

Central Banks responded to the growth outlook: Five rate cuts, one rate hike and more on hold. The Fed was not the only central bank to meet last week. The central banks of China, Brazil, Saudi Arabia and Taiwan all cut interest rates, following the Fed. Bucking the trend, Norway’s Norges Bank raised rates sooner than expected but indicated its tightening cycle may have come to an end. The Bank of England, Bank of Japan and Reserve Bank of Australia all held rates steady but were more dovish in their guidance. China cut its new loan prime rate for the second month in a row, but only by 5 basis points, to 4.20%. With the trend in global interest rates being flat or lower, US interest rates are doomed to reflect the same.

What to Watch This Week: Given the importance of consumers’ central role in driving growth in the back half of the year, this Friday’s report on August personal income and spending and durable goods orders will be the main focal point in this week’s economic data docket.

There’s also a handful of speaking engagements by Fed officials on tap, where they’ll hammer home the Fed’s “ready for further cuts if necessary” mantra.

Take-Away: Already reported data on retail and auto sales indicate that consumer consumption continued at a robust pace in August. Details on household income creation and the personal savings rate in this week’s data will signal whether consumer spending momentum is poised to continue. We’ll be analyzing the data closely for any sign that consumers are beginning to “run on fumes” via the greater usage of savings to spend amid slowing growth in incomes. At the end of the day, we don’t expect any of the data to markedly change the current subdued outlook for interest rates.

Given their impact on interest rates, the tone of US-China trade discussions will also be front and center this week, as negotiators from the US and China meet face to face in Washington. While no one knows which way it will go in the near term, the next pending tariff action will be the escalation of 25% tariffs to 30% on October 15; the next Fed decision is on Oct. 30. If trade talks don’t bear fruit in the interim, then we expect the Fed to execute another 0.25% rate cut in October. With US economic growth poised to sink below 2.00% in both Q3 and Q4, new job creation decelerating, rising geopolitical risk and ongoing jittery trade tensions, it will be difficult for the Fed to avoid cutting rates further by the end of the year. 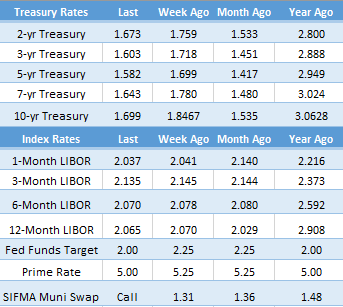 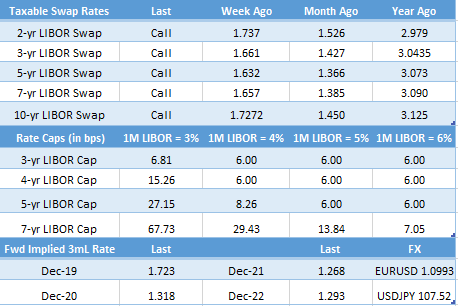 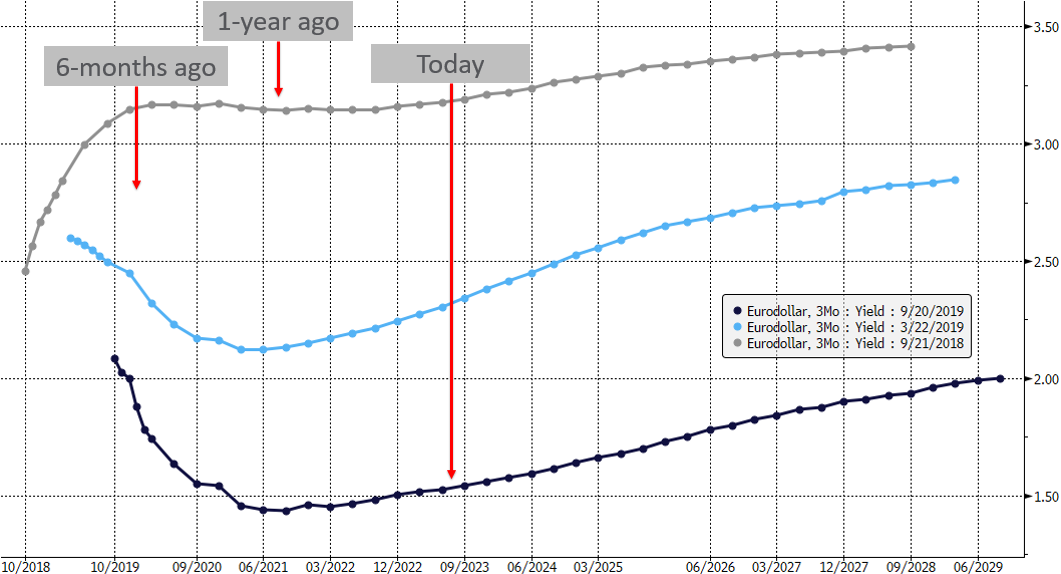 Consumers Set to Chill Amid Hiring Slowdown
Scroll to top