Last Week: Interest rates were mixed as equities showed a solid advance. Yields on US 10-year Treasury notes were unchanged at 2.96% – despite topping 3% once again mid-week – while 1-month LIBOR declined to 1.9187% from 1.9285% the week prior. Oil hit $71.17 – its highest level since December 2014 – while the US dollar weakened slightly and Gold strengthened. Treasury yield volatility, as measured by the Chicago Board Options Exchange Treasury Volatility Index (TYVIX), declined to 3.44 from 3.68 a week ago.

Scant signs of inflation imply only two more Fed hikes this year. In a widely anticipated release of one of the Fed’s preferred inflation gauges, the US reported a smaller-than-expected 0.2% rise in the Consumer Price Index (CPI) for April.  After subtracting out increases in food and energy prices, CPI rose a minuscule 0.1%. The data suggested the Fed will likely maintain its gradual rate-hiking pace and follow up March’s 0.25% rate hike with only two more this year, not the three hikes many market analysts have called for. 1-month LIBOR and the 10-year Treasury climbed to fresh highs hours prior to the CPI release, only to slip back immediately after the surprise CPI reading.

US-North Korea summit was set. President Trump will meet his North Korean counterpart, Kim Jong Un, on June 12 in Singapore in an attempt to denuclearize the Korean peninsula. US secretary of state Mike Pompeo traveled to Pyongyang for further summit preparations and returned home with three American detainees that had been held by Kim’s regime. Trump and Un appear on a collision course as markets guess which actions will come first:  sanctions relief from the US or North Korea giving up its nukes? While mostly in the background for now, any serious deterioration in negotiations could move interest rates markedly.

Argentina continued down the road of its slow-motion train wreck. Attempts by Argentina to stem capital flows out of its country have proven futile, prompting the government to turn to the International Monetary Fund last week for help. In recent weeks, the markets have lost confidence in the Argentine government’s gradual approach to undertaking much-needed fiscal reforms. Talks are now underway with the IMF, and any support loan package will likely require faster fiscal consolidation. Who cares about Argentina, right? Wrong. While certainly peripheral to the direction of US interest rates, the slow motion decline of Argentina’s economy has dented investors confidence in emerging market bonds, driving them headlong into more hospitable investments, like US Treasuries, helping to keep a lid on long term US Treasury yields.

What to Watch This Week: Outside of a parade of Fed speakers intent on hammering the Fed’s gradualist message home and calming flat yield curve fears via a slew of scheduled speeches (we mostly ignore everyone but Fed Chair Powell), only two pieces of US economic data are worthy of your attention this week: Tuesday’s Retail Sales and Wednesday’s peek into Industrial Production, both for the month of April.

Retail Sales is an important gauge of consumer activity at this point in America’s near-decade long expansion and given that consumers drive three-quarters of economic activity, we’re still waiting for the tax-cut driven surge in spending that has yet to manifest even as wages and consumer’s confidence in the future has held up. While we believe the surge in Retail Sales will eventually show up this quarter, this week’s read for April will show only muted but encouraging improvement. We expect a 0.5% reading for April, just shy of March’s 0.6% and higher than the 0.3% consensus. Keep in mind that Retail Sales also has implications for US GDP, which was disappointing in Q1, but is expected to rebound sharply in Q2, well above 3%, led by household spending.

On another front, Industrial Production data usually takes a back seat to the more exciting reads on the pace of economic activity, like the jobs report or the Consumer Price Index. This month is different however, as pretty much everyone is hoping for a rebound in growth in US factory activity in April after it nearly stalled in March. To put the March reading in context, US factory activity has accelerated almost continuously since 2016 and, even though growth stalled last month, is still running at its fastest pace since 2012. This level of activity in America’s factories adds to mounting inflation pressures (and encourages future Fed rate hikes) and helps increase demand for much needed capital investment by businesses. We expect a 0.8% read in manufacturing for April after March’s dismal 0.1%. Regardless of the above, the readings of the economic tea leaves this week will do little to alter the nearly certain 0.25% Fed hike on June 13th.

Take-Away: We love it when we’re right. Following weak readings in producer and import price pressures, consumer sentiment and now consumer prices via last week’s CPI, it’s clear that the much-lauded belief that a spike in inflation was right around the corner was dead wrong. Those same inflation-fear mongers believed the Fed would need to hike more aggressively to combat inflation, which now also looks wrong.  Like we’ve said many times before, until consumers wages rise meaningfully, and those higher wages translate into a quickened pace of spending, inflation will continue its slow, incremental rise and the Fed won’t need to change its planned pace of hikes.

What about the flattening yield curve? Yes, as stated by multiple financial news outlets almost incessantly, the yield spread between the 5 and 30-year Treasuries stands at its narrowest since 2007, and the prospect of inversion, where short term yields become higher than longer-term ones, remains strong as the Fed continues to hike short term rates and markets keep downward  pressure on long term yields via bond purchases. While its true that an inverted Treasury yield curve has historically implied a looming economic slowdown, the slowdown is not immediate nor certain. Its a dynamic we’re watching closely – stay tuned for more analysis on the dynamic in the weeks ahead. 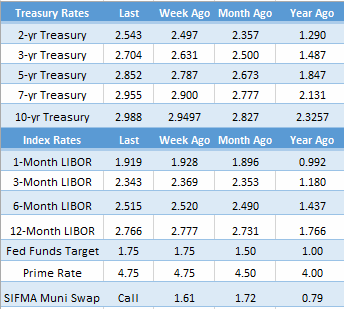 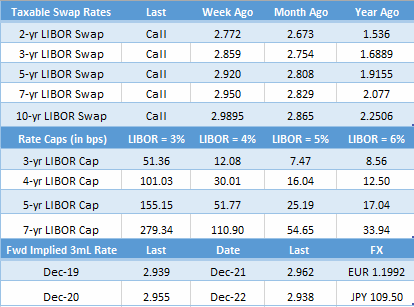 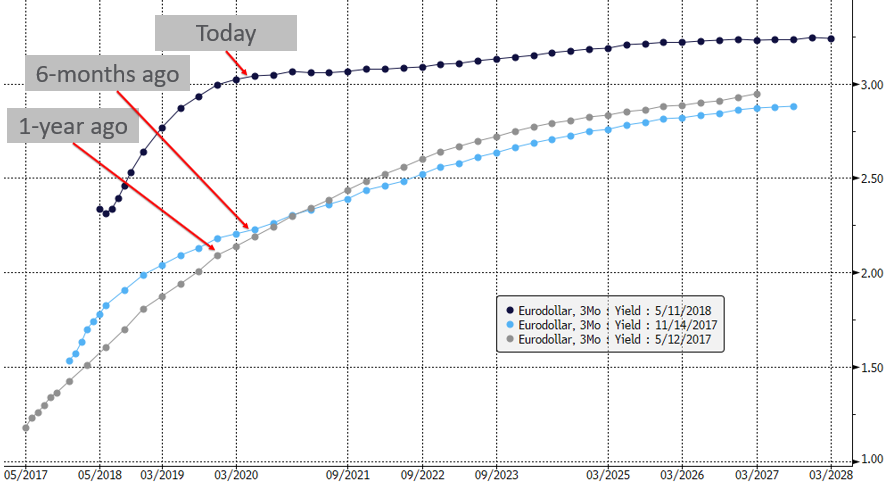 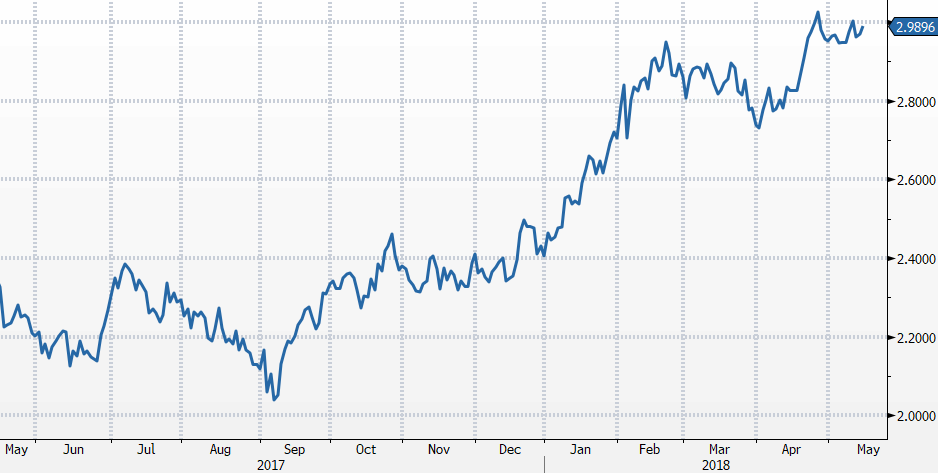