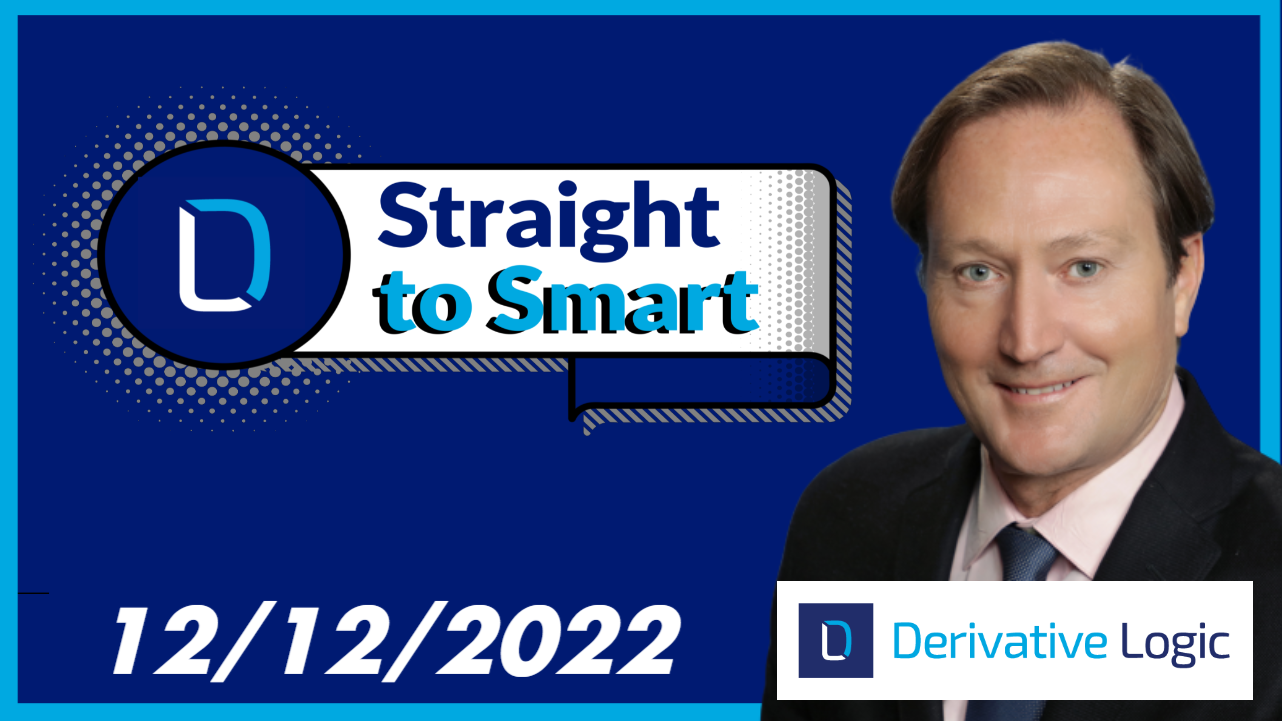 Yields across the maturity spectrum traded within their recent ranges, amid slowing economic growth and dwindling optimism over the potential for a dovish pivot by the Fed.

For the week, the 2, 5, 10 and 30-year US Treasury yields fell a respective 4, 1, .5 and 2 bps. Overall, the continued drop in yields reflects the financial market’s belief that short-term rates are indeed going higher, but that the US economy won’t be able to sustain higher rates for long.

Elsewhere, global equities fell on the week, while the price of a barrel of West Texas Intermediate crude oil slumped $9 to $72.50 from a week ago amid a weakening US dollar and a higher price for Gold. The US 2-year vs. 10-year Treasury yield spread, a widely watched barometer of the likelihood of a looming recession, held near its most inverted level since the early 1980s (-0.77%).

3-month (CME) Term SOFR, a useful gauge of hedging costs due to its liquidity, continued its ascent toward where it thinks the Fed funds target rate is headed, rising 4 basis points last week to 4.50%, yet another new high for the three-year-old index. The implied yield on the 3-month SOFR futures contract 1-year forward (December ‘23) fell eight basis points from this time last week, in concert with the fall in Treasury yields, to 4.69%.  The SOFR futures market continues to imply that 3-month SOFR will peak next spring – along with the Fed Funds rate – near 5.16%, followed by a gradual decline over the next three years as the Fed eventually eases.  Finally, interest rate volatility, a key driver of the cost of rate caps and other option-linked interest rate hedges, did an about face and shot higher, rising to levels last seen a few weeks ago.

Data Imply the Fed Isn’t Anywhere Close to Being Done

Financial markets were transfixed last week by news of persistent inflation in services, rising prices on the producer level of the economy and consumer resilience despite it all. The takeaway? Amid stubbornly high inflation in key areas of the economy, the Fed has a long way to go before it can declare victory in its inflation fight. As such, expect a 50-basis-point hike at the conclusion of the Fed’s policy meeting on Wednesday, followed by a series of further hikes into Q1 of next year.

Key gauges of inflation bolster the need for more hikes. The ISM services index for November increased 2.1 points in November to 56.5 (a reading below 50 implies contraction), above the consensus estimate and reflecting sturdy demand for services, with most sectors reporting growth.

Elsewhere, price gains on the wholesale level cooled less than expected last month, adding another layer of evidence to the case that the Fed isn’t anywhere close to backing off rate hikes. The headline Producer Price Index (PPI) increased 0.3% in November, above the 0.2% consensus estimate. The November number followed an upwardly revised 0.3% increase for October. Core PPI (excluding food and energy) came in at 0.4%, also above the consensus expectation of 0.2%. The year-over-year change decelerated to 6.2% from 6.8% the previous month, and a 9.7% peak in March.

Our take: Ultimately, inflation’s trajectory in the service sector will likely dictate the pace of underlying inflation once price gains for goods decelerate faster next year. With Fed Chair Powell stating recently that inflation in services could be the most important category for understanding where overall inflation is headed, the data tell us that, despite falling inflation for goods, the Fed has reason to keep hiking.

Better income prospects and lower gas prices keep consumers confident. The headline consumer sentiment index, a closely watched gauge that serves to predict changes in economic activity based on how likely consumers are to buy things, rose to 59.1 (vs. 56.8 prior) in December, coming in above the consensus estimate (57.0). The data reflected both an improvement in consumers’ current state as well as in their expectations for the future. Increasing optimism was seen in buying conditions for large household durable goods, cars, and even homes, despite high mortgage rates, implying that consumers and households are surprisingly resilient, despite the constant barrage of doom and gloom news of economic recession and layoffs.

Our take: Given that consumers alone are responsible for nearly 70% of US economic activity, the data raises the risk that the Fed will need to hike rates higher and keep them there longer to smother inflation to its liking.

All told, recent inflation gauges show that inflation will likely remain stubbornly high in the coming months, keeping the Fed engaged in its inflation flight well into next year. We’ll easily see at least another 100 basis points of rate hikes, with the next 50 basis points coming this week, and the remaining 50 or so spread out through the first half of 2023, with the Fed Funds rate peaking near 5.00% (it’s 4% now) in May or June 2023.

While last week’s data justifies more hikes from the Fed, Chair Powell & Co. will have data on their side to justify a ratcheting down of its pace of interest rate hikes. In the coming days, as a string of weaker inflation readings – November’s Consumer Price Index (CPI, Tuesday) and import prices (Wednesday) among them – will likely boost the Fed’s and the financial market’s confidence that inflation has peaked.

China’s surge in Covid cases and their spill over into China’s waning demand for oil, easing supply constraints (Empire Manufacturing Index, Thursday) and evidence that businesses are offering discounts to wind down inventories amid slowing demand for goods (business inventories, Thursday), will all provide a tailwind to justify the Fed’s rate decision (Wednesday).

While a 50-basis point hike is a done-deal, the Fed will likely focus heavily on the economy’s seeming ability to withstand more hikes. Recent upward surprises in household spending (retail sales, Thursday) and ongoing signals that the job market is just barely cooling (initial jobless claims, Thursday), should prompt the Fed’s voting members to increase their estimates of where the Fed Funds rate will peak – via the dot plot – with the median predicting an upper bound of at least 5%.

The new year is approaching, and with it comes a slew of predictions – ours included – about how interest rates will perform next year. Like many firms in finance, we and our clients gain enormously from the discipline of listing our assumptions and providing a prediction.

Other Wall Streeters will fill the void between this week and New Years Day with gloomy outlooks for next year. Are they justified? While we suspect the first half of next year won’t be much fun, filled with pain in different segments of the economy being offset by strength elsewhere in what some are calling a “rolling” recession. It will be characterized by a sector-by-sector downturn, rather than one big fat recession where everything collapses at once. However, we’re expecting things to improve greatly in the second half of next year.  Curious? Be on the lookout for our Annual Rates Forecast in the first week of January. The Last Fed Hike
We use cookies to give you the best web experience. If you continue to use this site it is deemed you consent to this site's use of cookies.OkPrivacy policy
Scroll to top