Last Week: Friday marked an end to relative market quiet as a global risk off theme suddenly took hold, driving the S&P 500 to sink 2.5% in the heaviest volume in two-months and the market fear gauge to jump the most since the BREXIT vote. Oil ended the week slightly higher while gold traded flat. The 10-year Treasury rose 8bps to 1.6749%, while 1-month LIBOR traded higher by 7 bps to .5268.

The market implied probability for a Fed hike was much-less rattled than stocks and bonds with chances for a Sept and Dec hike only up 2 percentage points, to 28%.

This Week: In the week ahead we’ll get the last few influential economic data releases ahead of the Fed’s Sept 20-21 policy meeting, none of which is expected to alter our view that a September hike is a long shot.

The most significant economic day of the week is Thursday, where we’ll see a deluge of data. First in importance that day is the release of a gauge of August Retail Sales, which will be analyzed closely as the pace of GDP growth in the second half of the year is tied closely to household spending. August’s report takes on even greater significance than usual after a surprise decline in July and the fact that measures of economic growth in the first half of the year would have been negative if it weren’t for robust spending by individuals and families.  We’re expecting retail sales this time around to be flat, and any ensuing GDP growth for the rest of the year to be tepid at best.

Other than the dominant retail sales data, Thursday’s gauge on consumer prices will garner the markets attention for continuing confirmation that inflation at the consumer level is nowhere to be seen. Prices for consumers have remained steady over the last several quarters as low energy prices and import price deflation have been offset by higher housing costs. Until growth accelerates and prices rise to meet increased demand, inflation won’t meet the levels the Fed needs to justify a rate hike.

Lastly on Thursday, a measure of consumer sentiment will attract more attention than usual due to the expected low level of retail sales described above. If you and I were gearing up for increasing levels of spending, it should be reflected in improvements in our attitude on the economy. We’re expecting a modest increase, following a flat performance in August.

There are other important data releases this week, but those gauging consumer activity are the most important given the economy’s dependence on the consumer for growth over the last several quarters. Outside of data, a bevy of Fed officials are scheduled to speak, events which will likely serve to soften any outsized surprises in the data.

Take Away: As we’ve said recently, the Fed isn’t going to hike in September. How about December? Possibly, but not sooner as America’s economic momentum is soft at present, and the Fed will need to see a broad, sustained growth acceleration before it has any reason to hike.

Early in this economic cycle, the US relied on exports to drive economic growth. Now, domestic drivers, such as residential investment, personal consumption and spending by the government, have taken over. While the current “expansion” or “recovery” or whatever you’d like to call it gets long in the tooth – going on eight years now – we’re just not seeing tell-tale signs of rapidly rising wage pressures, spikes in inflation or high interest rates that tell us it will end anytime soon. America’s economy will continue its steady as she goes pace with any prospect of recession or large expansion lying far into the future and a Fed that’s determined to raise interest rates in a slow, shallow but methodical pace along the way. 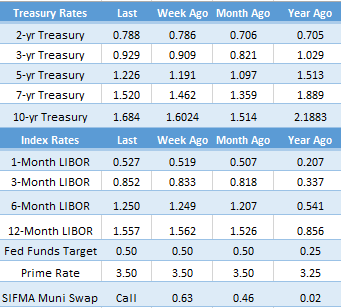 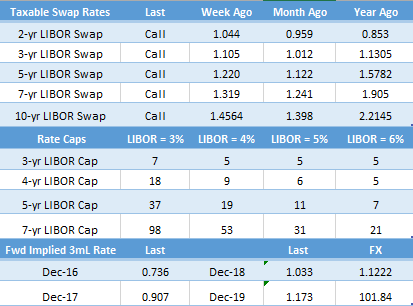 Fed on the High Wire
Scroll to top