What You Missed: Long-term interest rates drifted higher as concerns over the Omicron variant of the coronavirus moderated and new signals of high and rising inflation opened the door to tighter monetary policy. While the yield on the benchmark US 10-year Treasury note rebounded to 1.48% from 1.38%, most of the action showed up in short-term rates, like the 2 and 3-year Treasury yields, which continued their blistering rise. Elsewhere, the price of a barrel of West Texas Intermediate crude oil rose to $71.50 from $67.65, as the US Dollar weakened, and Gold traded flat. Treasury yield volatility, a key driver of the sky-high rate cap and swaption prices we’re all seeing right now, tumbled through the week but remains near levels not seen since March 2020.

If you’re a floating rate borrower or lender that has ignored the impending death of LIBOR, the Federal Reserve’s recommendation that bank’s not enter into any new LIBOR contracts after December 31, 2021 should wake you up to the issue quickly. While the deadlines and nuances of LIBOR’s transition to a new index may change, it’s time to get up to speed on how the event will impact: 1) new and existing loans and 2) new and existing rate caps and swaps. You won’t be able to buy a LIBOR-indexed rate cap next year.  This shift will impact you, perhaps negatively. Contact us for a discussion on how LIBOR’s transition impacts your specific situation, and what actions you should be taking now.

Inflation continued to run hot – what does it mean for rates? Putting the Fed under renewed pressure, consumer prices climbed at the quickest annual rate in almost 40 years last month, highlighting how quickly and persistently inflation is driving up costs while eroding wages. So-called core prices, which exclude volatile food and energy components, increased 0.5% from October to November, and 4.9% from a year ago, reaching a new 30-year high.

Headline inflation rose 0.8% month-on-month in November, above the consensus forecast (0.7%) and down from 0.9% in October. The index rose 6.8% from a year earlier (vs. 6.2% prior), and core inflation rose 4.9% (vs. 4.6% prior). Translated to PCE inflation, the Fed’s preferred gauge, inflation should be around 5.4% on a 12-month basis, higher than the Fed’s median estimate of 4.2% from its most recent economic projections.

Most relevant to our readers, shelter expenses, which make up approximately a third of the overall CPI index and are considered a more structural component of the gauge, increased 0.5 % in November from October. Compared with the same month last year, the 3.8% gain was the biggest since 2007. Overall, the increase in prices continued to be broad-based, with energy prices, rents and supply-chain bottlenecks all leading the charge to keep prices high.

Despite the headlines, if one digs deeper, the CPI data showed stronger chances that inflation will moderate next year, given that the overall, monthly change in November was smaller than in October. As such, markets pared their bets on the amount and frequency of Fed rate hikes next year.

Our take: Pretty much everyone expected the CPI to show that inflation continues to run hot, albeit at a somewhat slower pace. The data, along with recent signals suggesting a tight job market, will strengthen the Fed’s commitment to double its pace of slowing bond buying (aka “taper”) this week and, perhaps more shockingly to the markets, likely signal a steeper path of rate hikes next year. For a deep dive on how the housing picture is complicating the Fed’s policies, keep reading.

The fact that headline inflation may have crested should provide some solace to you worry-warts out there, since recent evidence hints that supply-chain constraints are are all signals that we’re starting to turn the corner on the inflation front. Nonetheless, due to the stickiness of high and rising costs of shelter, we expect inflation to run hot well into 2022, but to moderate notably in Q2. The fly in the Chardonnay? If lockdowns overseas cause another wave of supply-chain snarls.

Bottom line: While some of the variables driving up inflation have improved since October, and will likely continue to do so, given the Fed’s past misses and the increased need to act before everyone’s fears of inflation spiral out of control, the Fed won’t base its policy decisions this week on that rosier forecast. As a result, we expect the Fed to take a more aggressive stance at reigning in stimulus this week, via a faster taper and projecting a steeper path of rate hikes.

Consumer’s seemingly unfazed by high inflation and Omicron. Consumer sentiment, as gauged by the University of Michigan’s consumer sentiment index, a measurement of the overall health of the economy as determined by consumer opinion, improved in December from a pandemic-era low. The preliminary reading of the index for December increased to 70.4 from 67.4 prior (higher equals more positive sentiment).

Our take: Inflation-expectations gauges – what the Fed really focuses on when deciding how and when to alter its policies to confront inflation – were unchanged as a result of the improvement in sentiment. Given popular concerns about rising inflation and illnesses, the gain is a step in the right direction.

Omicron apparently more contagious, but less deadly. According to multiple studies, the Omicron COVID variant is exceedingly contagious but far less harmful than previous strains. In South Africa, where the variation was discovered two weeks ago, infection rates have risen dramatically, but hospitalizations and deaths haven’t. Early tests reveal that several of the existing frontline COVID-19 treatments are at least partly effective against the Omicron, according to various vaccine producers. Why you should care: As the uncertainty surrounding Omicron continues to fade, support for higher interest rates and higher equities will solidify.

What to Watch This Week:  All eyes are on this week’s Fed meeting (Wednesday). Fed Chair Powell and Co. are expected to take a significant hawkish turn in the aftermath of the highest consumer inflation readings since 1982 combined with signals of a tight jobs market. As such, we’ll be scouring both the tone of the post-meeting press conference and the official meeting statement and economic predictions.

While everyone is expecting the Fed to announce a doubling of its tapering pace at this week’s meeting,  we suspect that markets will be surprised by information showing how quickly and how high the Fed intends to hike interest rates, via a revision to its dot plot. Remember, we despise the dot plot mainly due to how inaccurate it proves to be at predicting rate hikes, but markets react to it nonetheless. We believe the dot plot will likely show three, 0.25% rate hikes next year, with the terminal rate – what economists call the natural or neutral interest rate that is consistent full employment and stable prices – approaching 2.5%, which is far higher than what rates markets are anticipating.

Critics may claim that the Fed is making a policy mistake by tightening just as inflation is showing signs of moderating, based on this likely steeper, higher projected rate-hike path. Several data points are on tap this week to help clarify the situation, such as the state of input prices (Producer Price Index, Tuesday; import price index, Wednesday), factory inventories and production (industrial production; business inventories, both Wednesday), and supply delivery delays (Empire manufacturing, Wednesday).

To counter the argument, the upside risk to inflation remains high, with stickier, red-hot housing costs likely to persist (NAHB Housing Market Index, Wednesday.; housing starts, Thursday) and the omicron variant potentially causing another wave of supply-chain disruptions as some countries impose lockdowns. Looking ahead, rents could easily take the place of pandemic-related pressures as the primary driver of inflation next year.

Finally, robust consumer spending (retail sales, Wednesday), a tight jobs market (initial jobless claims, Thursday), and firms ready to invest on the backs of high earnings (Philly Fed forecast, Thursday), paint a positive picture for economic growth, and an economy that can easily withstand a faster Fed taper and ultimately, higher interest rates. Indeed, some degree of monetary tightening is required to ensure that inflation expectations don’t spiral out of control, allowing the economic boom to continue and the jobs market to recover to pre-pandemic levels. It’s a scenario that allows the Fed to ease off the throttle without fear of killing the rebound that we’re all loving at present.

Big Picture: Housing costs are usually one of the most enduring components of the consumer price index (CPI), one of the Fed’s favorite measures of inflation. Given high and rising housing costs at present, they have the potential to poke a hole in the notion that inflation will moderate next year as pandemic-induced price pressures subside.

Many widely viewed rent gauges have exploded this year, with several currently climbing at double-digit rates. These increases won’t be fully reflected in the CPI for at least a year, if not longer. If history holds true, the main CPI components that measure housing expenses might be rising at a rate of 6% to 7% by next summer, quicker than at any time in the last 30 years. Rising rents will help to keep the notion of high overall inflation alive. The longer that narrative persists, the higher the risk that it will invade household and business consciousness, laying the groundwork for a classic wage-price spiral.  Further, higher rents may reduce tenants’ ability to spend on other things, potentially depressing an already sluggish economic recovery.

Housing costs make up over a third of the CPI. According to some forecasts, CPI should decelerate dramatically next year, falling to just 2.8% by the end of the year. However, higher growth in housing costs might easily add another 0.5% to the total, complicating the Fed’s efforts at battling inflation.

There is little the Fed can do, short of crashing the economy, to prevent today’s rent increases from seeping into headline inflation. Their mission will merely be to prevent a one-time rent spike from igniting a long-term trend. We’ll be watching the dynamic closely as it could evolve to justify more rate hikes than anyone now anticipates. 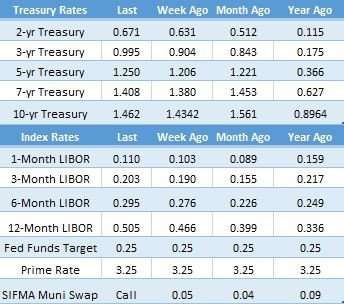 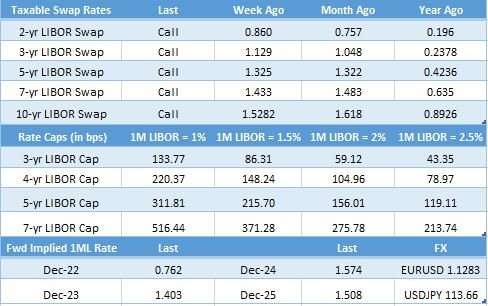 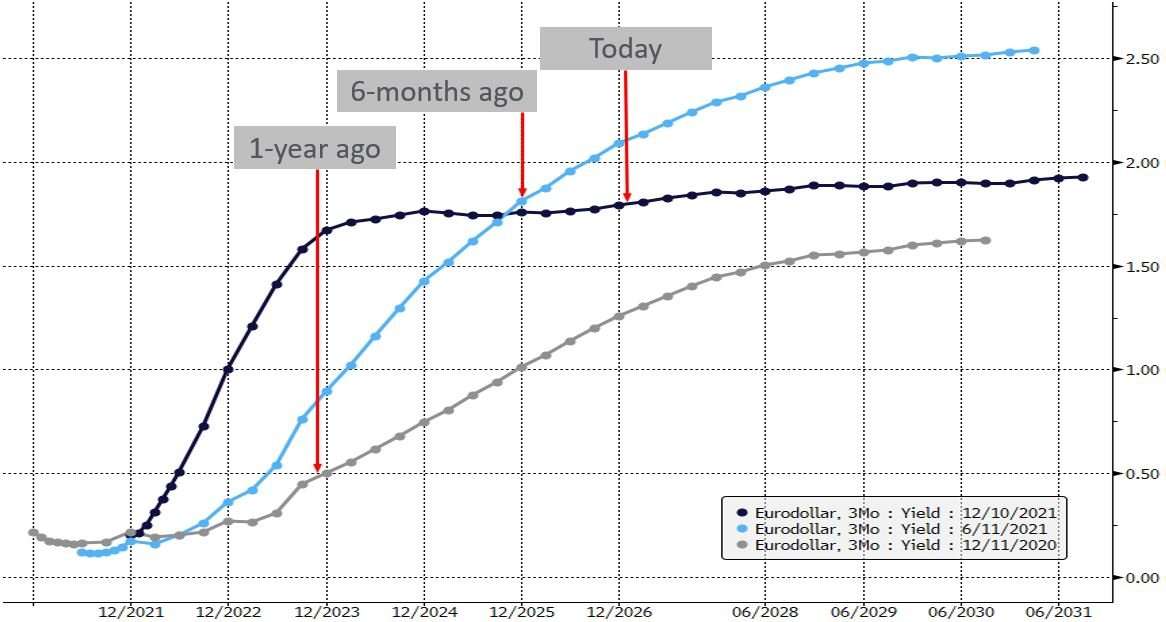 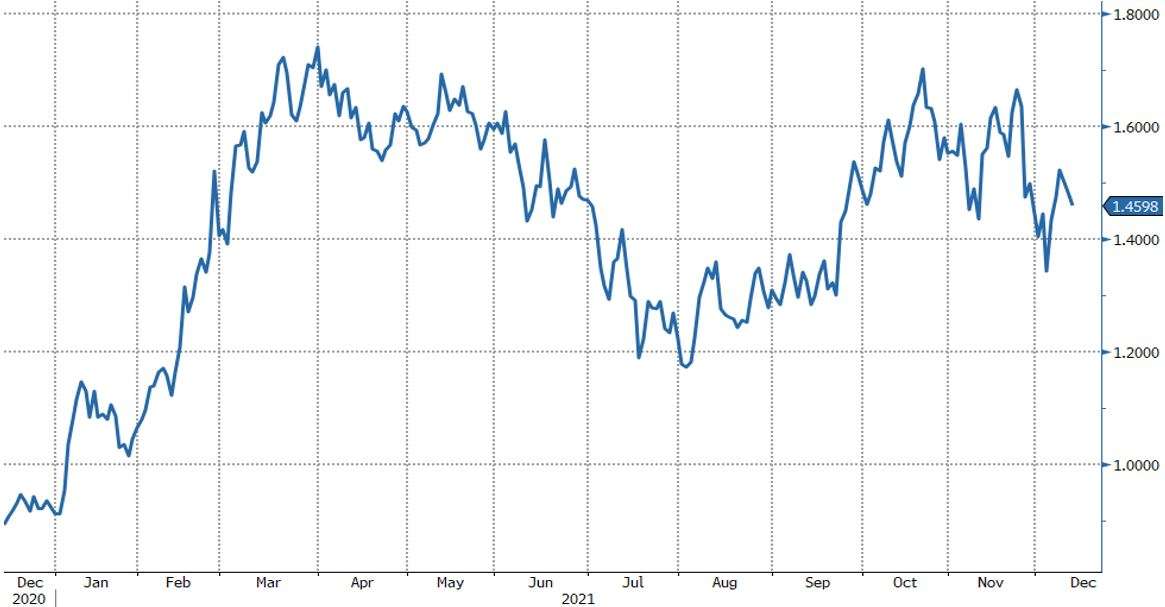