Last Week: Interest rates and equities advanced strongly, fueled by solid global growth, robust consumer and business confidence, and news of China’s waning appetite for Treasuries. The yield on the US 10-year note rose 11 basis points to 2.57% in response to growing anticipation that major central banks may join the US Federal Reserve in shifting to less accommodative monetary policies later this year. 1-month LIBOR followed the 10-year, rising to 1.5594% from 1.5537% the week prior. Of note was the 2-year US Treasury yield’s rise above 2% – the first time its done so since the financial crises in September 2008. Oil rose, the US dollar weakened, while Gold strengthened. Treasury yield volatility, as measured by the Chicago Board Options Exchange Treasury Volatility Index (TYVIX), rose to 3.78 mid-week, up from 3.63 a week ago.

Market believes the case for consumer and business inflation strengthened. In a widely anticipated data release, the underlying pace of U.S. inflation accelerated last month above 2 percent, as the market-implied probability of a Fed rate increase in March exceeded 80 percent.  The data spurred markets to price in higher odds of a March rate hike and the odds of more rate hikes in 2018.

US holiday retail sales were strong. Retail sales advanced 0.4% in December and rose 5.5% in Q4 versus the fourth quarter of 2016. Sales growth for the year was the strongest since 2014, according to the US Department of Commerce.

China denied a widespread rumor that it will buy fewer US Treasuries. Chinese officials denied that they recommended slowing or halting purchases of US Treasuries as a result of trade tensions with the US. Before moderating late in the week, US Treasury yields climbed to their highest levels since March amid broad weakness in bond markets against a backdrop of robust economic momentum and less accommodative central bank policies. While newsworthy, we always chuckle when the “China is selling US Treasuries” stories hit the financial news wires. Why? China has a huge current-account surplus (it exports more than it imports) and it must invest its surplus funds somewhere. China can earn a 2.54% yield by owning the US 10-year Treasury bond right now, or opt for a whooping 0.58% by owning the equivalent German bond, or even better, 0.067% on a Japanese 10-year Treasury. Which would you choose?

Equities are off to a fast start. As of the close of business on Thursday, January 11th, the S&P 500 Index had rallied 3.5% since the beginning of the year, the best start to a year since 1987. All three major US indices – the S&P, the Dow Jones Industrial Average and the Nasdaq Composite – set records last Thursday. Earnings season kicks off in earnest this week, with analysts forecasting another quarter of double-digit earnings growth on the order of 11%, compared with Q4 2016.

What to Watch This Week: After ending 2017 on a tax reform-induced and what some say is a sugar high, the days ahead will offer some of the earliest clues into whether the economic high-hopes are justified.  While the week is peppered with data from both consumers and businesses, industrial production data for December, set for release on Wednesday, will take the spotlight followed by the inflation expectation portion of Friday’s consumer sentiment report. While December’s jobs report was lukewarm at best, the goods-sector details of the report were robust, signaling a likelihood for a strong showing for industrial activity this week. Why should you care? Strong industrial activity serves as a bellwether for business spending and investment, a necessary ingredient for any series of Fed rate hikes this year.

Outside of data, Fed officials will once again be out and about, participating in scheduled speeches throughout the week.

Take-Away: The dominating theme on everyone’s mind is whether higher inflation and resulting higher rates are truly in store for 2018. Last week’s core Consumer Price Index data release – one of the key pieces of data the Fed monitors to help it formulate monetary policy –  offered the first clue, staging what many believe was an upside surprise in inflation. At face value, the 1.8% YoY rise in core inflation supports the “more hikes and higher yields in 2018” narrative, but the data’s underlying details suggest otherwise. Core services prices trended sideways, while a pickup in the core goods category is unlikely to be sustained. Disappointing results recently in import prices and core Producers Prices suggest that inflation pressures aren’t building.

We’re skeptical that core inflation is setting up to move notably higher, and expect it to trend sub 2% – the Fed’s widely publicized target – for most, if not all of 2018. The US dollar’s recent weakness, if it continues, will only add to our skepticism. As we’ve said before, until consumer’s wages begin to rise materially on a sequential basis, inflation pressures, and therefore any need for dramatic change in the Fed’s monetary policy, will remain questionable. 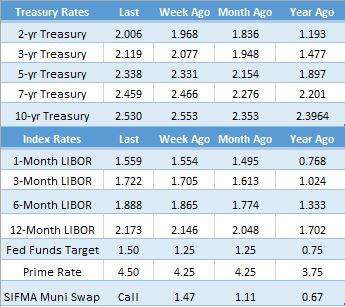 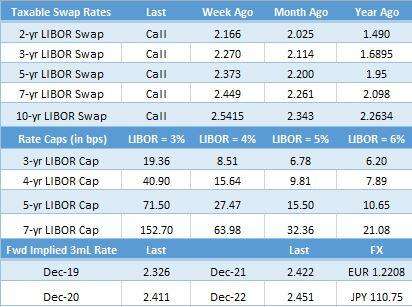 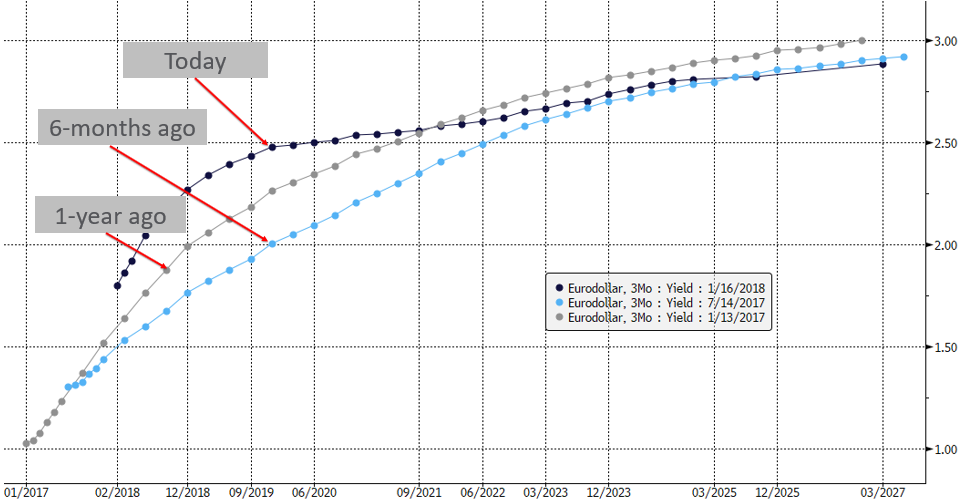