Last Week: Interest rates trended higher while global equities were little changed on the week as markets awaited clearer policy signals from the incoming Trump administration. Friday’s US 10-year Treasury yield of 2.42% that greeted Trump was virtually the same yield that prevailed when Barack Obama was first sworn in eight years ago. Oil, the US dollar and Gold fell slightly from a week ago, while market volatility, as measured by the Chicago Board Options Exchange Volatility Index (VIX), rose to 12.4 from 11.20 the week prior. 1-month LIBOR traded slightly higher, along with rates in general, to .7752 , while the 10-year Treasury finished the week at 2.47% from 2.33% the week prior.

This Week: The calendar in the days ahead is light, with just a few important data releases on tap.

Friday’s release of US Q4 GDP will take the spotlight, as it will have considerable implications for the market’s assessment of America’s economic health as well as the near-term trajectory of monetary policy. The US economy gained momentum in Q3 of last year, growing 3.5% despite a weak first half of the year, and most believe that we finished 2016 with a slower pace of growth, near 2.5%. Should expectations prove true, the US would have logged a 2.2% growth pace in 2016, up slightly from the 1.9% pace in 2015. We’re expecting a 2.4% pace of growth in 2017, with consumer spending on durable goods continuing to be the main driver of economic growth for at least the next quarter, with little contribution from businesses in the form of fixed investment or large capital expenditures.

Like markets, the Fed will be analyzing the GDP data closely as it contemplates its next moves ahead of its next official monetary policy meeting on February 1st. Last week’s slew of speeches by Fed officials showed a consensus to continue rate hikes, but at the slow, shallow pace to we’ve all grown accustomed. Friday’s GDP report will validate the Fed’s approach.

Elsewhere on the economic front, data on new and existing home sales in December set for release is expected to show a slowdown, one that’s expected to carry into the first half of 2017 as higher mortgage rates weigh on buyers appetites. Data on durable goods purchases is also on tap, and is expected to continue its robust showing, driven higher by improved consumer attitudes about their incomes and the future.

Take-Away: The test of the Trump trade has begun. Now that the transition of presidential power is complete, economic data is likely to take a back seat in the weeks ahead to any new, deeper insights into the Trump administration’s initial policy moves. In response, any new international developments from China or Brexit could suddenly play a significant role in influencing financial markets and the Fed. Regardless, the Fed won’t hike at its next meeting on February 1st, but the meeting statement will be analyzed closely for clues on how the Fed views potential fiscal policy changes, how they’ll affect the economy and what the Fed will do in response. We still expect at least two, 0.25% rate hikes in 2017, the first occurring in June. 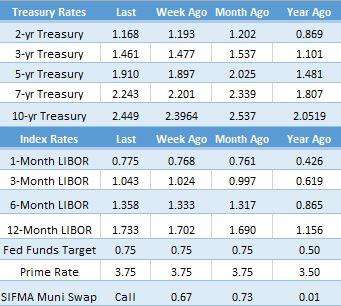 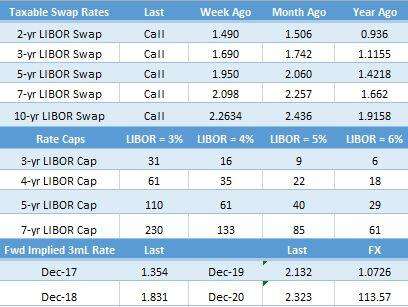 LIBOR Futures (where markets believe LIBOR will be trading in the future): 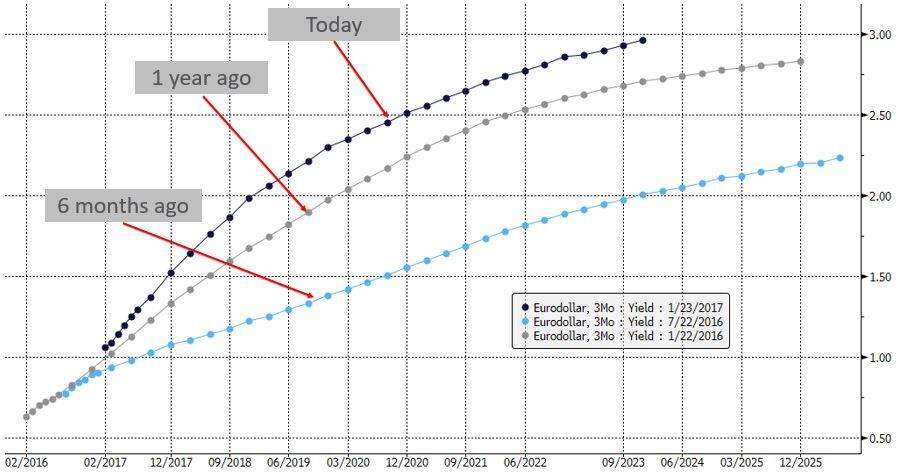