Last Week: Interest Rates were mixed and Global Equities rose modestly amid somewhat lower volatility measures. The yield on the US 10-year Treasury note held steady just below 2.20% and 1-month LIBOR rose slightly to 1.2355% from 1.2278% the week prior. Oil was little changed despite potential supply disruptions from Hurricane Harvey, the US Dollar fell and Gold traded mostly flat. Market volatility, as measured by the Chicago Board Options Exchange Volatility Index (VIX), dipped to 11.9 from 14.75 a week ago.

A ground swell of support is building for Tax Reform. Senior Trump administration officials and congressional leadership have agreed on an outline for significant reform of the US tax code. The framework includes lowering individual and corporate income tax rates while phasing out or eliminating popular deductions for things such as mortgage interest payments and state and local taxes. While markets generally greeted the news as positive, it seems that congressional leaders don’t expect to release a joint tax plan with the White House anytime soon, although we expect an increasing focus on the topic in the media and among congressional and Trump administration officials in the coming weeks.

Global recovery maintains strength. The synchronized global economic recovery that began about a year ago continues, with recent readings of global purchasing managers’ indices showing that growth is holding firm in most major economies. Europe showed a strong rise in manufacturing-sector output while in the US the service sector led the way. As a direct result, non-US sovereign debt is looking more and more attractive to investors, slowly eroding support for low yields in US Treasuries that have existed for years.

No major policy shifts announced at Fed’s Jackson Hole gathering. While the venue has produced momentous historic monetary policy moves in years past, this year was a dud, with Fed Chair Yellen failing to address near-term prospects for monetary policy and the economy, and the European Central Bank going out of its way to trample anticipation of an announcement from ECB on tapering the bank’s asset purchase program. Yellen did downplay policy maker’s concern of emerging imbalances in financial markets, paving the road for the Fed to scale back its planned trajectory of rate hikes in response to backsliding inflation.

For the jobs report, most in the market believe that another solid print in US job creation will pave the road for the Fed to formally begin its balance sheet reduction in September, and while another rate hike by year’s end looks increasingly unlikely, any large move lower in the unemployment rate or spike in wage pressures could change that view in a hurry. We’re expecting 200K in new jobs in August, slightly better than the 108K average, with no change in the current 4.3% unemployment rate.

For the other data on tap this week, we’re watching the consumer confidence release closely as individuals – not businesses – have driven economic growth over recent years, and it’s the attitudes of consumers that drive their willingness to spend. The consumer confidence gauge easily topped estimates in the last read in July, rising to the second highest level since the election. It’s also noteworthy that consumers’ assessment of both their current and future state has also improved, despite the increasing dysfunction in Washington and the seeming stall in Trump’s agenda. We expect a slight fall in consumer confidence this time around, but nothing that would alter our or the market’s view that individuals remain in the growth driver’s seat.

Take-Away: Without Congressional action, the US government won’t be able to pay its bills in early October, and markets are just now beginning to assess how yields could react to the lively debate and likely last minute raising of America’s debt ceiling. With the current divide in Congress, you’d think markets would have been assessing the risk of the possibility of America’s technical debt default well before now. As the October budget deadline looms closer and closer, we’ll likely see increased volatility and a slow grind lower in yields, specifically the 10-year Treasury, with the 2.13% area being a key support. Should we breach that level, 2.00% may not be far behind. The debt ceiling debate will be an increasing driver of yield direction as the budget deadline approaches, and the smart money is watching it closely. 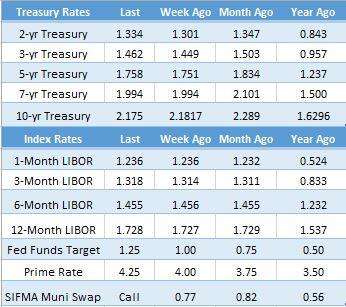 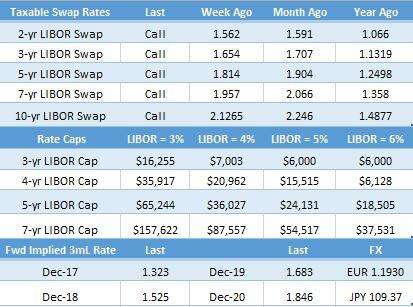 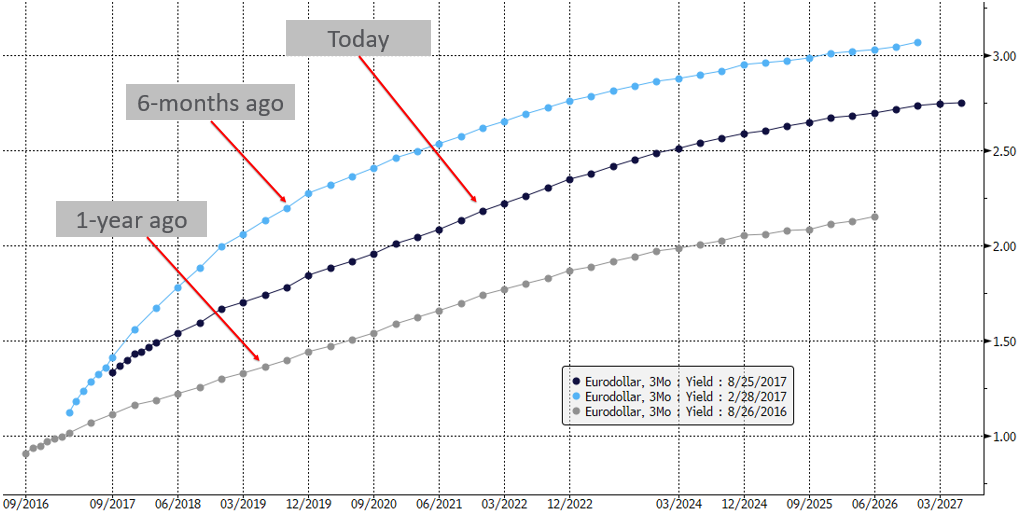