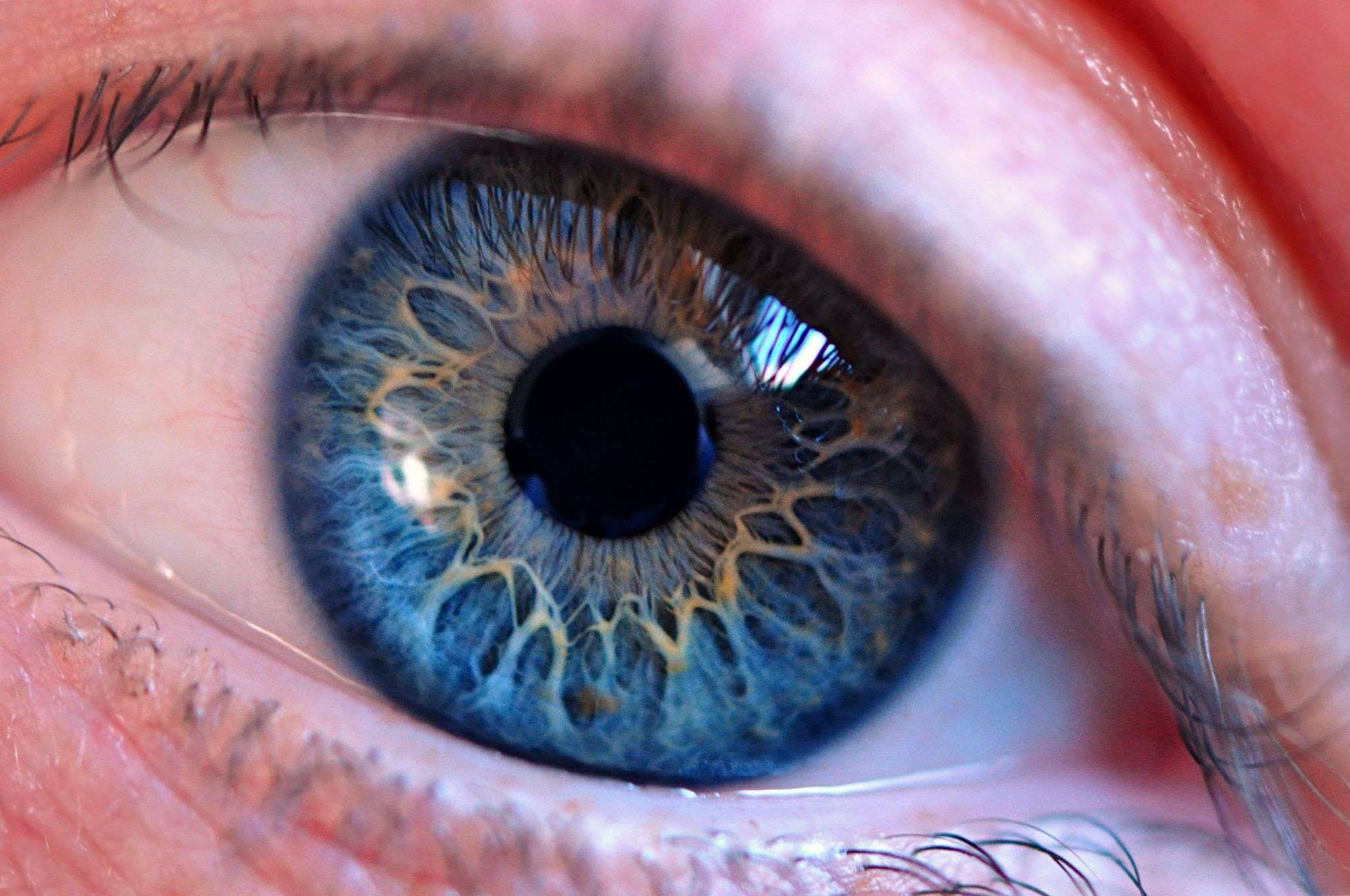 The Fed blinked. As part of its official communique and post policy-meeting press conference, the Fed went out of its way to shift to a more dovish tone, reversing course from the hawkish lean it established late last year that prompted a large sell off in equity markets.  The Fed indicated that its next move could be either a hike or a cut – a major shift from signaling further hikes in each of its policy statements for the past several years. Fed officials cited downside risks from slowing growth abroad, unresolved government policy issues and tighter financial conditions as reasons for its new patient approach to future interest rate changes. The central bank further indicated that it is likely to maintain a larger balance sheet than it had planned, with the runoff of assets projected to end early this fall at a terminal size of around $3.5 trillion, a much higher level than markets expected when the runoff began. Bottom line: The Fed has taken itself out of the interest rate equation for the foreseeable future, officially adopting a “wait-and-see” mode and pausing any further rate hikes until upcoming economic data prompts a hiking or cutting shift. The Fed acknowledged that it’s listening to Wall Street, specifically to market worries that the pace of the Fed’s balance sheet run-off is tightening financial conditions more than the Fed acknowledges. We’re sticking to our expectations of at least one hike this year, likely in September or December.

America’s job creation engine motors on. Nonfarm payrolls surged in January as the US added 304K jobs compared with expectations of a 170K rise. The jobs rise was the 100th straight month of gains. However, on the negative side, December’s extraordinary jump was revised down by 90K jobs to 222K, and November’s total was revised higher by 20K. The unemployment rate ticked higher to 4% on the back of shutdown-driven furlough of federal workers. Wage gains were disappointing at just +0.1%. Our take: The jobs report was impressive, showing not only sturdy, broad-based hiring gains, but also growing wage pressures that will establish the almighty U.S. consumer as a bulwark against negative economic risks this year, eventually pushing the Fed back into a hiking stance near year’s end.

Stage is set for real progress on US-China trade. While no breakthroughs were achieved as trade negotiators from the US and China met in Washington last week, a scheduled meeting between Chinese President Xi Jinping and US President Donald Trump in late February has raised the stakes. While trade war will continue to serve as a speed bump to U.S. growth prospects, we’re confident most of the issue will ultimately be resolved by year end due to the Trump Administration’s desire to show real progress ahead of the 2020 elections. However, U.S. demands regarding China’s exporting and investing in certain sensitive technologies will linger well into 2020.

What to Watch this Week: The days ahead are dominated by scheduled speeches from Fed officials but are sparce on new economic data. As is usual after Fed policy meetings, the official speeches will serve to hammer home the Fed’s “patient” and “wait-and-see” message to markets and will do little to move markets.

On the data front, the event to watch is Tuesday’s release of non-manufacturing data for January. Following the upside surprise from its factory-sector counterpart last week – which showed that America’s factories remain strong despite slowing global growth and tighter financial conditions – markets are on high alert for further signs of economic vigor in the service sector at the start of the year.

Take-Away: After the Fed’s dovish shift last week, there are now two opposing camps firmly established in financial markets: 1) those that now believe the Fed’s next move is to cut interest rates, claiming slowing global growth and tame inflation prove there’s no need to hike, and 2) our favorite, those who believe we’ll see at least one rate hike by the end of the year, believing continued strength in economic data will eventually push the Fed to a hiking stance by year end.

It’s simply premature to discount the possibility of additional tightening for all of 2019, as the US consumer – who accounts for 70% of all US economic activity – remains in good shape, supported by robust job creation and wages that continue their slow drift higher. As such, continued strength in consumer-focused data (e.g. retail sales and personal income) will allow the Fed to let the data do the talking, drawing markets to the eventual conclusion – near year end – that additional hikes are warranted. The Fed will follow, not lead, this reshaping of expectations. 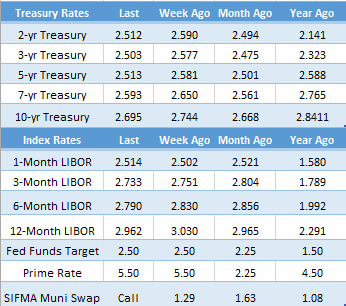 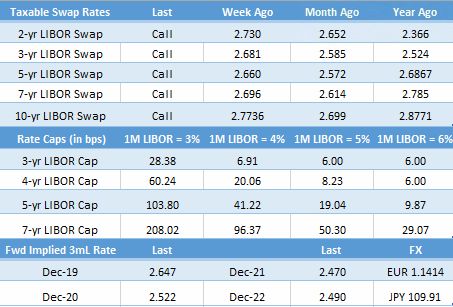 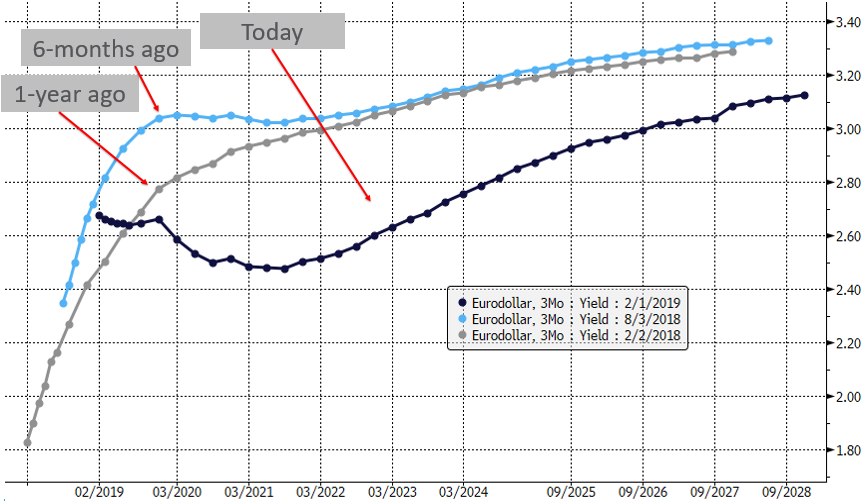 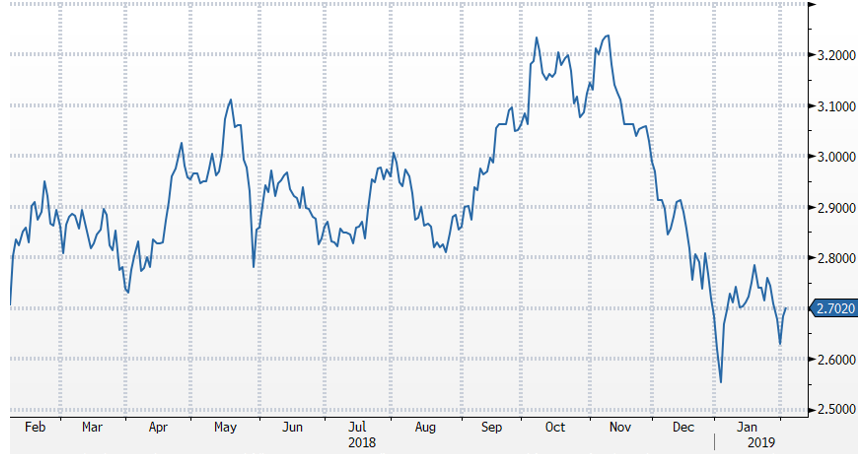 Fed to Let the Data Do the Talking
Scroll to top