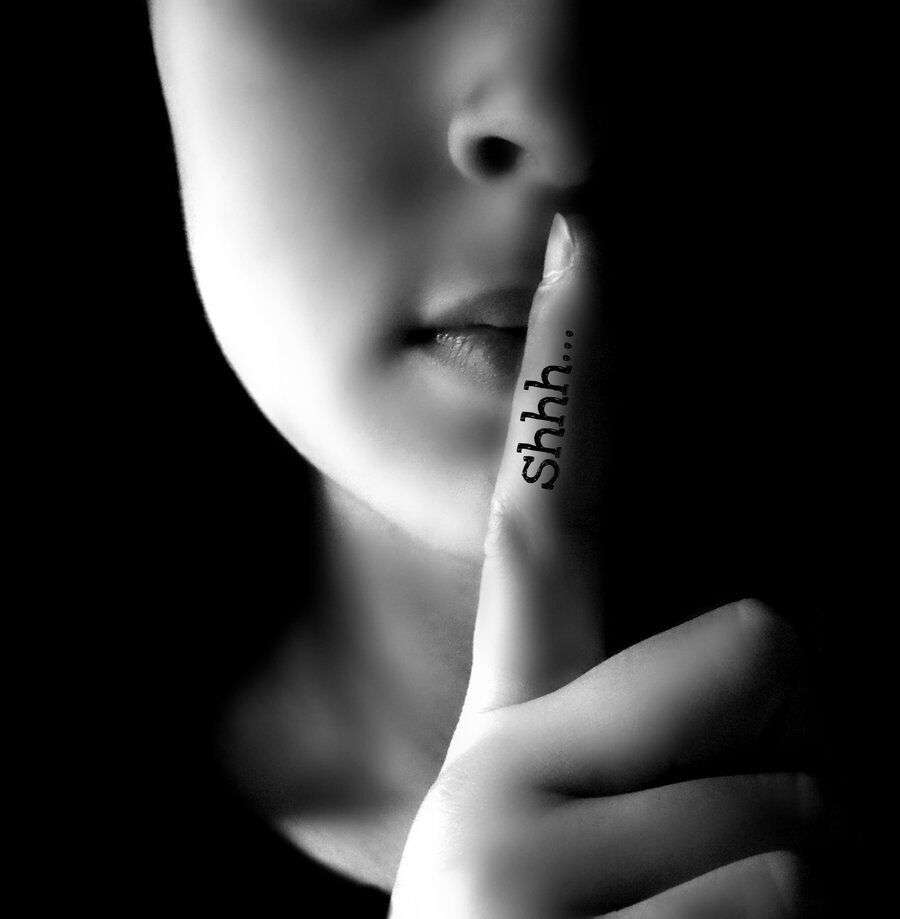 Last Week: Interest rates fell, and global equities declined amid fresh evidence of slowing global growth and fading optimism that the US and China will reach a comprehensive trade agreement by the self-imposed March 1st deadline. The yield on the US 10-year Treasury note declined 2 basis points to 2.64% as 1-month LIBOR also fell to 2.5041% from 2.5131% this time last week. Crude oil fell $3 to $52.65 over the week as the US Dollar and Gold strengthened. Treasury yield volatility fell to 3.64 from 3.73 this time last week.

The Good: Treasury yields are back where they were before the announcement of the Fed’s new “patient” mantra. Rates caps are back on sale. US Q4 EPS to show 5th-straight quarter of double-digit growth. Federal Reserve Chair Jerome Powell finished his 1st year on the job, with no obvious blow ups. Same store sales rose 5.7% w/o/w, not far from previous 5.8% rise. Jobless claims fell by 19k w/o/w, from 253k to 234k. America’s international trade deficit moved from -55.7B to -49.3B in November.

The Bad: S&P 500 earnings outlook falls; Q1 decline would be first since Q2 2016. Markets fell for the first week this year, on all the same issues: tariffs, trade wars, and the government shutdown. Factory orders fell 0.6% m/o/m, missing the expected 0.2% rise. MBA mortgage apps fell a seasonally adj. 5.0% w/o/w, down from previous 2.0% decline. Crude oil inventories rose 1.3M barrels w/o/w, 6.4% higher than one year ago. ISM non-mfg index came in at 56.7 for January, below the expected 57.1.

Optimism over a near term US-China trade deal is fading fast. Interest rates have been stuck in tight ranges and equities have been boosted of late by hopes that the US and China will reach at least a partial deal to end their standoff on trade. Those hopes faded a bit late in the week on word that President Trump and Chinese President Xi won’t meet when Trump is in Asia later this month to meet with North Korea’s Kim Jong Un. It is thought that the leaders will only meet if a deal is close to being finalized. Nonetheless, mid-level talks will continue in Beijing this week to stave off blowing the self-imposed March 1st deadline, when a triggering of US tariff rates from 10% to 25% will occur. The Federal Reserve’s shift toward a more dovish stance and hopes for a trade deal between the US and China have delivered a one-two punch to keep interest rates in well-defined ranges since the beginning of the year. With optimism on the trade front fading, the probability for rates breaking lower has increased.

The trade spat isn’t all about the US and China. Fears are growing that the US and the European Union will reach a trade impasse on autos, a major European export to the US, since the EU refuses to negotiate the opening of its agricultural market to US exporters. On Friday, the US Department of Commerce is expected to deliver a report on the national security implications of US auto imports. The president would then have 90 days in which to take action. While the US-China and EU trade skirmishes will continue to serve as speed bumps to U.S. growth prospects, we’re confident most of the issues will ultimately be resolved by year end due to the Trump Administration’s desire to show real progress ahead of the 2020 elections. However, U.S. demands in regard to the export of and China’s investment into certain sensitive technologies will linger well into 2020.

More signs of slowing global growth. Eurozone policymakers now expect economic growth to slow to a 1.3% annual rate in 2019, down from their most recent forecast of 1.9%. Slowing demand from China is receiving the bulk of the blame for the deceleration in growth. In the UK, uncertainty over Brexit is the culprit, according to Bank of England Governor Mark Carney. The governor warned that the risks of a no-deal Brexit have increased and that if that scenario unfolds, the United Kingdom’s economy is likely to fall into recession. The BOE cut its 2019 growth forecast to 1.2% from an earlier 1.7% outlook.

Fed Chair Powell painted a positive picture for America’s economy – again. In a public speech, the Fed Chair reiterated that the economy remains in a good place and has proved resilient to shocks such as Brexit, citing low unemployment and inflation that is close to the Fed’s 2% target. Earlier in the week, Chair Powell joined President Trump for dinner at the White House, where they discussed recent economic developments and the outlook for growth, employment and inflation. The Fed issued a press release after the dinner saying that Powell’s comments at the dinner were consistent with his remarks at his press conference last week (thank god).

What to Watch This Week: Two themes will dominate the week’s planned data releases and events: 1) The degree to which the economy is responding negatively to the financial-market turbulence seen late last year, and 2) The first real look at inflation this year via several key data releases, specifically Wednesday’s consumer prices, Thursday’s producer prices and Friday’s import prices, Empire Manufacturing Survey and consumer sentiment data. The data will help shape the outlook for inflation for the next couple of quarters and will play a fundamental role in determining if and when the Fed could hike interest rates again. Rounding out the week will be several scheduled speeches by Fed officials, which are expected to be non-market moving and to hammer home the Fed’s on-hold-for-now message.

We doubt that US growth and hiring were materially impacted from the market tumult late last year, however we do expect a repeat of Q1 GDP weakness as was seen in the last several years. On the inflation front, we expect inflation to move gradually higher in 2019, prompting the Fed to resume its path of 0.25% rate hikes in mid to late H2.

Take-Away: After the Fed’s dovish shift a couple of weeks back, there are now two opposing camps firmly established in financial markets: 1) those that now believe the Fed’s next move is to cut interest rates, claiming slowing global growth and tame inflation prove there’s no need to hike, and 2) our favorite, those who believe we’ll see at least one rate hike by the end of the year, believing continued strength in economic data will eventually push the Fed to a hiking stance by year end.

We believe the likelihood for hikes is much higher than for the Fed to cut rates. So, you  may be thinking, what will it take for the Fed to hike? In simple terms, consecutive upticks in inflationary and growth trends. While US growth is solid, this week’s inflation-related data will do a lot to firm up the inflation outlook and shape hike expectations.

What would it take for the Fed to cut? As the Fed showed us recently, they respond to equity market volatility (whether they’ll admit it or not), and we’d need to see more of it for the Fed to think about cutting. Sans an equity market storm, the Fed could still entertain cutting if met with consistent signs of a much slower economic outlook, marked by much weaker hard data like GDP and job creation. We’d expect a long parade of dovish statements before the Fed were to actually cut rates, however.

For now, the Fed will let the economic data do the walking, talking and heavy lifting needed to get markets to believe it’s back on a hiking path. Above-trend growth, tightening labor conditions and firming consumer inflation will ultimately get it there. 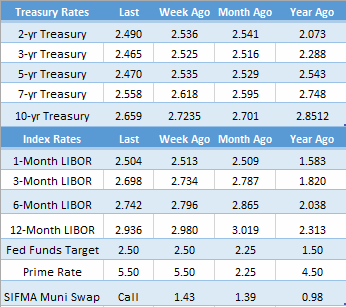 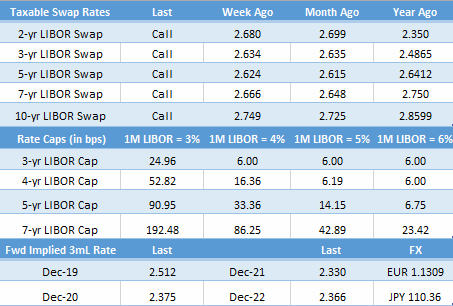 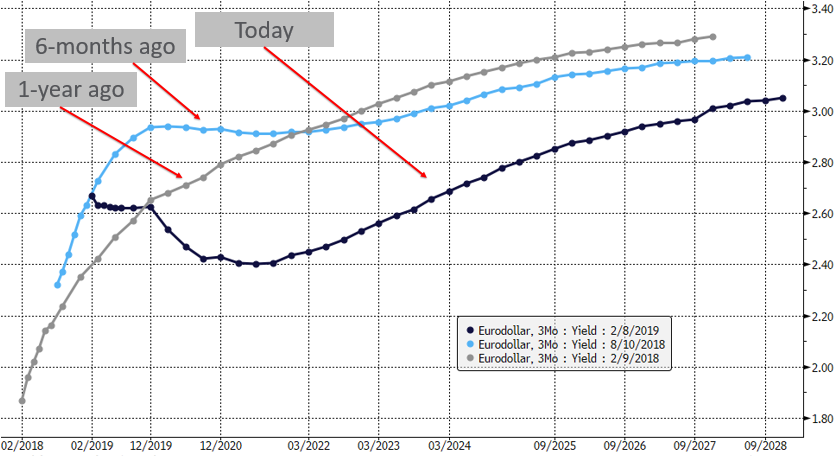