Last Week: Interest rates rose markedly and equities nudged slightly higher as tensions continued to escalate between North Korea and the rest of the world. The yield on the US 10-year Treasury note jumped to 2.20% from 2.06% the week prior as recovery from Hurricanes Harvey and IRMA continued. 1-month LIBOR rose slightly to 1.2372% from 1.2361% a week ago, as Oil rose , the US Dollar traded flat and Gold fell. Market volatility, measured by the Chicago Board Options Exchange Volatility Index (VIX) declined to 10.32 from 12.34.

US consumer prices increased in August. In response to the surge in gasoline and housing rental prices, the US Consumer Price Index jumped 0.4% in August, up from 0.1% in July, and increased 1.9% year on year compared with July’s 1.7%. Gasoline prices increased 6.3% and are expected to rise further in September as a result of the temporary closure of refineries in the wake of Hurricane Harvey. The move was seen as a welcome glimmer of hope by some that inflation may indeed be rising, We’ll see – one month’s report does not make a trend.

US household income is on the rise. After a long period of stagnant income growth following the 2008 financial crisis, US median household income sustained strong growth for the second consecutive year, rising to 59,039, a 3.2% more than a year earlier, after adjusting for inflation. Income rose across all ages, ethnicities and geographical areas. Simultaneously, poverty levels fell to 12.7%, the lowest level since 2007. Rising incomes are the driving force behind increased confidence and spending by consumers, all necessary ingredients for any sustained, consecutive spate of Fed rate hikes.

August retail sales miss their mark while manufacturing beat expectations. Headline August retail sales were down 0.2% month over month, below consensus expectations of a 0.2% rise and worse than July’s downwardly revised 0.3% increase. Electronics and appliance stores, building materials and clothing accessories all recorded month-over-month declines. On a brighter note, the Empire manufacturing index for September beat expectations, coming in at 24.4 versus the 18.0 expected. In addition, labor market indicators pointed to a modest increase in employment and hours worked, and both input and selling prices rose at a faster pace than last month. The diverging retail sales and manufacturing data clearly show that mixed economic picture continues, justifying the Fed’s cautiousness in hiking rates again anytime soon.

Repairing damage from US hurricanes expected seen to cost billions of dollars. In a preliminary analysis, Moody Analytics estimates that damage caused by hurricanes Irma and Harvey could cost between $150 billion and $200 billion to repair. The economy could suffer an additional $20 billion to $30 billion in lost economic output from the two storms. As a result, Moody’s expects US GDP to decline a half point to 2.5% for the third quarter but added that it expects fourth-quarter GDP to rally, depending on rebuilding efforts.

What to Watch This Week: The great Fed unwind begins. All eyes are on this Wednesday’s conclusion to the Fed’s FOMC meeting where, nearly nine years after it first launched Quantitative Easing (QE), Yellen & Co. is expected to announce the formal October 1st start of unwinding its massive $4.5 trillion balance sheet. No major central bank has attempted such a feat – particularly on such a large scale – thus the Fed will be very much learning as it goes despite its best efforts to act gradually and in a well-telegraphed fashion.  As the balance sheet runoff proceeds, Fed officials will watch financial markets intently for any sign of unintended consequences of its actions. Given the uniqueness of the event, it goes without saying that the Fed won’t hike at this week’s meeting.

In addition to formal announcing its balance sheet unwind, the Fed will also revise and extend its economic projections through 2020, as well potentially comment on Yellen’s intentions for a second term.

Take-Away: Recent economic data perpetuate the view that America’s economy remains mired in sluggish growth and low inflation. With a limited interest rate buffer as an offset, be assured that the Fed will be even more cautious than usual about hiking rates to accommodate the uncertainty of how markets will ultimately respond to its balance sheet unwind.

However, while the official exit from QE is a significant occasion, the Fed has already communicated extensively about its long-prepared plan for a market calming, gradual and predictable runoff. As such, markets will increasingly focus on the outlook for future rate hikes. The key question is whether the Fed’s projected path for future hikes declines meaningfully following the surprising backslide in inflation since the start of the year. We believe that the Fed’s untested balance sheet unwind is a policy tightening of sorts. Therefore, in order to provide a buffer to an unforeseen negative consequence of the unwind, the Fed will opt for a slower, less frequent path of rate hikes, and unless inflation gauges take a turn notably higher in the near term, we won’t see another hike until early next year at soonest. 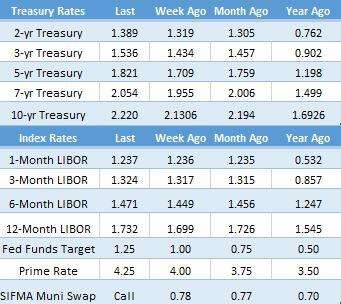 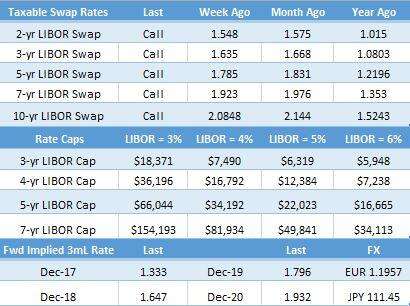 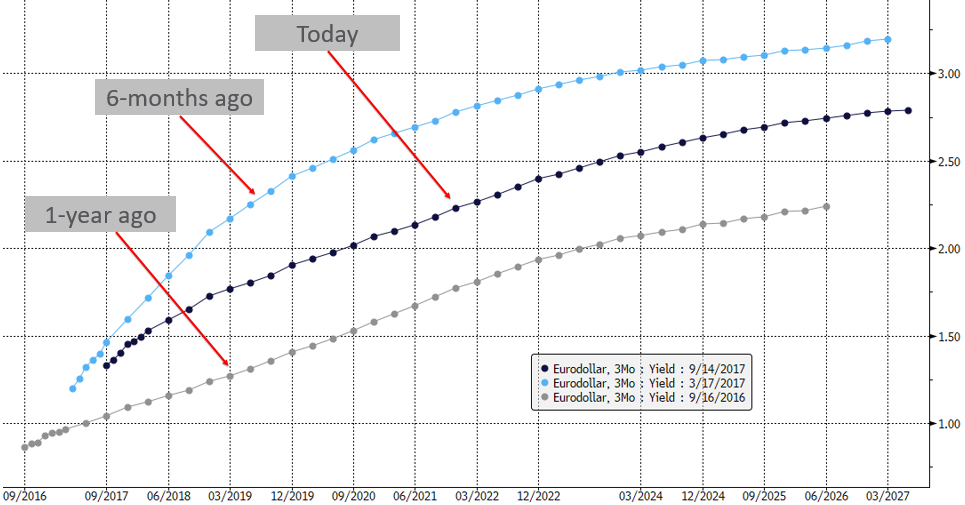 December Hike Back on the Table
Scroll to top