Last Week: Interest rates rose, and equities declined as inflation fears intensified. Upbeat purchasing managers’ indices and record-low jobless claims, combined with the recent solid uptick in US wage inflation, cemented fears that higher interest rates are indeed here to stay and are likely to rise even further. Yields on US 10-year Treasuries rose to 2.85%, up from 2.706% the week prior. 1-month LIBOR followed suit, rising to 1.5832%, up from 1.5800% over the same period. Oil fell, the US Dollar strengthened, and Gold weakened. Treasury yield volatility rose for the third straight week, rising to 5.78 from 5.08 this time last week.

Equity prices and bond yields continued their tug-of-war for dominance. What began just over a week ago as a reaction to an uptick in wage pressures morphed into a volatility-driven selloff in US equities and a surge in interest rates across the spectrum of maturities. The 2, 5 and 10-year Treasury yields have since steadied despite a continued slide in equities, suggesting that the uptick in volatility is largely an equity-related phenomenon.

Continued signs of synchronous global growth solidified inflation and rate hike expectations. Looking for a cause to all the market volatility of late? Look no further than the global economy. Global economic growth hit a 40-month high in January. Manufacturing held near a seven-year high while the service sector improved at its fastest rate in three months. Forward-looking business indicators like new orders and order backlog continue to rise globally, suggesting that the positive economic momentum should extend for a while yet. With the US, Eurozone and Japanese economies all operating at above-trend levels, markets have come to the realization that inflation could soon be revived, necessitating more rate hikes by both the Fed and other major central banks. Higher rates mean an end to the Fed’s cheap money policies that have been the primary fuel for the nearly decade-long ascent of US equity markets and ultra-low interest rates.

Powell sworn in as Fed chair. Jerome Powell received a rude welcome by equity markets, which sold off sharply on his first official day in office as Fed Chair, replacing Janet Yellen. His first rate-setting meeting is scheduled for March 21, when the committee is currently expected to hike rates by 25 basis points, to 1.50–1.75%.

US Congress agrees to budget pact. The US House and Senate each finally passed a two-year budget agreement that was signed by President Donald Trump last Friday. The deal will appropriate close to an additional $300 billion for military and domestic spending over two years, along with $90 billion for disaster relief. Rapid increases in government spending and deficits have been a contributing factor to the recent backup in US Treasury yields. Think Congress’ budget negotiations are bore? We do too but ignore them at your peril.

What to Watch This Week: The markets fascination with inflation and its implications for higher interest rates continues this week with a full economic calendar of data releases. The spotlight will be on two main pieces of data in the days ahead: Wednesday’s release of the Fed’s favorite inflation gauge – the Consumer Price Index (CPI) – for January, and the inflation expectations in the consumer sentiment report, released on Friday.  Much of the remaining data, including retail sales, industrial production, regional PMI surveys and housing starts, will provide preliminary indications on how Q1 GDP growth is shaping up.

Given the recent market tumult, this week’s inflation data will be more scrutinized than it has in years. Markets fear a higher CPI print, as it would validate the narrative that the inflation boogeyman is around the corner and the Fed will hike faster than expected to moderate economic growth as a result. The dynamic is nothing new; there were repeated, but ultimately failed calls for inflation to show up through most of last year.

We doubt they’ll be a notable uptick in inflation this time around, as there’s still a missing ingredient in the inflation recipe: rising wages. While news of volatile markets makes great headlines, and higher inflation is indeed coming, markets are exaggerating both the timing of its appearance and its magnitude when it does finally show up. Given our belief that inflation trends respond to changing economic trends with a major lag, faster economic growth in late 2017 and early 2018 won’t translate into substantially higher inflation until late this year or early next. As we’ve said before, until we see a sequential pick up in wages, inflation will remain ephemeral.

Take-Away: So, what’s it mean for interest rates? One thing is certain: the days of interest rates bubbling near multi-decade lows and artificially low cost of capital are over. The bigger question now is whether the Fed ‘s March 0.25% hike is now on hold, given that the recent surge in interest rates has already accomplished the Fed’s hiking task. The scenario will be much clearer this time next week. For now, the move in rates is looking overdone; we expect yields to settle in about where they are now, or even slightly lower in the days ahead. 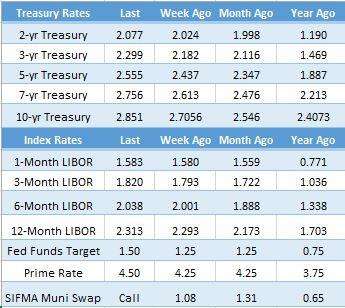 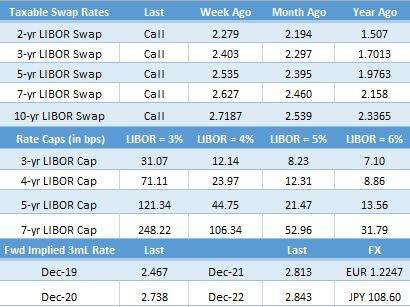 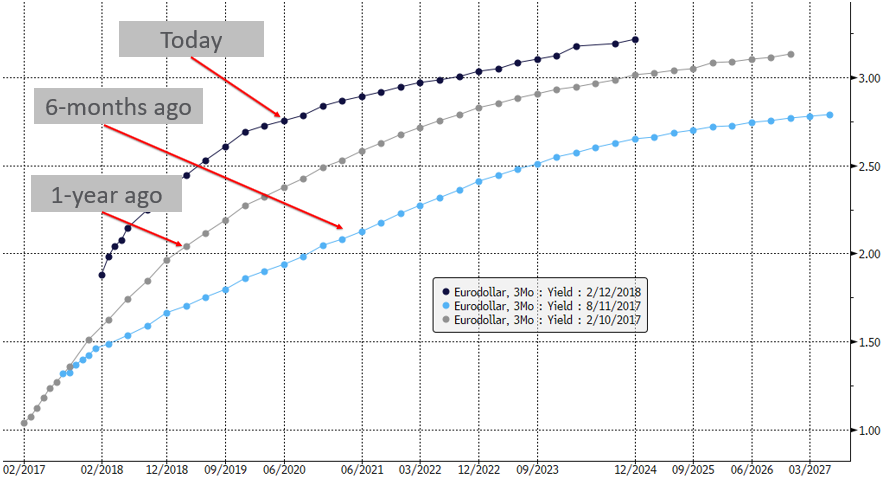 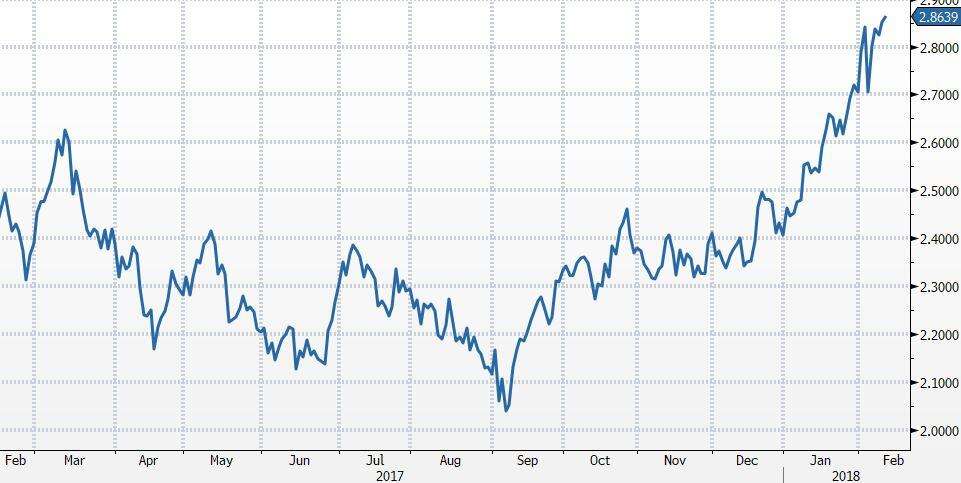 Click here for more DL Reports
Higher Rates Have Arrived. Does it Hurt Yet?

Your Guide to Choosing a Rate Cap Broker
Scroll to top