Last Week: Interest rates diverged and global equities saw little net change amid a sharp spike in market volatility midweek as political chaos intensified in Washington. The yield on the 10-year US Treasury note fell to 2.25% from 2.34% a week earlier while 1-month LIBOR spiked higher to 1.02% versus 1.00% the week prior. Oil rose to $50.30 a barrel from $47.50 last week, the US dollar fell as Gold strengthened. Volatility, as measured by the Chicago Board Options Exchange Volatility Index (VIX), jumped as high as 15.50 at midweek before slipping to 11.90 on Friday, notably higher than 10.80 the week prior.

Trump visits allies as pressure builds at home. President Trump embarked on his first overseas trip as president to Saudi Arabia, Israel the Vatican Sicily and eventually the G7 Summit, leaving behind a swirl of controversy in Washington. The US Department of Justice appointed former FBI director Robert Mueller as special counsel to investigate Russia’s intervention in the 2016 presidential election as well as any improper contact between Russian agents and the Trump campaign. Revelations that Trump disclosed extremely sensitive intelligence to the Russian foreign minister and ambassador during an Oval Office visit last week added to the firestorm.

Japan’s growth picks up steam. Japan’s economy grew 2.2% in the first quarter of the year, its fifth straight quarter of growth, the longest string of gains in over a decade. Exports and domestic demand were both solid. Why should you care? Japanese treasuries have long been a safe-haven of global investors seeking solace amid global tensions. The positive Japanese news make Japanese treasuries an even more appealing safe harbor and could put upward pressure on US Treasury yields in the short term.

This Week: The release of minutes from the Fed’s last policy meeting and the content of a packed calendar of speeches by Fed officials will be the main focus this week. Markets fully expect the Fed to hike rates by 0.25% on June 14th despite Trump’s political turmoil, assured by multiple data points that confirm US economic growth is rebounding from a tepid Q1.

Aside from details on the Fed’s current economic outlook, markets will scour the Fed meeting minutes for clarification of the Fed’s plans to reduce its massive, post-crises balance sheet, where a long list of stimulative programs were adopted to help spur economic growth and ballooned the Fed’s assets to $4.5 trillion from less than $1 trillion a decade ago.

Why should you care? Since 2013, the Fed has become one of the largest traders of fixed income investments and any significant change in its actions could slow its planned pace of rate hikes, disrupting markets and the economy which has only just recently shown signs of consistent growth. Of course, the Fed won’t harm the economy intentionally, but it can’t control how financial markets react to any announced change of its stimulative policies. Don’t believe it? Remember the “taper tantrum” in 2013 when US Treasury yields spiked from 1.62% to 2.60% in just two months? It could happen again.

Take-Away: Yes, the Fed will hike next month despite the political turmoil. Even so, a June hike doesn’t necessarily translate into more hikes later in the year. Why? Trump’s much-touted fiscal agenda is now surely significantly delayed if not derailed, and America’s current growth trajectory is suddenly at risk.  Should this dynamic continue or drag on, which looks likely, then the Fed could adopt an even more gradual approach to normalizing interest rates, delaying any additional hikes to late this year or early next as hopes for faster growth and building inflation pressures dissipate. 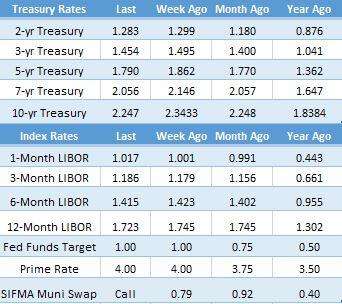 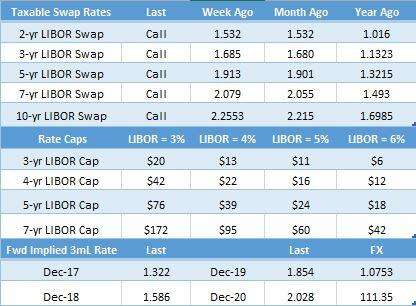