Last Week: Interest rates and equities both traded higher on the week, benefiting from a decline in volatility and easing fears of faster rate hikes from the Fed. Yields on 10-year US Treasury notes rose 3 basis points on the week to 2.90%, while 1-month LIBOR continued its steady move higher to 1.7503% from 1.7017% the week prior. Oil was little changed, the US Dollar weakened, and Gold strengthened slightly. Treasury market volatility, as measured by the Chicago Board Options Exchange 10-year Treasury Volatility Index (TYVIX), fell to 4.30 from 4.72 at this time last week.

America’s jobs creation engine is humming, but where is the wage growth? Non-farm payrolls rose a much stronger than expected 313,000 in February while the prior two months data were revised higher by an additional 54,000 jobs. Average hourly earnings (aka wages) slipped back to 2.6% year over year, down from last month’s 2.9% growth rate. January’s wage jump helped amplify the surge in interest rate volatility seen in early February, and fanned fears of earlier and larger Fed hikes. The unemployment rate held steady at 4.1%. The lack of gains in workers’ wages dampened speculation that inflation is on the rise and took the fire out of recent fears the Fed will hike sooner and more than previously thought.

Trade tensions rise amid US tariffs. President Trump imposed a 25% tariff on steel imports and a 10% tariff on imports of aluminum into the US. Exempt from the tariffs, at least temporarily, are Canada and Mexico, the largest exporters of steel and aluminum to the US. The exemption will be lifted, Trump said, if those countries fail to renegotiate the North American Free Trade Agreement. Officials from around the world have vowed to retaliate. Markets hate uncertainty, especially when its created by political officials.. Trump’s trade tariffs make markets especially jittery, due to their large and uncertain negative effects on the US economy. Whether the tariff issue is a temporary blip or a prolonged and real issue, rest assured that interest rates will be affected and perhaps markedly so. Ignore the tariff debate at your peril.

The European Central Bank (ECB) takes tentative step toward the exit. The ECB dropped its pledge to increase asset purchases if the economy suffers a downturn. Bank president Mario Draghi played down the shift, saying it was essentially a backward-looking decision. ECB economists raised their 2018 economic growth outlook, projecting gross domestic product in the eurozone will grow 2.4%, compared with an earlier 2.3% forecast. However, they downgraded their inflation forecast to 1.4% from 1.5% earlier, well-short of the ECB’s target near 2%. In related news, The Bank of Japan kept interest rates unchanged, with governor Haruhiko Kuroda saying now is not the time to discuss details of an exit strategy. As Europe and Japan continue their slow but steady economic recovery and ensuing exit away from ultra-low interest rate policies, momentum for higher US rates will build as global investors reconsider the appeal of European and Japanese Treasuries as an investment alternative to US Treasuries.

What to Watch This Week: Last week’s jobs report confirmed that hiring is accelerating in response to stronger economic growth, and that consumer’s wages are improving in a slow and controlled fashion, easing fears, at least for the moment, that the Fed won’t need to quicken the timing nor increase the degree of its planned three rate hikes this year. Markets will get another chance to reassess the Fed hike scenario this week with Tuesday’s release of the Fed’s favorite inflation gauge, the Consumer Price Index (CPI).

Other important data will gauge activity on the almighty US consumer and the industrial sector via retail sales and industrial production data, which likely strengthened considerably in February following a distorted measure of activity in January due to inclement weather.

Take-Away: Last week’s jobs report established a near perfect scenario for the US economy: robust job creation without signs of inflation pressures in the form of increasing wages, implying that the Fed will stick to its planned three hikes this year versus speculation of four.  Strong CPI figures this week could put a fly in the chardonnay however, and reignite speculation that the Fed will ramp up their rate forecasts. While its fun to speculate on the three vs. four rate hike debate, we expect that CPI rose at a 2.2% annual pace last month, the fastest since November, but doubt that it will rise much more anytime soon. In comparison, the 10-year “break-even rate”, a proxy for the annual inflation rate the market expects for the next decade, is only 2.1%.

Looking back, markets were wrong to anticipate faster inflation for most of 2017. With the three vs. four rate hike debate raging, it seems inflation fears look to continue through 2018. As we’ve said many times before, until consumer’s wages pick up meaningfully, inflation pressures will remain subdued, and the Fed’s need to increase the timing and pace of its planned rate hikes will remain illusory.

In the big picture, none of this week’s events will alter the widely-held view that the Fed will raise rates by 0.25% at its March 21 meeting next week. Despite the strong jobs report, the tame trend in wages will encourage the Fed to hold fast to its planned three hikes this year, at least for the time being, while it figures out the longer-term effects of tax-reform and infrastructure investment on the economy. 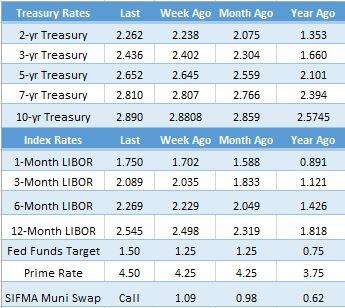 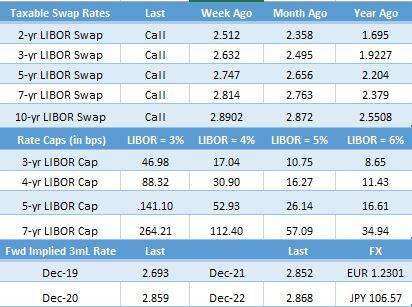 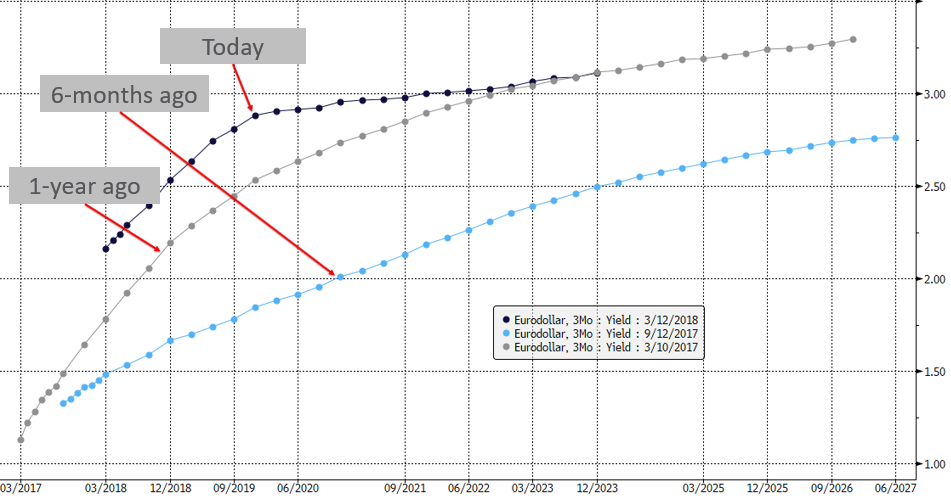 Rates are on the Rise: What Smart Borrowers are Doing Now
Scroll to top