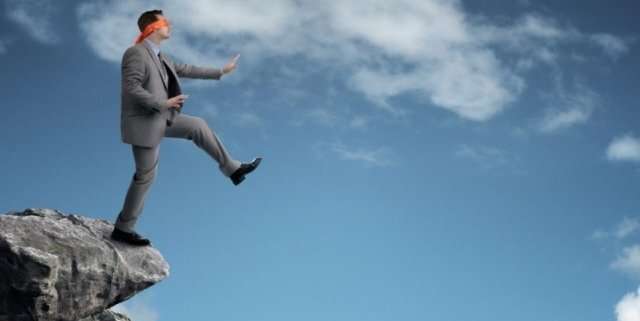 Last Week: Interest rates were mixed, and equities rallied after negotiators reported that the US and China are making steady progress toward phase-one of a trade agreement. The yield on the US 10-year Treasury note rocketed 23 basis points to 1.94%, a three-month high, while 1-month LIBOR fell two basis points to 1.75%, and the US Treasury yield curve steepened further. The move in US treasuries was joined by other nations’ sovereign debt as well: Germany’s 10-year surged to levels unseen since mid-July and those in France and Belgium climbed above 0%. The Japanese equivalent jumped Friday to its highest yield since May. Crude oil was little changed at $56.25, as the US Dollar strengthened, and Gold weakened. Treasury yield volatility increased to 4.94, up from a 4.20 low this time last week.

Hope blooms for an early-December US-China trade deal. While details have yet to finalized, seeming progress toward a phase-one trade agreement drove the long-end of the Treasury yield curve higher. The secret sauce for each side is the potential rollback of some existing tariffs, although neither side has given absolute confirmation of such. Should the agreement come to pass, it would likely be signed by President Trump and Xi Jinping on the sidelines of a NATO summit in London in early December. Any real progress on the US-China trade front will boost equities and lend support to Treasury yields, no doubt. However, without any verification that a “phase-one” trade deal is indeed upon us, most of the impact on interest rates has already occurred. Is a 10-year Treasury yield in the 1.90s here to stay? We doubt it, as a single tweet from President Trump could drive yields right back to the 1.70s. In the meantime, fixed income markets will be lapping up any and all trade crumbs for direction.

Fading recession fears switched markets to risk-on mode. Building on last Friday’s strong US jobs report, several signals that pointed to a looming global slowdown are starting to abate. A rebound in the ISM non-manufacturing purchasing managers’ index – a measure of the strength of the services side of America’s economy – was a welcome sign. In Europe, tentative signs of stabilization were seen in the manufacturing PMI, which edged up to 45.9 from 45.7. The services sector rebounded more strongly, to 52.2 from 51.6. Also, German factory orders rose for the first time in three months while eurozone September retail sales rose 3.1% year over year. While encouraging, the trend in America’s services sector has been consistently softer throughout 2019, suggesting some further downward pressure on the consumer-income backdrop heading into the turn of the year. With the almighty US consumer now serving as the backbone of the economy, any dip in consumer incomes equates to a bumpy economic road through the new year.

Low unemployment, record stock prices and Fed cuts brightened the outlook for consumers. U.S. consumer sentiment improved for a third-straight month in November as Americans grew more upbeat about their financial situation and the economic outlook, fresh signs they’ll continue to fuel growth. Any cooling in US-China trade tensions will provide an even brighter backdrop. All told, much of last week’s data and the ensuing shift in market sentiment point to a Q4 of slower, but still solid, US economic growth. Like we’ve been saying for weeks now, the US will avoid a recession but settle into a slower pace, driven by a slowdown in consumer spending. Interest rates will also settle into ranges as we approach year end, not far above their current levels. In the meantime, we’ll be watching for signs of continued cooling in income growth, higher savings rates and softness in consumer confidence to gauge the degree and persistence of a soft streak in consumer spending and hence the degree to which the US economy will slow.

What to Watch: The key economic data releases this week are the consumer price index report on Wednesday and retail sales report on Friday. Most importantly, several scheduled speaking engagements from Fed officials, including Chair Powell on Wednesday and Thursday, will serve to clarify the Fed’s stance on future rate cuts through year end in light of the recent positive shift in the tone of US-China trade talks and positive economic data. Chair Powell’s speech in particular will allow him to fine tune (or reinforce) the market’s expectation that the Fed is indeed on hold for now. At present, markets are assigning a scant probability of just 9% to any additional Fed cut this year.

For the retail sales data, given that the consumer is the engine of economic growth, the data is a key-gauge of consumer activity. Given recent signals of decelerating employment income, we expect that household demand has/will slow, especially given the proximity to the beginning of the holiday spending season. The data won’t have any impact on rates this week.

Take-Away: The thawing of US-China trade tensions has lightened the global economic gloom, and sapped demand for the safety of US Treasuries and sovereign debt in general. Last week’s move higher in yields, which, combined with the Fed’s signal that it will hold interest rates steady for the time being, has steepened the US Treasury yield curve by degrees not seen since late 2016. In Europe, accommodative policy is bolstering inflation prospects, sparking a similar dynamic.

In our experience, Treasury yields tend to stay in ranges for several months, particularly after making large moves. If history is any guide, the current dynamic adds fuel to the 10-year Treasury yield moving higher, but only slightly so. The current range of 1.5-1.9% for the 10-year yield has been in place for two months now, we doubt it will rise above a 2.00% handle before 2020. 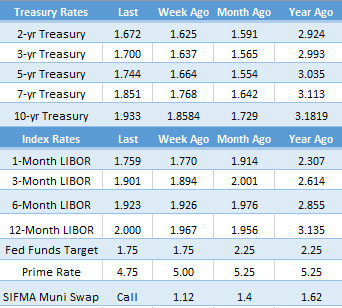 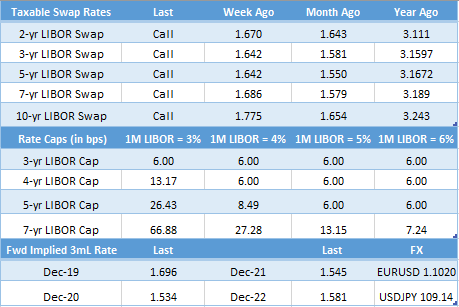 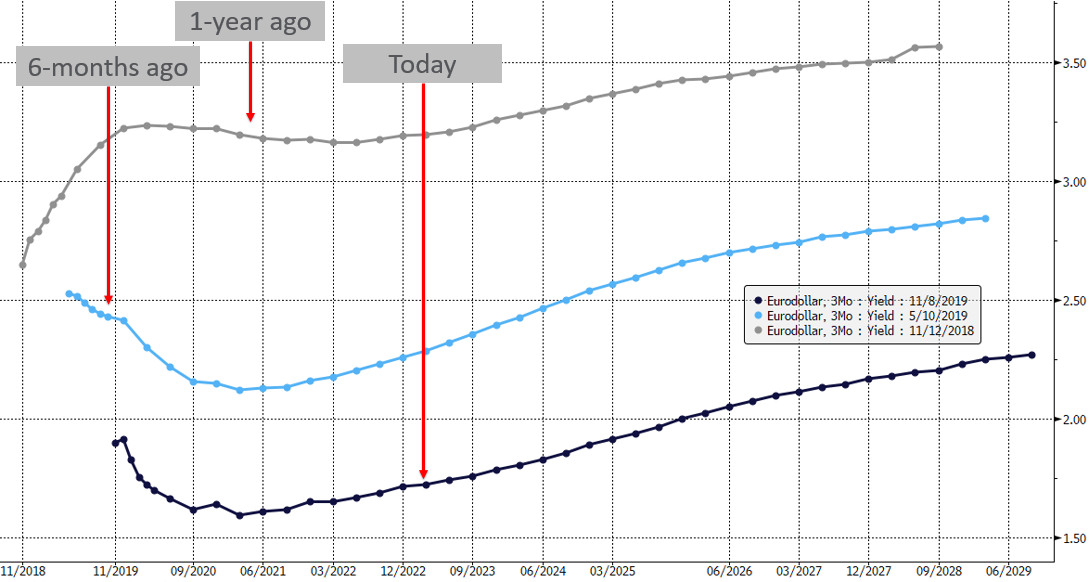 Click here for more DL Reports
Fed on Hold? Not so Fast.