Last Week: Interest rates logged new highs and equities rebounded amid an uptick in inflation. Stabilizing equities – the S&P 500 Index had its best five-day run since 2011 through Thursday’s close – and firm inflation data translated into 10-year Treasury yields reaching their highest level since 2014. Rates peaked at 2.94% before easing to 2.87% late Friday morning, up from 2.85% this time a week ago. 1-month LIBOR rapidly approached 1.60%, trading to 1.5937% from 1.58754% a week ago. Strong global growth and increased inflation jitters have spurred the advance in yields. Oil recouped some of last week’s losses to trade at $61, the US dollar continued its weakening trend while Gold strengthened. Volatility, as measured by the Chicago Board Options Exchange Treasury Volatility Index (TYVIX), subsided to 4.56, after brushing 6.00 in recent weeks.

It seems inflation has finally arrived – for now. After several months of subdued readings despite tight labor markets and above-trend economic growth, inflation is accelerating. The Consumer Price Index (CPI) – one of the Fed’s favorite inflation gauges –  rose to a stronger-than-expected 0.5% m/m in January and 0.3% excluding food and energy. Year over year, prices rose 2.1%, 1.8% excluding food and energy. Adding fuel to the fire, producer prices saw rises of similar magnitude. Import prices ticked up in January on the back of a weaker US dollar, a small but supplementary piece of the price puzzle. While certainly newsworthy, the pickup in price pressures won’t force the Federal Reserve to alter its rate-hiking path just yet. Markets still expect three to four quarter-point Fed hikes before the end of 2018 and are assigning a 99% probability to a hike at the Fed’s next policy meeting on March 21st.

Disappointing Retail Sales data slowed the Inflation Euphoria. Retail sales figures for January were disappointing, dampening fears of runaway inflation and creating a confusing situation for markets: Given that consumers drive 75% of economic activity, how can inflation truly have arrived amid a slowdown in retail spending?

The Eurozone maintained robust growth to close out 2017. The eurozone economy grew at a 2.7% annual rate in the final quarter of 2017, just slightly below the 2.8% pace set in Q3. For the full year, gross domestic product grew by 2.5%, the best performance in a decade. Growth continues to broaden beyond Europe’s core, with Spain and Portugal showing particular strength. Despite faster growth and falling unemployment, inflation remains well below the European Central Bank’s 2% target. Japan reported an eighth straight quarter of economic growth in Q4, the longest streak in nearly 30 years. However, the pace of growth slowed to an annualized rate of 0.5% in Q4 versus expectations of a 0.9% rise. Who cares, right? Wrong. The more Europe and Japan exhibit robust growth, the more attractive their Treasury bonds appear to investors, indirectly serving as added momentum to rising US Treasury yields and US interest rates in general.

What to Watch This Week: The data calendar is light, and the week is short – a ripe combination for punditry on where rates are headed. As such, markets will look to central bank communications for guidance on interest rates via a series of scheduled speeches by Fed officials and the release of the January FOMC meeting minutes. The week’s unusually large Treasury bond auctions will add to the mix, as the US Treasury explores the cost of financing a ballooning budget deficit.

Unusually, this week’s release of January FOMC meeting minutes will take on special scrutiny due to the financial markets recent sensitivity to expectations that the Fed is pulling back on monetary stimulus. Recent signs of rising inflation, the weakening US dollar, the recent equity market meltdown and resulting jump in interest rates have rattled even the most stalwart of market pundits.

Take-Away: One of the dominant themes influencing rates now is the looming, increased bond issuance by the US Treasury, as it endeavors to finance the growing Federal deficit. The much-anticipated, larger than usual issuance of government bonds by the Treasury begins this week, with $258 billion in new bond sales on tap. With little in the way of significant economic data to serve as a distraction, the bond sales will provide the clearest gauge yet of just how steeply borrowing costs will need to rise to finance the US government’s growing debt burden.

With Treasury yields already at multi-year highs (the two-year yield reached 2.209 percent last week, the highest since 2008. The five-year yield, at 2.6849 percent, touched the highest since 2010 and the seven-year yield recently hit 2.874 percent, the highest since 2011), many believe the combination of a deluge of new supply of Treasury bonds coupled with the absence of a once reliable buyer – the Fed (due to balance sheet reduction) –  will drive Treasury yields, and interest rates overall, even higher than they are now. Investors are already demanding higher rates from borrowers across money markets, and that’s before the ballooning US budget deficit causes even more short-term issuance later. Adding fuel to the fire, expectations for the Fed to step up the pace of rate hikes in 2018 as government spending heats up the economy seemingly equates to even higher rates in the near-term. Although the consensus seems to be that interest rate are going higher across the curve, this week’s Treasury Bond deluge will keep rate forecasters guessing. 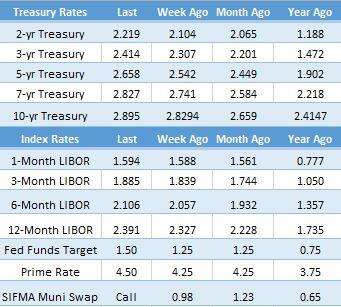 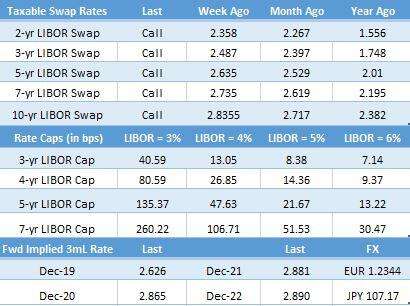 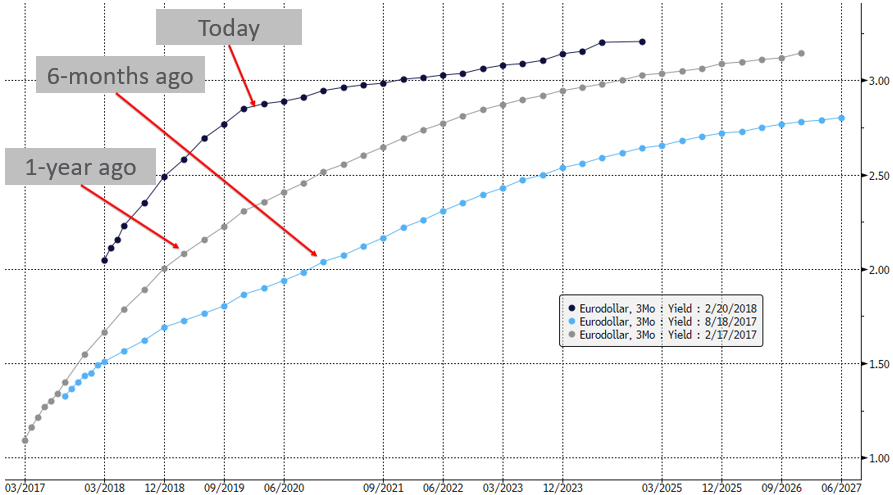 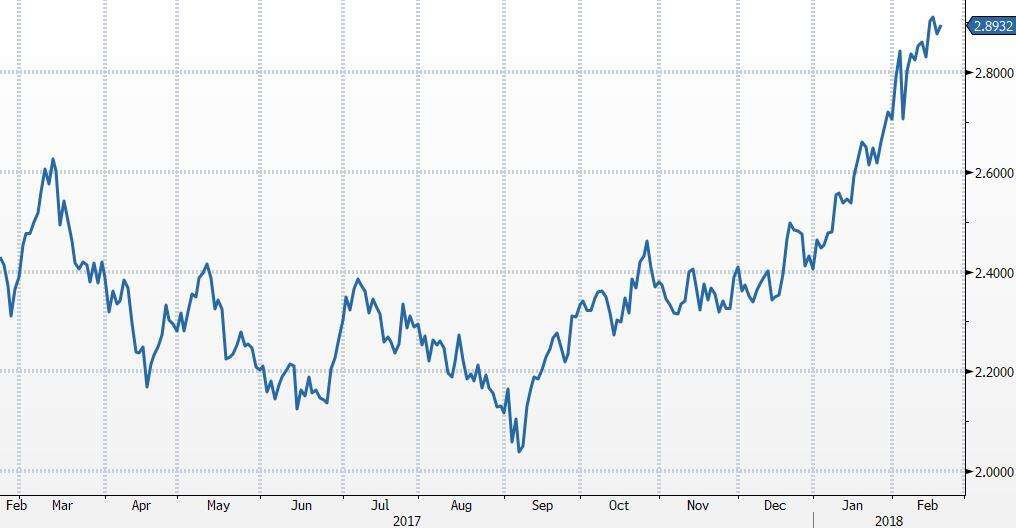